By Paula Wilson on February 12, 2015 in Articles › Entertainment

It's been called "Oprahfication." The strange upswell of interest and popularity that occurred whenever Opra Winfrey casually–or not so casually–mentioned a book, a brand, or even a philosophical idea on her immensely popular talk show. When "The Oprah Winfrey Show" was on the air, if the show's namesake host endorsed your work, it was about as big a deal as if you had just won the lottery. For the most part, she stuck to promoting causes, particular works of art, or just people who were making a difference in the world. But occasionally, she turned her attention to young artists who demonstrated an amazing talent and promise. One of those artists was an eight-year-old prodigy named Akiane Kramarik. She was first introduced to the world on Oprah's show 12 years ago, and since then, her life has changed remarkably. From her early years living in abject poverty, to eventually selling her work for $3 million per painting, Akiane Kramarik's story is the kind of rags-to-riches fairytale that could only exist in Hollywood–but her story couldn't be more real. 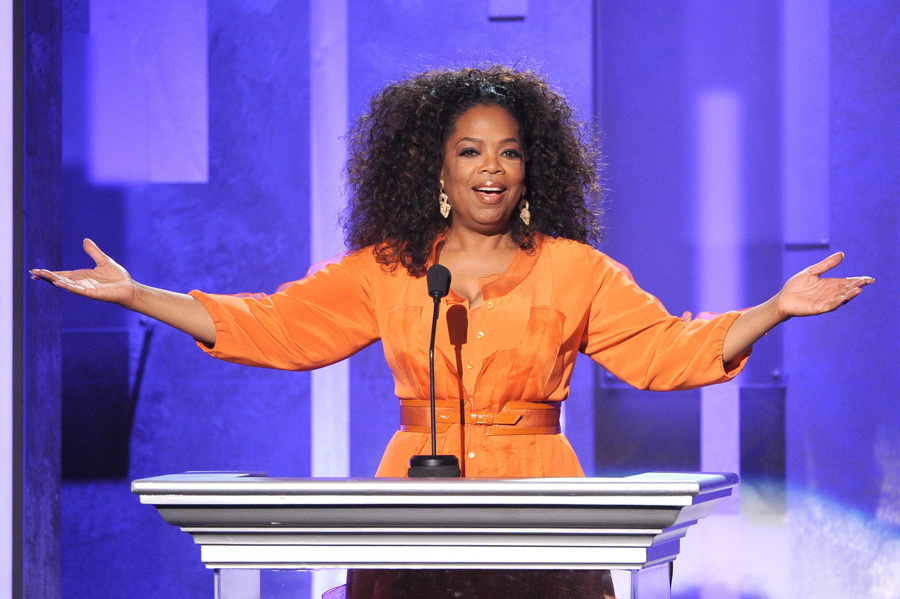 Akiane Kramarik was born on July 9, 1994 in Mount Morris, Illinois. Her early life was impoverished. Her family lived in what they describe as a "dirty shack." She grew up without a television or a radio, and because of their underprivileged circumstances, the family was often shunned by the local community. Consequently, they spent most of their time with each other, rather than mingle with those outside their immediate circle. As a young child, she spent her days learning and playing with her four older brothers. However, when she was three-years-old, Akiane began having powerful dreams. The dreams stayed with her even when she was awake, and she began drawing what she had seen at night on any surface she could find. Eventually, her parents noticed she was constantly drawing, and saved up enough money to buy her a sketch pad and pencils. When she was four, she finally had the chance to bring her visions to life on paper. Her talent was immediately recognizable. She says of that time, "I was just so surprised at the impeccable images in my head that I just had to express them in some sort of physical matter. So I began sketching on anything and I remember these drawings scattered around the dirty shack we used to live in."

She told her parents that God had spoken to her, and had told her to draw and paint. As her talent grew, she moved on to pastels, and she began painting on canvas. By the age of seven, Akiane was waking up at 3 am so she could paint some more. She would emerge from sleep and simply start working, often painting for hours on end. She became so focused on her art that attending school became difficult, and as a result, her parents decided to school her at home. Her incredible talent began to attract notice, but the attention wasn't always positive. Some people accused her of artistic plagarism. Others wanted to burn her art when she attempted to put it on public display. But even as her critics questioned whether a child could create work of this caliber, she continued to churn out painting after painting, as though it was the only thing she knew how to do. In 2003, she caught the attention of Oprah Winfrey, who invited her to appear on her show. Her critics were suddenly left speechless, as she appeared on national television, displaying a 5-foot-long painting she created, along with various self-portraits. The eight-year-old was suddenly the darling of the art world, and everyone wanted a piece of her.

Akiane appeared on numerous talk shows, met with countless dignitaries, and was generally treated like the belle of the ball. The same galleries that had shunned her in the past were now clamoring to show her work. Demand for her sketches and paintings increased exponentially, and the value of her work increased at the same rate. Works that were in danger of being burned just weeks earlier, now fetched $10,000 to $3 million a piece. Her family moved to several different places, trying to find a location where she could paint and still have a childhood, and where they could all maintain some level of anonymity. It was a tall order, and after living in 30 different countries, they finally settled in Queensland, Australia.

Now 20-years-old, Akiane Kramarik, has published two best-selling books, "Akiane: Her Life, Her Art, Her Poetry," and "Akiane My Dream is Bigger Than I: Memories of Tomorrow," while she continues to churn out stunning art, often depicting images of God, Jesus, and celestial representations she says come to her in her dreams. To date, she has produced 200 works of visual art and 800 poems. And Akiane has plans that extend beyond her artwork. She donates a portion of all of her sales to charity, and she is currently planning to open an art institute and gallery in Queensland, so that young artists with talent can have a place to grow and learn. She is considered a child prodigy by many, and she shows no signs of slowing down. In just 12 years, she's gone from being an impoverished child sketching her dreams on whatever surface she could find, to being an internationally celebrated prodigy, whose paintings fetch millions of dollars. Whether you believe her success is the work of divine intervention, or simply the result of an amazing child genius, Akiane's journey is a marvel, and no doubt part miracle.