WeatherTech Founder So Grateful To Vet Clinic That Saved His Dog's Life, He Took Out $6 Million Super Bowl Ad To Thank Them

By Amy Lamare on February 8, 2020 in Articles › Entertainment

There were a number of touching Super Bowl ads on Sunday, February 2. Google's ad with the elderly man asking Google to remember memories about his wife was a tear-jerker for sure. Then there was the spot about the Golden Retriever who was saved from his deadly cancer by the veterinary school at the University of Wisconsin. The WeatherTech ad cost $6 million and was placed by the company's owner, David MacNeil, to thank the veterinary clinic for saving his dog.

In the summer of 2019, MacNeil's beloved dog Scout, a 7-year-old Golden Retriever, collapsed. A veterinarian told him Scout had cancer and one month to live. MacNeil refused to accept that. He took Scout, who is the unofficial mascot of WeatherTech, to the acclaimed School of Veterinary Medicine at the University of Wisconsin. Scout had a 1% chance of survival. He was treated with aggressive chemotherapy and radiation by doctors at the veterinary school. The treatment nearly got rid of his tumor. That treatment saved Scout. 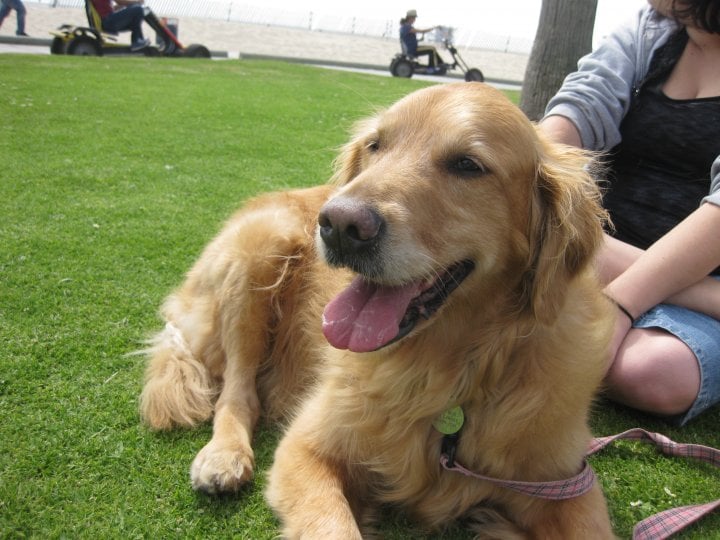 Photo courtesy of the author

MacNeil was so grateful he took out the 30-second spot called "Lucky Dog." The commercial opens with Scout running on the beach. The voice-over tells the story of his diagnosis, treatment, and survival. The ad encourages viewers to donate to the veterinary school's research. Research into animal cancer often helps doctors understand cancer in people.

If MacNeil's name sounds familiar to you, it's for a good reason. In the summer of 2018, we reported on his purchase of a 1963 Ferrari GTO, one of just 36 ever produced, for $70 million. It is the most expensive car ever sold. The buyer was David MacNeil. He was previously known to be a passionate collector of Ferrari cars.

MacNeil's road to wealth started in 1989, when he re-mortgaged his house for $50,000 to start a business importing floor mats for cars from the UK to the US. Previously, he had been a vice president of sales at AMG and noticed the quality of floor car mats was poor. On a vacation in the UK, he noticed that the quality of car floor mats was much higher. After a few years of importing floor mats, he started manufacturing his own in the US under the WeatherTech name. Since that time, the company has expanded to also make and sell other car accessories including trunk liners, pick up bed liners, mud flaps, and seat protectors.