By Joseph Gibson on October 21, 2016 in Articles › Entertainment

Iconic movie automobiles are among the most sought-after pieces on the movie memorabilia market, and one of the most iconic movie automobiles ever recently fetched an impressive sum at auction. It's the 1976 AMC Pacer from the 1992 comedy classic Wayne's World, known forever hence as the "Mirthmobile," which recently went for $37,400 at a Barrett-Jackson auction in Las Vegas.

The Mirthmobile has a few film-specific modifications that set it apart from any other '76 Pacers that may be pretenders to the Mirthmobile throne. These include cosmetic changes like a sweet baby blue paint job in both the exterior and interior of the car (its original color scheme was yellow on the outside, brown on the inside), but were mostly functional for purposes of filming. It has no air conditioner or heater, to that end, and also steel plates welded onto the rocker panels in order to support camera rigs. There's also a hole drilled through the roof in order to achieve the "famous licorice dispenser" effect, retained just as it appears in the movie. 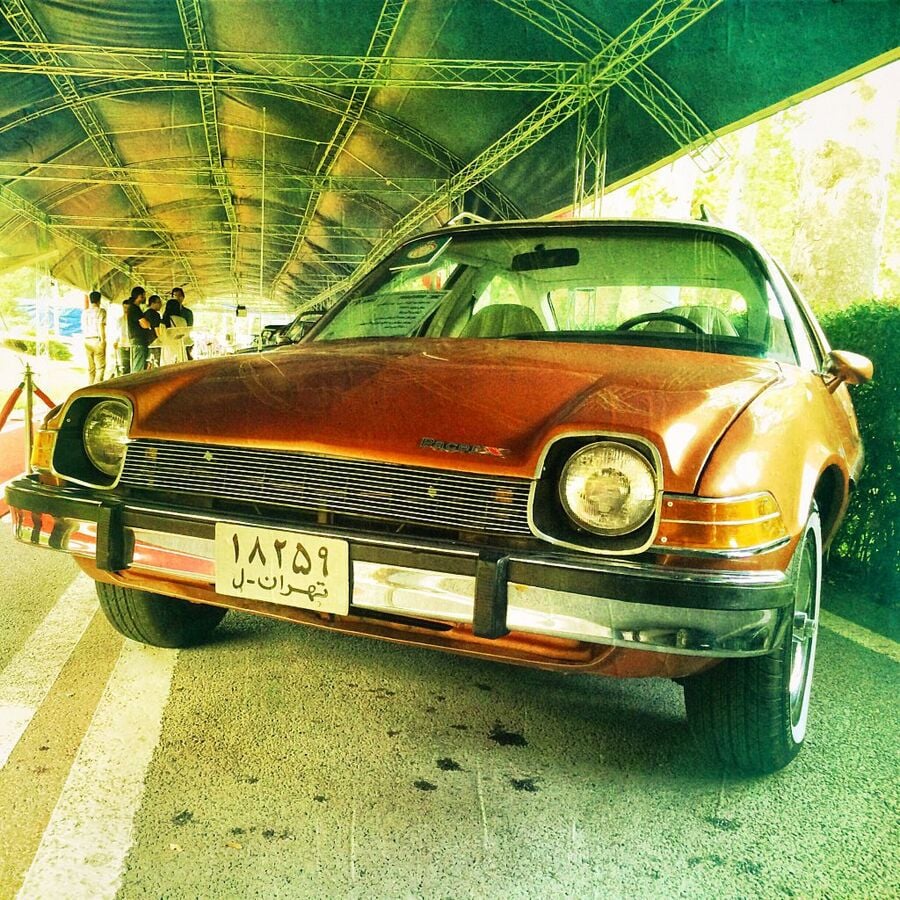 All in all, the Mirthmobile in its present form was meticulously restored to make it look as close to exactly like its appearance in Wayne's World as possible, right down to its mismatched wheels. The only exception to this dynamic should be a pleasing one, since it's found in the car's upgraded stereo system, which is "ready for you to do your own rendition of "Bohemian Rhapsody." Or at least it was, unless you are the person who placed the winning $37,400 bid over the weekend – if not, you may have to keep settling for reenacting the scene in your own car.