If You Want To Be Worth $25 Billion, You Should Have Invented Nutella!

By Amy Lamare on February 14, 2015 in Articles › Entertainment

This article was originally published in December, 2013. We are republishing it today in remembrance of Michele Ferrero–he just passed away at the age of 89. His life story is truly remarkable. Rest in peace!

If you look at a list of the richest people in the world, you'll notice that most of their massive fortunes can be traced to some complex and rather boring service or product, like finance, software development, telecommunications, or maybe oil exploration. So it's nice to discover that there are a few people out there who have earned enormous fortunes creating something simpler, like chocolate. More specifically, Nutella. Let's repeat that. Yes, someone earned a fortune by creating Nutella! And it's not just a small fortune at that. Italian businessman Michele Ferrero is the son of Nutella inventor Pietro Ferrero. Thanks to the huge success of the company's first product, Michele now runs the fourth-largest chocolate maker in the world, Ferrero SpA. Also thanks to Nutella, today Michelle is the richest person in Italy, boasting a personal net worth of $24.8 billion.

Michele Ferrero was born on April 26, 1925 in Dogliani, Italy. His father Pietro was a pastry chef who ran a confectionery shop with Michele's mother Piera. They say necessity is the mother of invention, and for this family, it proved to be absolutely true. During World War II, rationing and embargoes eradicated Italy's supply of cocoa. As a result, all forms of chocolate were extremely difficult to obtain, and this certainly put a crimp in the company's production capabilities. In order to make his very limited supply of cocoa last, Pietro Ferrero began cutting his chocolate products with hazelnuts. (It's important to note here that hazelnuts have had a long history of being plentiful throughout the northwestern Italian region of Piedmont.) The resulting product turned out to be pretty tasty indeed. With a few minor adjustments, Pietro would eventually go on to perfect the product we now know as Nutella. The early iterations had a texture and substance more like a loaf of bread, instead of what you would expect for something that today is often spread on that bread. Eventually, Pietro was able to manipulate the formula sufficiently to give his product a creamier texture. 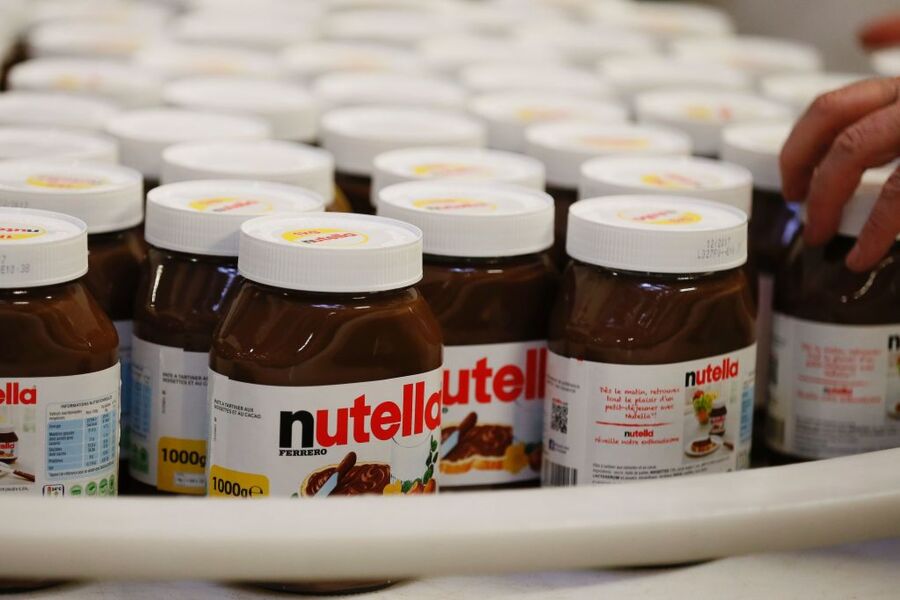 After local residents devoured his new creation, Pietro and his bother Giovanni launched Ferrero SpA. It wasn't long before the Ferrero brothers had transformed their tiny Northern Italy pastry shop into a confectionery factory. Giovanni built a sales network for Ferrero, and is credited with having established the company's wide global reach and distribution capabilities. Michele assumed control of the family's candy empire in 1949.

In 1963, Michele took his father's hazelnut chocolate cream and branded it under the name Nutella throughout Europe. It was an instant success. A few years later, Ferrero launched the Kinder Chocolate line. Known as the "Kinder Surprise," each chocolate has a small toy inside of it. Under Michele Ferrero's leadership, Ferrero SpA introduced many new products and lines, including Ferrero Rocher, Mon Cheri, Tic Tac, and Pocket Coffee. Fast forward a few decades, and today Ferrero SpA is the world's fourth-largest chocolate maker, with more than 30 brands under its umbrella. In 2012, the company reported revenues of more than $11 billion.

In 1997, Michele transferred operating control of the company to his two sons–they are aptly named Pietro and Giovanni. In 2011, Giovanni (the son, not the uncle) was named sole CEO, after his brother Pietro died in a bicycle accident in South Africa, reportedly caused by a heart attack.

Giovanni now leads Ferraro SpA, which has more than 70 affiliated companies, with 15 production plants and 22,000 employees worldwide. For every 100 hazelnuts grown on earth, 15 of them will end up in a Ferrero product. Despite its size, the company and its owners are known for being very secretive and private people. They are so private in fact, they are rarely seen in public.

The 88-year-old Michele spends most of his time at a palatial residence he owns in Monte Carlo. With $24.8 billion in the bank, he is the 28th-richest man in the world. He owns a Ferrari, because what self-respecting Italian billionaire wouldn't? But he actually prefers his bicycle to the sports car, and is reported to ride many miles a day–that is of course, wherever he can without being spotted. Every week, the octogenarian travels via helicopter from Monte Carlo to Ferraro SpA's main factory in Alba, Italy, so he can taste the new recipes. Now that is one sweet gig!