You know that magical moment that can sometimes happen when you're at a social gathering, party, or club, and a particular song comes on and EVERYONE knows the lyrics. Suddenly, total strangers are singing along to the track at the top of their lungs, grinning at each other. It seems to happen most often with "big hair" ballads, 80s "New Wave," and "grown and sexy" R&B. The undisputed queen of "grown and sexy" R&B tracks that get everyone singing, is a singer, songwriter, and actress by the name of Ester Dean. You may not have heard of her, but she's the woman behind a ridiculous number of hit songs, and has a net worth of $24 million to show for it. Just how many hits has she churned out? Read on for just a small sample of her musical resume and check out the profits that have made her the music industry's secret weapon.

Ester Dean, also known as Esther Renay Dean, was born on April 15, 1982 in Muskogee, Oklahoma. She grew up in a family of singers and performers. She spent most of her early childhood years touring with her mother, who toured in multiple gospel plays and was a successful gospel singer. Ester began singing in the chorus while on tour with her mother, and sometimes joined her in the recording studio. Though Ester had originally planned to pursue a career as a chef, by her early teens, it was clear that she was instead going to follow in her mother's performer footsteps. 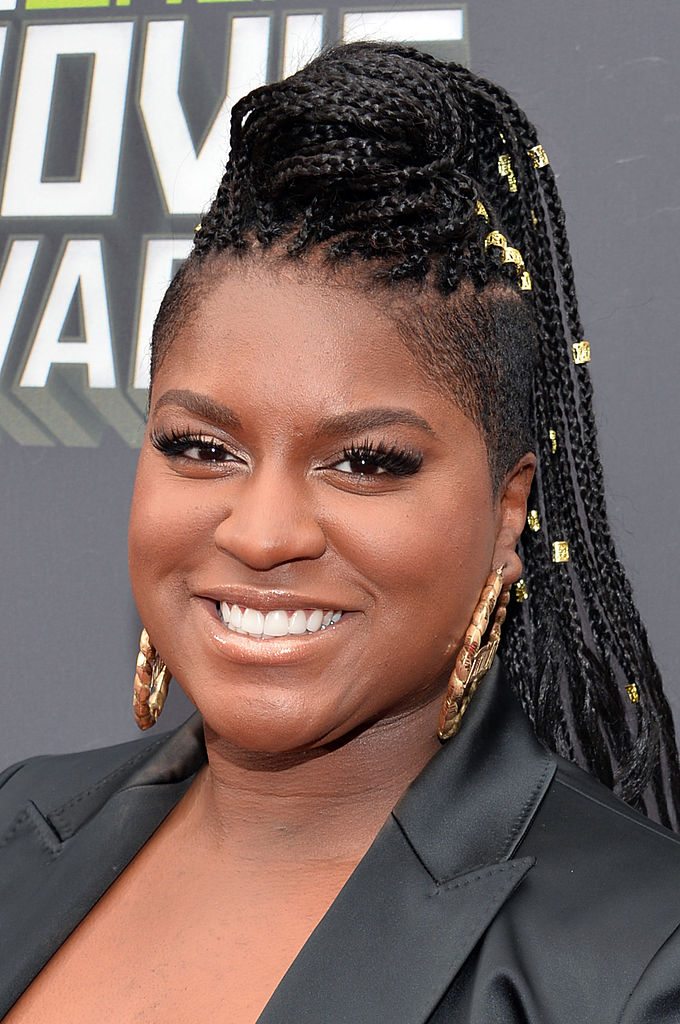 She went on to graduate from Omaha North High, and then moved to Atlanta, Georgia to launch her career. She soon relocated to Los Angeles, California, where she began to develop her songwriting skills. Her writing work caught the attention of Polow da Don, an award-winning producer, songwriter, and rap artist, who has produced tracks for such artists as Nicki Minaj, Limp Bizkit, Keri Hilson, Rihanna, and Usher. She subsequently signed with Zone4/Interscope Records, and began writing and co-writing tracks for a wide range of artists. In 2010, she began producing tracks as well as writing them. For a more complete picture of her behind-the-scenes magic, here's a breakdown of how many copies some of her songs have sold, and how that translates into profits.

Track: Jai Ho (reworking of the original track by A. R. Rahman)

Track: Mr. Know It All

Track: Turn Me On

Track: Come & Get It

She's also written tracks for such artists as Beyonce, Mary J. Blige, Ciara, The Pussycat Dolls, Britney Spears, Tinie Tempah, Lil Wayne, Usher, Pia Toscano, R. Kelly, Kevin McHale, Kelly Rowland, Girlicious, and Christina Aguilera, among, many, many others. In 2009, she released her first single, "Drop It Low" featuring Chris Brown. It peaked at #46 on the US Billboard charts. In 2011, she began doing voiceover work, and has since voiced characters in the animated feature films, "Rio" and "Ice Age: Continental Drift." In 2012, she appeared in the sleeper hit, "Pitch Perfect." In the film, she actually performed some of the songs she'd written for other artists as part of the fictional a cappella group, The Barden Bellas. In March of 2015, she released her first solo album, "Miss Ester Dean," and this May, she is reprising her role in "Pitch Perfect 2." With all of her recent work, it's pretty clear that Ester Dean is finally stepping out from the songwriting shadows. With her acting, singing, and songwriting abilities, it's only a matter of time before it will be her face above the marquee. She may originally have wanted to be a chef, but fate clearly had other plans.