Want To Be Rich And Successful? You'd Better Listen To Marcus Lemonis And Watch His Show "The Profit."

Note from the editor: We were not paid to write this article. I asked Paula to write this because I personally believe Marcus' CNBC show "The Profit" is an absolute necessity for anyone who wants to be successful in business. Every episode is chock full of incredibly valuable business lessons. I watch with a notepad so I can jot down ideas for making CNW better. Marcus is someone I would die to have lunch with someday. Marcus, if you read this – Can I buy you lunch at Shuler's some day? Or how about some Simple Greek when I'm visiting Pittsburgh in July? Sincerely, Brian Warner, General Manger CelebrityNetWorth.com (brian@celebritynetworth.com). Ok, on to Paula's article…

Why do some people seem to succeed so effortlessly? What allows them to make money so easily? Some people are born into money, of course, and they make money because they already have it. Others, however, seem to build their wealth from the ground up, often in surprising ways. Marcus Lemonis is an example of the latter group. With a net worth of $150 million, the millionaire, philanthropist, reality television star, and inventor, has carved out his own niche in the American business world. His story is an interesting tale of discovering what works, and sharing it with the world.

Marcus Anthony Lemonis was born in Beirut, Lebanon on November 18, 1973. The 70s and 80s were periods of intense political and social strife in Lebanon, and it was an incredibly dangerous time to live or work anywhere near the country. When he was still a baby, a Greek couple living in Miami, Florida adopted him. He grew up in a middle class family in the United States that was notable due to his grandfather, the owner of the two largest Chevrolet dealerships in the country. His family was also good friends with Lee Iacocca of Ford fame. In his family, entrepreneurship was fostered quite early in life. According to Lemonis himself, he grew up making deals. He earned money by doing everything from mowing lawns, to selling candy, to promoting local clubs and businesses. Even though everyone around him was involved in the automotive industry, he chose to pursue a different path.

After graduating from high school, he went on to attend Marquette University, where he earned a degree in Political Science. He wanted a career in politics and set out to make a name for himself almost as soon as he graduated in 1995. He ran for a seat in the Florida House of Representatives in the next election but ultimately lost. After debating whether or not to continue in politics, he decided to shift his focus to the family business and he began by working for AutoNation. After working in both retail and management at AutoNation for a few years, he was named CEO of Holiday RV Superstores, Inc. It was during his time with Holiday RV, that he came to realize just how untapped the RV industry truly was at the time. In 2004, he co-founded the RV company Freedom Roads. Utilizing the resources of Freedom Roads, he began buying up smaller RV companies around the country. Two years later, he became CEO of Camping World, when Freedom Roads and Camping World merged. Then in 2011, Camping World merged with Good Sam Enterprises, further expanding Lemonis' reach in the RV world. 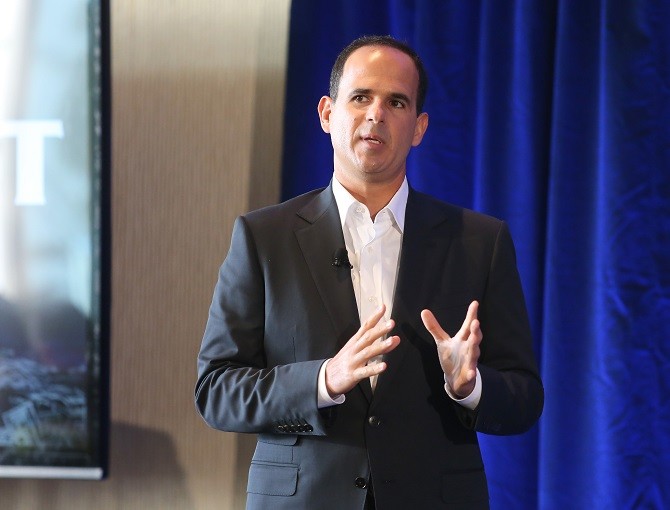 He also formed strategic alliances with NASCAR, sponsoring John Andretti in 2004 and becoming the primary sponsor of the NASCAR East Series in 2007. He recently inked a deal making Camping World the sponsor for NASCAR's Truck Series through 2022. Over the years, Camping World has bought up over 100 smaller RV dealerships, slowly growing into the only place to go RV shopping in the US. The company now employs 6,000 people and records annual sales over $2.5 billion. Lemonis has won numerous awards for his entrepreneurship, including being named to Crain's Chicago Business "40 Under 40" list in 2005 and earning Ernst & Young's "Entrepreneur of the Year" award in 2008.

In 2014, his combined business empire generated more than $2.5 billion worth of revenue.

However, it is not the success of Camping World that has brought him the majority of his fame. Instead, it is his role as the star of CNBC's "The Profit" that has made him a household name and a legend in the business world. The show features Lemonis helping struggling small businesses get back on their feet by investing his own money in the floundering companies. Investing in small business, arts, and medical organizations, was something that he had quietly been doing on his own for years. He'd donated to such companies as the Joffrey Ballet, Lincoln Park Zoo, St. Jude's Children's Research Hospital, and the Zacharias Sexual Abuse Center. He'd also appeared on "Secret Millionaire" and "Celebrity Apprentice." When CNBC approached him in 2013, he jumped at the opportunity to have his own show.

In "The Profit," Marcus seeks out businesses that need help in some way, and offers to personally invest HIS OWN MONEY to help that business succeed. Some of the businesses are struggling and need a full re-organization. Other businesses are kicking ass and need Marcus' experience and money to go to another level.

Marcus says he looks for two things when choosing which companies will appear on the show, #1) "an enticing product/industry" and #2) "passion."

Over the course of the show's first three seasons, Marcus has personally invested more than $23 million in these businesses. This isn't a TV gimmick. CNBC is not fronting that bill. Marcus has written $20 million worth of checks to support, save and expand all of these enterprises. If the businesses fail, Marcus will not get that money back. If they succeed, he will – in spades.

In a 2013 interview, Marcus spoke of his career advice for entrepreneurs. He said, "Have no fear and be willing to fail. It's okay to work for someone else. Ultimately, do what you love." It's a surprisingly simple recipe for success, but Marcus Lemonis seems to live by it. With $150 million in the bank, a thriving business, and a hit reality show, it's a recipe that is clearly working!