Some artists love to be in the spotlight, and some seem to hate it.  Sia Furler, commonly known as just, Sia, is one artist who has a love/hate relationship with stardom.  One of Australia's most popular singers, she has only recently broken through in the United States as a solo artist.  However, American audiences have been listening to her music for years without realizing it.  She has written hit tracks for everyone from Eminem to Lea Michele, and her songs have wracked up millions of dollars in profits.  You know the song "Titanium" by David Guetta? Sia wrote that in 40 minutes. You know "Diamonds" by Rihanna? Sia wrote that in 14 minutes. Her track record is pretty amazing, and she has quietly become one of the most sought after songwriters in the music industry.  To get some idea of just how much her gift with words is worth – read on. 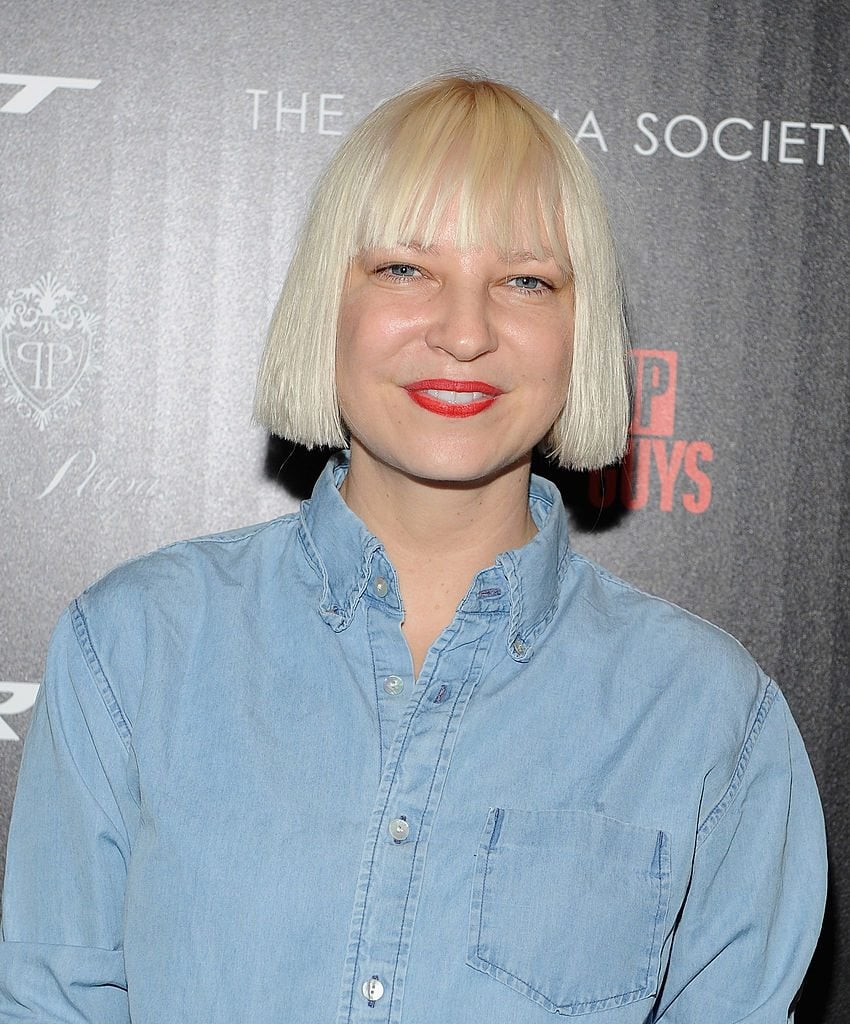 Sia Furler's life has always included music.  Born in Adelaide, South Australia, she grew up with parents who were working musicians.  She was also surrounded by friends and family, the majority of whom were also singer-songwriters and touring musicians.  After finishing high school, her parents gave her a choice, they would pay for braces to correct her crooked teeth, or a year abroad in Italy.  She chose Italy.  While overseas, she got up to perform in a karaoke bar.  The music selection was not to her liking, so she convinced the audience to accompany her while she sang Bill Withers' "Lean On Me".  A DJ in the audience immediately contacted her to record a single, and she was on her way.  After returning to Australia, she dropped out of college, and shifted her focus to music.  Over the years, she has released five studio albums, and her sixth, "1000 Forms of Fear", is set to be released in July of 2014.  In Australia and the UK, she is already immensely popular, and two of her solo albums have gone Platinum in Australia.  She's toured extensively, has won multiple songwriting and music awards, and has even released a "Best Of" compilation album that reached the Top 40 Down Under.

Sia moved to the United States in 2005, but the majority of her popularity as a solo artist, was still confined to Europe and Australia.  Sia's big break in America came after her single "Breathe" was chosen to be used in the final scene of the final episode of the HBO series "Six Feet Under". During the scene, the haunting song plays as a montage shows each main character dying off. Any fan of the show will tell you how incredible that sequence was to watch. It is frequently considered one of the greatest series finale of all time, and a large part of that can arguably be contributed to Sia.

Breathe helped Sia gain a small following in the US. She was a critical darling, but super stardom still seemed elusive.  After a few years struggling on the road both personally and professionally, Sia decided to take a step back from being a pop star and instead shift her focus to songwriting.  In 2007, she approached Christina Aguilera's manager about recording a song she had written.  This led to Sia writing multiple songs for the pop star, four of which were ultimately included on Christina's album, "Bionic". One of which was included in the soundtrack for the film, "Burlesque".  That track, "Bound to You", received a Golden Globe nomination for Best Original Song, and suddenly, Sia was making waves.

Sia followed this up by penning the massive hit, "Titanium" with David Guetta.  Sia wrote the song in under 40 minutes.  She sang the vocals as a demo.  The original intention was to use a popular artist like Katy Perry or Rihanna as the vocalist.  Mary J. Blige recorded a version, but David Guetta was unsatisfied.  He ultimately chose to release the track with Sia's original vocals – without telling her.  The song blew up and everyone came knocking.  As if some switch had been turned, Sia became a hit-making machine in the US, and was suddenly in high demand as a songwriter and producer. 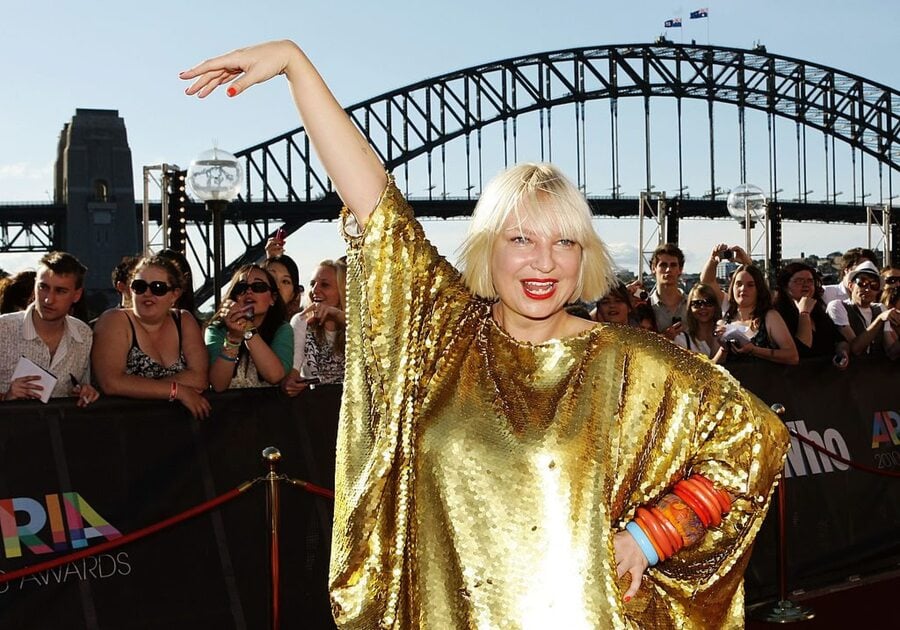 Just how many hits has she churned out in the last few years?  Here's a short list, along with approximately how much each track has made, based ONLY on digital downloads.  These numbers do not include earnings from placement in films, television shows, advertisements, radio play, or physical sales.

Since its release in 2011, the track has gone 5x Platinum in Australia, 3x Platinum in Denmark, Italy, and New Zealand, 2x Platinum in Switzerland and the United States, Platinum in Austria, Belgium, Germany, Mexico, and the UK, and Gold in France and Spain.  It has sold over 6 million copies around the world and has earned approximately $10 million from digital downloads.

Released in December of 2011, immediately following the success of "Titanium", Sia Furler's next hit, went 7x Platinum in Australia, 5x Platinum in Canada and Sweden, 3x Platinum in the US, 2x Platinum in New Zealand, and Gold in Austria, Denmark, Germany, Italy, and Switzerland.  The track has sold just under 6 million copies and has earned approximately $10 million from digital downloads.

"Diamonds" has become one of the best-selling singles of all time and almost 8 million copies of the track have been sold to date.  It went 5x Platinum in Australia, 4x Platinum in Denmark, Sweden, Switzerland, and the United States, 3x Platinum in Italy and Venezuela, 2x Platinum in New Zealand, Platinum in Belgium and the United Kingdom, and Gold in Austria, Canada, and Spain.  It has earned nearly $11 million from digital downloads. Sia reportedly wrote the track in 14 minutes.

In the past few months, her tracks "Pretty Hurts", sung by Beyonce; "Beautiful Pain" performed by Eminem, featuring Sia; "Cannonball" performed by Lea Michele; and "Chasing Shadows" performed by Shakira, have all been released.  They are already on track to becoming big hits, as well.  She has also written successful tracks for Britney Spears, Celine Dion, Rita Ora, Katy Perry, Jessie J, and Kylie Minogue.

With all the sudden success, Sia is still trying to figure out if she likes being in the public eye.  She was featured on the cover of Billboard Magazine in 2013 with a paper bag on her head.  Her new solo single, "Chandelier", which she co-wrote with Jesse Shatkin has been available for less than two months, and has already gone Gold in Australia.  The music video for the track, which was released to YouTube on May 6th, 2014, has already wracked up 7 million views.  However, it features Maddie Zeigler of "Dance Moms" fame, not Sia herself.  The track debuted at #75 on the Billboard Hot 100 in the US, making it only the second time she has charted in the Billboard Hot 100 –  as a solo artist – in her entire career.

It's truly ironic that Sia struggled to get recognized in the US for more than a decade, chose to give up on the idea of recognition to focus on songwriting, and is now poised to break out as a star in her own right.  Odds are, if she manages to keep writing – and performing – the kind of tracks she's been producing for the last five years, she'll be able to get her teeth fixed, travel to Italy, or do whatever the heck she wants, for a many, many years to come.

If you have Spotify, I compiled a playlist of Sia's best songs below, including her new single "Chandelier" which I have a feeling will be a huge hit this summer: