Want To Make A Ton Of Money For The Rest Of Your Life? Write ONE Hit Christmas Song.

By Brian Warner on December 23, 2021 in Articles › Entertainment

Sick of your job? Tired of being broke? Maybe you just want to find a way to earn some extra passive income this holiday season? Well, we have a very simple suggestion: Next time you have a couple hours to kill, boil up a pot of eggnog, light up the fireplace, deck the halls with boughs of holly and write a Christmas song. Actually, you can't just write a random Christmas song that no one ever hears. You need to write a hit Christmas song. A song that is so beloved, it will be played for years to come with dozens of celebrity covers and even more appearances in movies, TV shows and on radio playlists.

Sound too good to true? Well, we will admit that, generally speaking, it is difficult to write a hit song. But listen to the radio for five minutes and you'll know it's definitely not impossible. And we're here to tell you that if you are going to try to write any kind of hit song at all, you would be very wise to make it Christmas friendly. There is a massive fortune out there up for grabs. 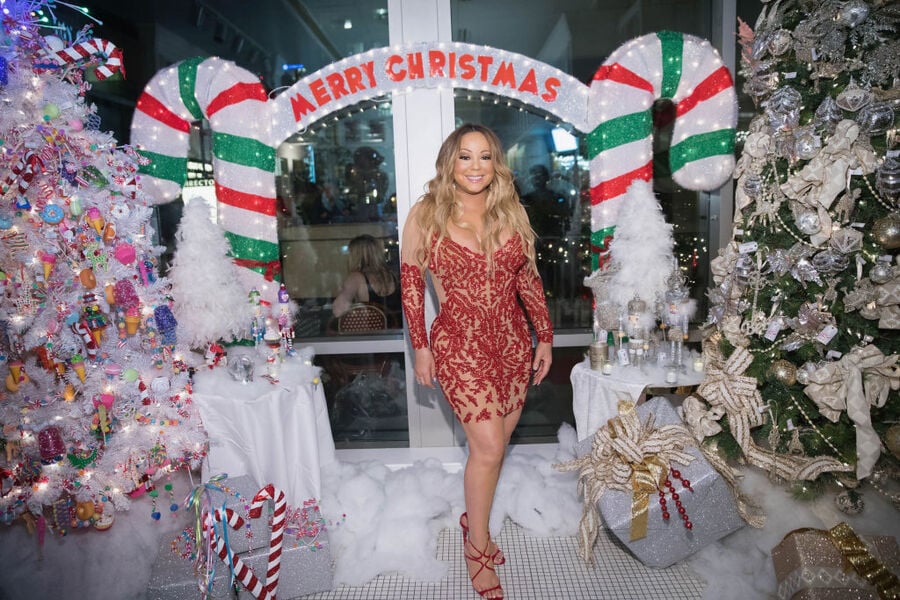 Christmas songs might not get played all year round, but they are what the industry refers to as "evergreen". Unlike a typical pop song that has a life span of maybe 3-4 months before being shoved aside for something newer and shinier, Christmas songs keep coming back every year. Furthermore, Christmas songs are arguably the most covered type of song in the world. Every year, hundreds of popular artists from every musical genre around the world, line up to pay top dollar for the rights to cover a popular Christmas song. So, how much money could you be looking at if you successfully write a classic Christmas song? Below is a list of the most profitable Christmas songs:

And here is a list of the Top Earning Christmas songs of all time:

Before Paul McCartney and The Beatles became famous, they signed a particularly horrible record contract that entitled the song writers (Lennon and McCartney) a relative pittance for every dollar that was earned. After that debacle, Paul had learned his lesson and set about to ensure that he owned 100% of every song he wrote from then on. Ironically, this is the same lesson that McCartney taught Michael Jackson that resulted in MJ buying the entire Beatles catalogue behind Paul's back decades later. But that's a different story. McCartney was very careful to write, produce and perform all aspects of "Wonderful Christmastime" and today it earns him $400-600 thousand dollars in royalties per year.

You probably know this song by its opening line "Chestnuts roasting on an open fire". Ironically, Torme is Jewish and wrote the music and the song in under 45 minutes during a blistering hot Chicago summer. He was just 19 years old. The song has since been covered by hundreds of huge artists including Michael Buble, Tony Bennett, Garth Brooks, Bob Dylan, Frank Sinatra, NSYNC and many more. Despite having written more than 250 songs during his career, "The Christmas Song" was by far Mel's biggest financial success. He often referred to it as "my annuity".

The second of three Christmas songs on this list. The day after the song debuted, over 100,000 people ordered copies of the sheet music. 400,000 copies had sold within a few months. The song has been covered by a wide range of artists including Justin Bieber, Bruce Springsteen and Mariah Carey.

As you may have noticed, Maria and Walter's Christmas classic is basically unavoidable between November 30 and December 25 every year. The song is featured in dozens of Christmas movies and has a massive hit around the holidays on streaming services such as Spotify and Pandora. The song, which reportedly only took 15 minutes to write, generates an estimated $600,000 per year in royalties for Walter and Mariah, $60 million to date.

No song captures the heart of the holidays like "White Christmas". This is ironic when you consider the fact that it was written by a Jewish immigrant from Russia. Bing Crosby's version is by far the most famous but countless other artists have recorded the song. Crosby's version is one of the bestselling pieces of music in history, with over 100 million copies sold worldwide to date. The Guinness Book of World Records recently named "White Christmas" the bestselling single of all time.

So there you have it. Time to start writing Christmas songs! Oh, and if someone out there is inspired by this article and end up writing the next "White Christmas" could we get a cut? We're not greedy. Just a little taste of the backend so we can retire and do nothing all day with you!

If you're really curious to learn about making money off music royalties, check out these two articles: