Want To Make A Billion Dollars? Start A Yogurt Company

By Amy Lamare on November 5, 2013 in Articles › Entertainment

Hamdi Ulukaya is one of the newest billionaires in the world. How did Hamdi earn his billion dollar bank account? Did he start a massively successful internet social network? Nope. Does he run a Wall Street hedge fund? Definitely not. The 42 year old Hamdi Ulukaya is a billionaire thanks to Greek yogurt. More specially, thanks to the company he founded– Chobani— which has taken dairy aisles by storm. Hamdi built his yogurt empire entirely from scractch. He is largely credited with stoking the flames of the Greek yogurt trend, and all because he thought American yogurt tastes bad (IMO, he is not wrong).

A self-described "dairy boy," Ulukaya grew up in Erzincan, Turkey, the son of dairy farmers who ran a feta cheese operation. After studying politics in his home country, he moved to New York in 1995 to study English at Adelphi University. He then took a few courses in graduate school at SUNY before starting his own company. Meanwhile, he thought that American yogurt was terrible tasting and knew he could make something better.

In 2001, Ulukaya started Euphrates, a feta cheese company in central New York. Growing up on a dairy farm that produced feta, this wasn't a huge leap for him career-wise. In 2005, while running Euphrates and making feta cheese he got a direct mail ad advertising a fully equipped yogurt factory for sale. Hamdi didn't pay much attention to it at first glance, but the next day he woke up and decided this was his chance. He wanted to buy the old Kraft Foods plant in Columbus, NY. Five months later the plant was his, after he cobbled together the financing through $1 million in loans, including one from the U.S. government's Small Business Administration. It didn't seem like the best decision at the time, after all Kraft had pulled out of that location and if that behemoth corporation didn't see value in the plant or the location, why should he?

But Ulukaya had a gut feeling. It took him 18 months to perfect the Chobani recipe. He knew he only had one shot to get it right. He had to do everything right to make it work. A family friend from Turkey who is a master yogurt maker was Chobani's sixth employee and an integral piece of the recipe puzzle. He and Hamdi worked closely together on Chobani's secret recipe. Originally, the company went by the name Agro Farma, Inc, but Ulukaya later decided to name it after what he intended to be his flagship brand, Chobani. The name Chobani is a common word in Greek and Turkish that means shepherd.

In the early days, Chobani was getting orders from small stores—and repeat orders at that—which was a relief for Ulukaya—repeat customers meant he'd gotten the recipe for his yogurt right. It wasn't until the big chains started stocking Chobani that things really took off. In late 2009, Costco and BJ's Wholesale Club started selling Chobani. 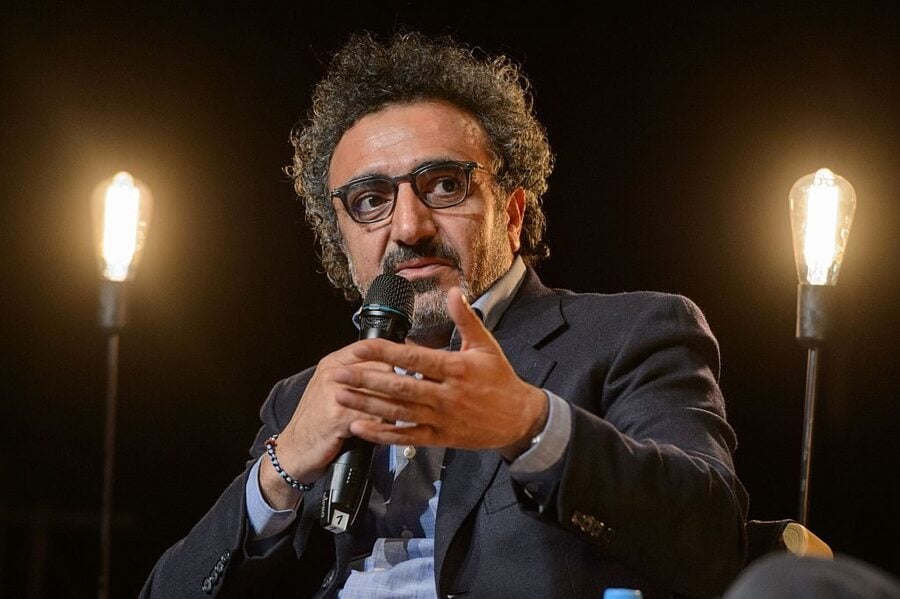 Ulukaya's Chobani brand is largely credited with starting the craze for Greek yogurt in the U.S. Since his yogurt hit grocery store shelves in 2007, sales have risen steadily. In 2009, Chobani sold 200 case of yogurt each week. In 2012, it was selling 1.5 million cases per week. Chobani is the top-selling yogurt brand in the U.S. and it completely dominates the Greek yogurt brands with 50% market share. Chobani has such control of the Greek yogurt market that in 2012, Kraft discontinued its Athenos brand, conceding the battle of the Greek yogurts to Chobani.

Ulukaya took a different approach to marketing his yogurt. He had leveraged all the funding he could get his hands on just to buy the plant and get the yogurt produced. There was no money left over for marketing. He reached out to bloggers and used Facebook and Twitter to directly interact with and communicate with consumers. He also sent a truck full of samples all over the country to festivals and parades. His marketing has come a long way from those days. In 2012, Chobani was a sponsor of the London Summer Olympics.

In 2012, Chobani opened a new $300 million plant in Twin Falls, Idaho and spent $100 million to expand its New York operations. Though he has been approached repeatedly with buyout offers, Ulukaya is not interested in selling. As CEO he is still a part of the day-to-day operations of his company, practically living in the plant.

In the fall of 2013, Chobani made news when they had to institute a recall of mold-tainted yogurt cups. Despite the initial media brouhaha, the company hasn't taking much of a sales hit, if any at all. In fact, sales for the four-week period ending September 28, 2013, rose by 15.7% compared with a year ago. Ulukaya also planned to write a personal letter to each and every one of the 150,000 people that encountered the tainted product. He took the recall very personally and wanted to thank his customers for sticking with Chobani.

The Greek yogurt craze is in full swing and Ulukaya is largely responsible for starting it. It is all due to him seeing opportunity in a shuttered Kraft yogurt plant. He, along with his 1,200 employees, are enjoying the fruits of their labor. Greek yogurt is about 28% of the total U.S. yogurt market. Four years ago it was only 3% of the market. And to top it all off, today Hamdi Ulukaya is officially the world's first yogurt billionaire!