If You Want To Be A Billionaire, You Must Read These Books.

By Amy Lamare on October 8, 2014 in Articles › Entertainment

As much as we all love television, books are still pretty hard to beat when it comes to having the power to teach, inspire, engage, enlighten and motivate. Books broaden your mind and expand your ways of thinking. As a matter of fact, if I ever have the chance to sit down and talk with a billionaire, one of the first questions I would ask is "What books should I read?". Which books were most eye opening? Inspirational? Which books helped the future billionaire get through a really difficult time??? And it would be really amazing if we could ask a whole bunch of billionaires which books they consider to be required reading.

Well, I have good news! Turns out inspirational book questions are fairly common whenever a billionaire is interviewed. And thanks to the internet, it's actually pretty easy to compile a list of the best of the best, top recommendations. So we spent the better part of the last week compiling the following list of the top 10 most-recommended books that inspired and influenced the world's richest billionaires. 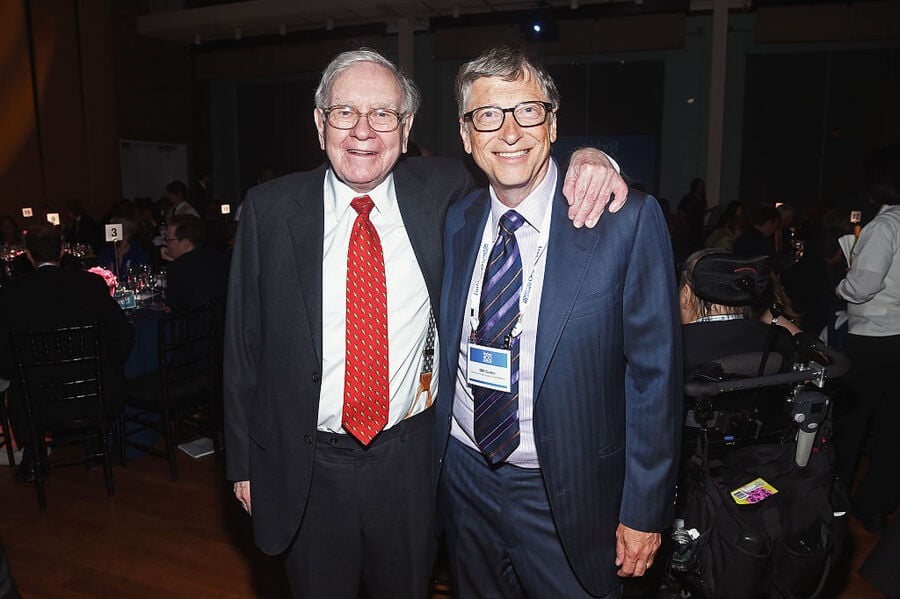 #10: Awaken the Giant Within by Anthony Robbins

Awaken the Giant Within: How to Take Immediate Control of Your Mental, Emotional, Physical, & Financial Destiny was released more than 20 years ago but is still very relevant. This Anthony Robbins book is a self-help classic in which he says if you focus your mind and energies towards attaining realistic goals, you can make them happen. Robbins stressed that we are all the masters of our own destinies. If you aren't happy with your situation at any moment, you alone possess the power to change it.

#9: The Power of Now by Eckhart Tolle

Eckhart Tolle's The Power of Now: A Guide to Spiritual Enlightenment is a must read for any successful entrepreneur as it helps you strategize how to get out of your own way.  The book outlines principles that help the reader to learn how to stop giving into mental and emotional resistance. As Tolle states it- you have three choices—remove yourself from the situation, change the situation, or accept it as reality.  By following those tenets you give yourself the power to control your present and future successes.

#8: Good to Great by Jim Collins

Jim Collins, author of Good to Great: Why Some Companies Make the Leap…And Others Don't, based his book on the simple premise laid out in the title. He wanted to find out if there was one trait, a secret recipe if you will, that characterized very successful companies. The author conducted a study to determine what the key factors were that really great businesses used. He looked at Fortune 500 companies like General Electric, Coca-Cola, and Merck and found that studying the strategies used by successful companies –specifically those related to leadership and management – can give a business the power to transform from good to great.

#7: The E-Myth Revisited by Michael Gerber

Michael Gerber's seminal book The E-Myth Revisited: Why Most Small Businesses Don't Work and What to Do About It was published in 2004 and has changed the way thousands of self-made millionaires think.  Gerber, who is a small business expert, gives statistics on why so many small business fail. He then offers a plan that is designed to avoid failure. Gerber writes that the key is for small business owners to stop working IN their business and start working ON their business. Emphasizing planning, management, and organization must take center stage in a business is to succeed.

#6: The 4-Hour Workweek by Timothy Ferris

In 2007, The 4-Hour Workweek: Escape 9-5, Live Anywhere, and Join the New Rich was released and totally changed the mindset of entrepreneurs. Prior to this book, the idea was that the harder you worked and the more time you put into your work, the more successful you would become. However, Ferris promoted a mobile lifestyle that breaks away from old methods of thinking. He encourages people to reduce the amount of time they spend working and increase the time you are living. The idea is that, in doing so, you build a business that can run without you there 24/7/365.

#5: The War of Art by Steven Pressfield

The War of Art: Break Through the Blocks and Win Your Creative Battles is a must read for creative types everywhere. The book is a hybrid of Sun-Tzu's The Art of War and Julie Cameron's The Artist's Way. The main benefit of this book is that it helps the reader overcome the natural resistance that can get in the way and waylay creative potential. It does this by outlining the idea that there is a war going on inside of us.

#4: Margin of Safety by Seth Klarman

Margin of Safety: Risk-Averse Value Investing Strategies for the Thoughtful Investor is thought of as a sort of Bible in the investing world. It is a book that really does affect success. In 1991, Seth Klarman was called the Warren Buffett of his generation.  Now, 25 years later, Klarman is a billionaire, one of the best investors ever, and his tips and strategies found in this now out of print book are still relevant. Good luck getting your hands on a copy. They go for about $2,000+ per book!

Think and Grow Rich is another book that has been around since the 1930s. It is considered the most important finance book ever written and is credited with inspiring more millionaires and billionaires than any other book. The author was once an advisor to President Franklin D. Roosevelt. Hill advocates for mastermind groups – two or more people working together for a joint objective—a practice that has become how most MBA programs are run.

#2: How to Win Friends and Influence People by Dale Carnegie

How to Win Friends and Influence People is a classic.  It was first published in 1936 and has proven it's worth by how long it has been around. It is one of the first self-help books to become a best seller and it is not a stretch to say it has helped more people succeed in business than any other book of its kind. Carnegie espoused that success in business and finance was a combination of 15% professional knowledge and skill and then 85% of having "the ability to express ideas, to assume leadership, and to arouse enthusiasm among people". Warren Buffett has said this book changed his life.

Outliers: The Story of Success is from Malcolm Gladwell, author of The Tipping Point and Blink. The point of Gladwell's theory lays in showing the habits of successful people. What makes them different from us? What did they do? The book emphasizes case studies of leaders in their professions and how every single example all had factors in place that allowed them to go to a higher level than their peers.  This is Gladwell's 10,000 hour rule. Bill Gates is Bill Gates because he had early access to computers and got his 10,000 hours in. Nearly everyone who has been at the top levels of success in their field has had this advantage of the time to put a lot of practice into their craft. This is true of Steve Jobs, The Beatles, professional athletes, and so on.