The Waltons – How America's Richest Dynasty Came To Be

By Paula Wilson on July 24, 2015 in Articles › Entertainment

Wal-Mart is frequently a major vortex of controversy. But despite these public controversies, the four primary heirs to the Wal-Mart fortune probably never feel anything negative at all. With a combined net worth of $157.4 billion, the Waltons are nearly untouchable. So, how did this dynasty come to be and how do the heirs spend their time and their billions?

Samuel Moore "Sam" Walton, the founder of Wal-Mart, was born on March 28, 1918. He grew up during the Great Depression, and his family moved multiple times. He worked several odd jobs to provide extra income for his parents and siblings, and then went on to attend the University of Missouri. After winning numerous academic honors and heading up various organizations while in college, he graduated in 1940 with a degree in Economics, and immediately began working as a management trainee for J.C. Penney in Iowa. He worked for J.C. Penney for a year and a half, before joining the service during World War II. After the war ended, he began managing his own variety store in Newport, Arkansas. It was part of a chain called, Ben Franklin. Walton's little variety store was different than all others at the time. He stocked a variety of items, and always made sure the shelves were full. His Ben Franklin location began pulling in as much as $225,000 per year. The owners bought it back from him for $50,000, rather than renew his lease. He took the money, and leased another store in a completely different part of Arkansas. With the help of his father-in-law, an extra $20,000, and persistence, he was able to negotiate a 99-year lease. Within three years, he had more than doubled the store's revenue – bringing in $175,000 per year. 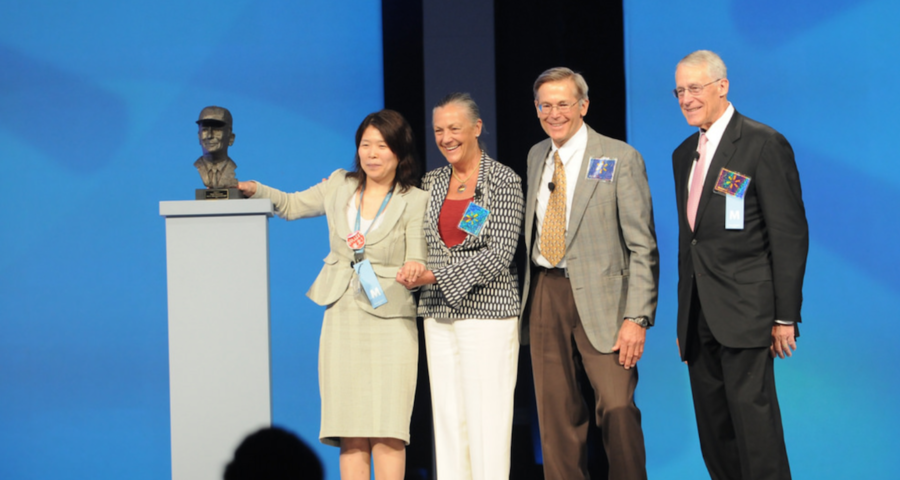 At this point, he had one store in Newport, Arkansas, and another in Bentonville, Arkansas, and was traveling back and forth between the two. It wasn't an ideal situation, but it did instill a love of travel in him. This would come in handy later, when he began scouting for additional store locations. He even went on to earn his pilot's license. The mid-50s saw him expanding his retail business to Missouri, and bringing on his brother as a fellow manager. Over the course of the next eight years, he would grow to manage 16 stores in various cities. By 1962, it had become clear that he should launch his own store, and the first Wal-Mart Discount City opened in Rogers, Arkansas that summer. Right away, he set out to create a different kind of discount store. He actively sought out American manufacturers, rather than foreign companies. He launched his stores in small towns that were an easy drive from his regional warehouses. He then used his own trucking service to move merchandise. By 1985, he had grown to 800 stores.

Rob Walton is still the Chairman of the company, and has a net worth of $38.5 billion. Doug McMillon, a non-family member, is now President. There are currently 11,088 Wal-Mart locations around the world, employing 2. 2 million people. The company's revenue has grown from $50 billion to approximately $475 billion. Sam Walton's retail acumen has paid off in major ways for his family members, and generations of Waltons will reap the rewards of a man most of them will never have met. With the spate of recent protests, there is the question of whether the company has become what Sam Walton expected. He supposedly built Wal-Mart with a commitment to American manufacturing and a focus on providing low cost, quality items to rural communities. As it stands currently, the Waltons may be worth more money than anyone else on the planet, but they seemed to have strayed quite far from the vision of the man who helped them achieve that feat.