At first glance, Tamara Mellon has it all. For fifteen years, Mellon was the muse and face of the luxury shoe brand she co-founded, Jimmy Choo. Her shoes regularly appeared on "Sex and the City," making them an object of great desire for women all over the world. Ms. Mellon started from scratch and built Jimmy Choo into a billion dollar business. She had an insane clothing allowance and a hairstylist and makeup artist on call. She traveled with the jet set, vacationed in St. Bart's, and walked the red carpet at scores of celebrity filled events. When she married in 2000, it was covered by British Vogue. But as it turns out, this glamorous life wasn't making Mellon happy. People close to her betrayed her. The life of kowtowing to private equity investors was not for her. She had panic attacks and nightmares. Then, in 2011, she walked away from it all. She is one of the wealthiest women in England and one of the very few people who made their own fortune rather than inheriting it or marrying into it. Today, Tamara Mellon has a net worth of $280 million and a reputation for ruthlessness. Who is she and how did she come to exemplify high fashion and help usher in the era of the $600 stiletto?

Tamara Mellon was born on July 7, 1967 in London to Tom and Ann Yeardye. Her family was affluent. Her dad was the co-founder of the hair salon chain Vidal Sassoon. Her mother, Ann, was a model for Chanel. In 1976, her family moved to Beverly Hills where her neighbors included the rich and famous such as Nancy Sinatra. Her dad became a stuntman and often played Rock Hudson's stunt double. Despite the move to California, Tamara remained at her British boarding school and spent the summers in California. She concluded her education at age 18 at the same posh Swiss finishing school attended by Princess Diana. 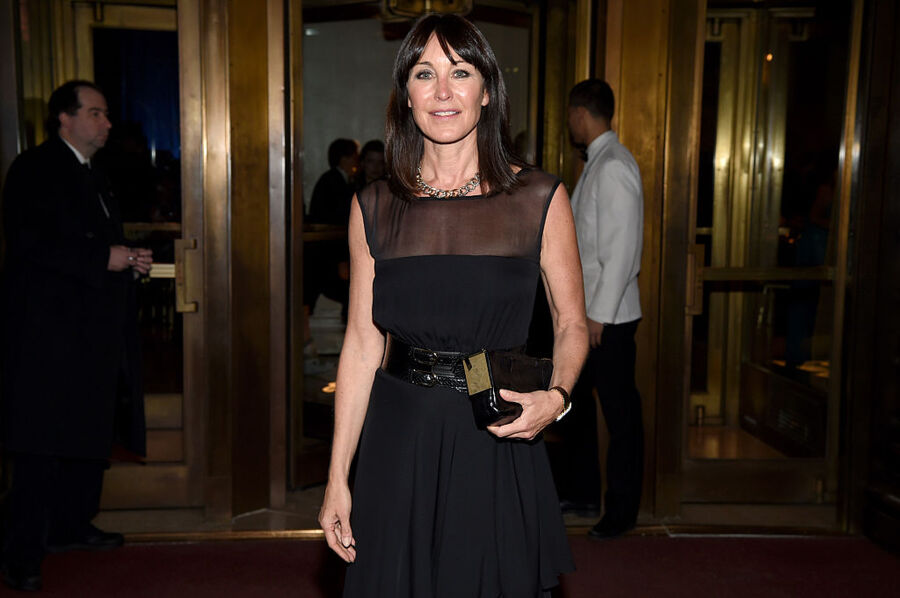 When she got out of school, Tamara sold t-shirts for a short while before getting a job as a PR girl for Phyllis Walters PR. That agency was behind the press for the infamous Versace safety pin dress Liz Hurley wore to a 1994 movie premiere red carpet. Tamara's next stop was the women's magazine (since shuttered), Mirabella. It was a mere stepping-stone to the coveted job of Accessories Editor at British Vogue, to which Tamara ascended in 1990. While at Vogue, Mellon realized that there was not just a market for high-end designer accessories, there was quite a strong demand for them. And then she met a man named Jimmy Choo.

Mellon met down-on-his-luck shoe designer Jimmy Choo in the early 1990s. She approached him about launching a shoe company together. They made an odd pair. She was the affluent young woman from a Swiss finishing school. He was a young Malaysian shoemaker living in the East End of London. Mellon's job as accessories editor at British Vogue meant that she often needed custom-made shoes on very short notice for photo shoots. Choo had shown that he was a master of his craft with a strong work ethic. Vogue's readers took note and found it fairly easy to track him down to make beautiful custom made shoes for them.

While Choo was developing a reputation for beautiful custom-made shoes, Mellon was a party girl. She was staying out all night and using drugs as one of London's "It Girls." Her drug-fueled partying eventually cost her the job at British Vogue and she entered rehab. When she was released a few weeks later, she had a business plan in hand with Jimmy Choo as her partner.

Mellon and Choo made it official. Tamara borrowed $234,840 from her parents and went out to find factories in Italy to make their line of ready-to-wear shoes. In exchange, Mellon's parents took a 50% stake in the company. Choo owned the rest. Jimmy Choo Ltd. launched in 1996.

However, trouble soon reared its ugly head. Mellon accused Choo of not being able to put together a collection. Mellon and Choo's niece Sandra Choi put together the collection and took all the credit. In fact, the one comment Choo had about the shoes Mellon wanted made was that the heels were too high.

Tamara was drinking heavily during this period. She met banking heir Matthew Mellon II at a London Narcotics Anonymous meeting in 1998. Mellon is a descendent of  Thomas Mellon, who made the family fortune during the Gilded Age 100 years ago. Two years later, the couple married in a lavish affair at Blenheim Palace that was covered by British Vogue. Apparently, the magazine had forgiven the former "It Girl" for the partying years that led to her dismissal from the publication.

By 2001, Jimmy Choo Ltd.'s goods were being sold at more than 100 stores, including Saks Fifth Avenue, Bergdorf Goodman, Harvey Nichols, and Harrods. The first Jimmy Choo store opened in London and was soon followed by stores in New York City, Beverly Hills, and Las Vegas. Things were going very well for the company. The same could not be said of the partnership between Choo and Mellon.

Five years into their partnership, Mellon and her father offered to buy Choo out. He refused. They turned to the world of private equity to up the ante. Phoenix Equity Partners bought out Choo for $13 million and took 51% of the business. Additionally Choo was not allowed to talk about the business without permission. Jimmy Choo, Ltd. was worth $29 million at the end of 2001.

It takes a certain amount of balls to not only overthrow the namesake of a company, but also retain his niece Sandra Choi as designer. Yet this is what Tamara did to Jimmy Choo. Her heels got higher and thinner and women flocked to stores to own them for their beauty.

Phoenix Equity Partners was the first of three private equity firms to buy and sell Jimmy Choo over the next decade. It was stressful on Mellon and her staff to be sold every few years and see new management come in, but it was also a period of unprecedented growth for the brand. The company grew from four stores to 110. At the end of 2011, Jimmy Choo Ltd. was worth $900 million.

However, Mellon bristled under control of the equity firms. She felt they were strangling her creativity. When conflicts arose, Mellon's father stepped in to solve them. In 2004, Mellon's father died suddenly, leaving her adrift at Jimmy Choo Ltd. without an advocate.

At the same time, her home life was becoming more and more tumultuous. Tamara and Matthew had become engaged just six months after meeting. Soon after they were married, she claims the banking heir started taking drugs again and disappearing for days. She said her now former husband was bipolar. Nevertheless, the couple had the jet setting, Ferrari driving, high profile lives that their money afforded them. The couple's daughter Araminta was born in the midst of all this chaos in 2002.

In 2003, Tamara made news with her affair with 22-year-old Oscar Humphries. Matthew defended her, saying her affair was his fault because he had once again slipped back into drug addiction while on vacation in Ibiza. During the course of their marriage, Matthew would spend a significant amount of time in rehab for his drug use.

In her memoir, Mellon said that while she was having a Jimmy Choo board meeting in their home, one week after her daughter was born, she was worried that her husband was in the kitchen free-basing. When Tamara and Matthew divorced in 2005 it got almost as much press as their wedding.

In 2007, Tamara made the Sunday Times Rich List for the first time. All those $600 stilettos Jimmy Choo had sold had netted her a personal fortune of $154 million. She was the 64th richest woman in Britain.

However, Tamara's world continued to crumble. After her divorce, she began feuding with her mother. The death of her father and the subsequent sale of the family's stake in Jimmy Choo Ltd. to Lion Capital led to confusion. No one except Tamara seemed quite sure how much money they were due. Mellon took her mother to court in 2009 over $7 million of Jimmy Choo assets that her mother pocketed. Ann Yeardye eventually dropped the case. To this day, Tamara and her mother are estranged.

Tamara moved on, started dating again, and was seen out and about with actor Christian Slater and musician Kid Rock.

Then, in 2011, Jimmy Choo was sold to its current owners, the private equity firm Labelux, for nearly $900 million. Three months later, Mellon resigned. No one tried to stop her.

And what happened then?

When it was all stripped away – the company, the marriage, the support of her parents – Tamara Mellon found happiness.

In 2013, Tamara Mellon launched a clothing and shoe label under her own name. She also began dating, and in 2015, became engaged to former CAA and Disney honcho Michael Ovitz. She lives in New York City and London with her daughter "Minty," and she attended the wedding of her ex-husband as his friend. She no longer has nightmares and panic attacks. Her fabulous life is truly fabulous this time around.