Vladimir Putin's Net Worth Is $200 Billion, According To Prominent Russian Finance Expert

By Brian Warner on March 11, 2018 in Articles › Entertainment

Who is the richest person on the planet? You'd think this would be an easy question to answer. Especially for a website like CNW, that is dedicated to tracking the net worths of the wealthiest people on the planet! And if you were to consult Celebrity Net Worth's real-time list of the top 100 richest people in the world, your answer to this question would be Jeff Bezos, with a net worth of $123 billion. The #2 person would be Bill Gates, with a net worth of $90 billion. So why is this potentially not the correct answer? Two words: Vladimir Putin.

Vladimir Putin has always been a bit of a thorn in our wealth-tracking sides. According to his official Russian asset disclosure forms, Putin's net worth is relatively minimal, considering his power. In his most recent disclosure, Putin claimed his assets were $180,000 in a savings account, a few Russian-made automobiles, and a 16,000 square foot plot of land in the Moscow suburbs. Putin's wife Lyudmila reportedly controls a bank account valued at $260,000. In total, they claim their combined net worth is less than $500,000. 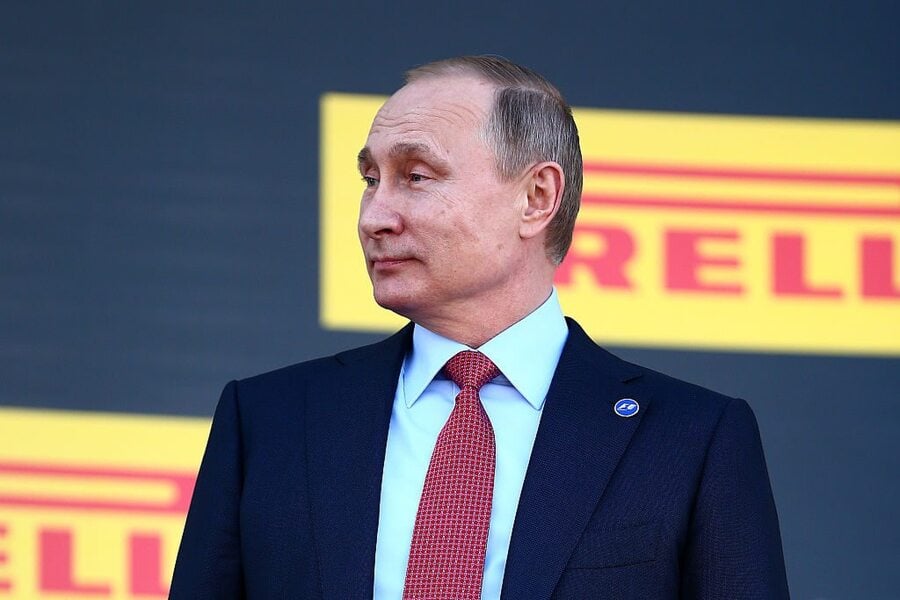 If you think that sounds crazy, you're not alone. Many Russian insiders believe he's worth MUCH, MUCH more. They believe Putin has used his power over the last decade to build large, hidden ownership stakes in several multi-billion dollar commodity firms. In 2013, one of his most vocal critics asserted that these secret stakes would give Putin a net worth of $40 – $70 billion. That's quite a big difference from "less than $500,000."

As of this writing, $70 billion would make Putin the seventh-richest person on the planet, behind Mark Zuckerberg, Warren Buffett, Bernard Arnault, Amancio Ortega, Bill Gates and Jeff Bezos.

But it turns out, $70 billion may even be a gross underestimate.

A prominent Russian finance expert named Bill Browder announced on CNN that he believes Putin is worth at least $200 billion. Browder is a hedge fund manager who, until recently, was the largest foreign investor in Russia. Browder explained his reasoning:

"The first eight or 10 years of Putin's reign over Russia, it was about stealing as much money as he could. And some people, including myself, believe that he's the richest man in the world…with hundreds of billions of dollars of wealth that was stolen from Russia."

When pressed to estimate his approximate net worth, Browder responded:

On how Putin maintains power:

"The power is very simple in Russia–whoever has the power to arrest people is the person in power. And so what Putin does is he has a bunch of guys around him who have the power to arrest people. And so it doesn't matter how rich you are, if you can be arrested, put in jail and have your money taken away, the guy who can do that to you is the most powerful person in Russia."

Incredible, right?! I wonder what will happen to Putin's wealth if the Russian economy continues to collapse. Do you believe that Putin is worth $200 billion, and is therefore the richest person in the world? That would mean he is one of the 10 richest human beings who ever lived, after adjusting for inflation.