By Brian Warner on December 17, 2014 in Articles › Entertainment

It is not a good time to be a Russian billionaire. It's been almost a year since President Vladimir Putin basically invaded Ukraine and subsequently set off a new cold war between Russia and the West. And it's been almost six months since pro-Russian separatists shot down Malaysia Airlines Flight 17, killing 238 innocent people. Yet up until recently, Putin and the Russian elite have seemed completely unaffected by the harsh words, economic sanctions and in-person snubbings that have been levied by Western leaders. Unfortunately for Russia's politicians and billionaires, the game has changed dramatically in the last month. In fact, the last few weeks alone have been nothing short of a nightmare. Especially for Russia's wealthiest citizens. What's causing this nightmare, when will this nightmare end and at what point will it be enough to overthrow Putin?

For most of the last 30 years, being one of Vladimir Putin's cronies has pretty much been a no-lose situation. Sort of like being assigned to Mark Zuckerberg's dorm room at Harvard or being born into the Royal family. If you were lucky or smart enough to become best buddies with Vladimir back in the late 80s/early 90s, there's a very good chance that you are a billionaire today. And if you were unlucky or dumb enough to become one of Putin's enemies, there's a very good chance that you are rotting away in a Siberian jail right now, or literally just rotting away 🙁 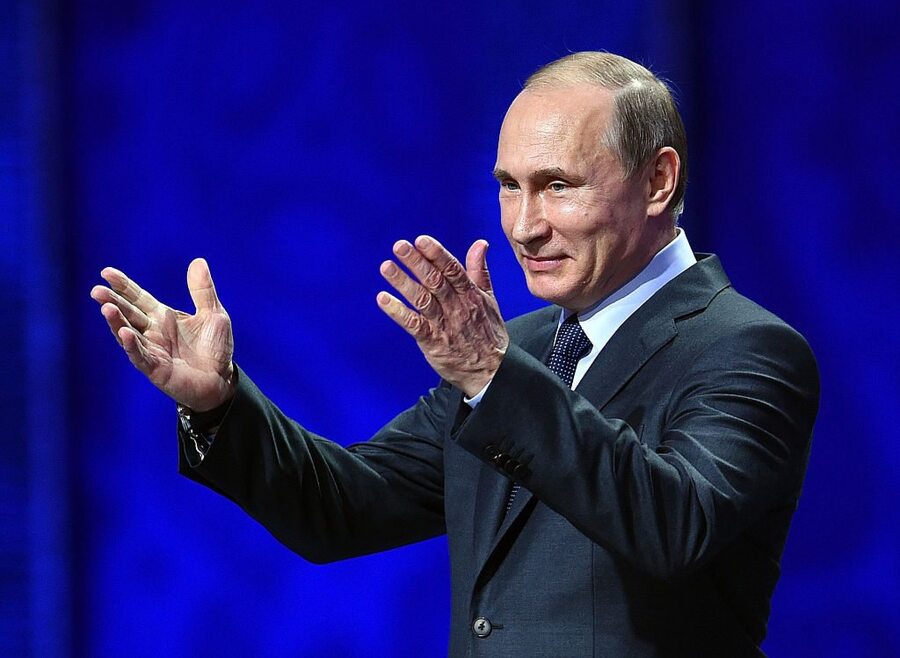 But these last few weeks and months have brought a very new and different feeling to Vladimir's cronies. That feeling might be summed up as a combination of anxiety, regret, terror and depression. Western sanctions that were previously harmless and benign, are finally starting to put some serious pain on the Russian economy and individual businessman. Then the price of oil started to drop. And not just drop. The price of oil, which happens to be the only thing that keeps Russia floating, is tanking. In the last two weeks alone, the price for a single barrel of oil has fallen from $100 to less than $60. Russia reportedly needs oil to sell at or above $107 per barrel just to break even on its infrastructure and expenses. So as you might imagine, the Russian economy is starting to implode. The value of the Russian Ruble has plummeted so dramatically that yesterday Apple announced it will no longer accept Rubles as payment. So Apple is essentially no longer selling its products directly in Russia. How can they? The Ruble has been known to lose as much as 20% of its value in a single day. Retailers can't change their price tags quick enough to keep up!

The Russian stock market is also tanking and that is probably having the most direct impact on Russian billionaire fortunes. For example, Alisher Usmanov has seen the share price of his wireless company OAO MegaFon decline 60% in the last year. As owner of 20% of the company's shares, Alisher's net worth has dropped 25% from $17 billion to $13 billion. As such, he was recently dethroned as Russia's richest person. That honor now belongs to Viktor Vekselberg, who is currently worth $13.6 billion despite the fact that just a few weeks ago he was worth $17 billion.

All of the above factors have led to a previously unimaginable nightmare scenario for Russian billionaires. In the last two days alone, the 20 richest people in Russia have lost a collective $10 billion in personal net worth. Since November 1st, Russia's 20 richest citizens have been forced to sit back while more than $60 billion of their collective wealth has evaporated. Some billionaires have seen more than half of their net worth disappear, practically overnight. And to make matters worse, no one knows when this nightmare is going to end. With Saudi Arabia on the warpath to reduce the price of oil and Western sanctions piling on, the fortunes of Russia's elite are likely going to get a whole lot worse before they get any better. To illustrate my point, here's a list of the top five biggest Russian billionaire losers so far. We've listed their net worth as it stood on November 1st, compared to today:

Net worth on November 1st: $14 billion

How would you feel right now if you were a Russian billionaire? How much of your net worth would have to evaporate before you banded together with other billionaires to overthrow Putin? As easy as it is to say that these guys are still super rich and shouldn't be too upset, how would you feel if you lost 60% of your money in the next two months? How would you feel knowing that you could lose even more? If this keeps up, I think you will see some serious changes at the Kremlin.