By Simon Gerard on August 31, 2011 in Articles › Entertainment

Not content with just space travel through Virgin Galactic, Sir Richard Branson is planning a series of deep sea missions to explore the deepest parts of the earth with Virgin Oceanic.

He will be attempting these missions with the Deep Flight Challenger, a space craft-like submarine built by Hawkes Ocean Technologies. It was originally commissioned by Branson for his close friend Steve Fossett, a famous adventurer who holds 116 world records, including being the first man to fly a balloon around the world. He planned to take the Deep Flight Challenger to the bottom of the Mariana Trench, which is the deepest part of the world's oceans.  Unfortunately, Fossett was killed in a plane crash while he was flying across the Nevada desert.

This submarine will now be Virgin-branded and is already nicknamed the "Necker Nymph" after Branson's Necker Island. IT can operate up to depths of 37,000 feet and run for 24 hours by itself. Built from carbon fiber and titanium, it weighs in at 8,000 lbs and can withstand 1500 times the pressure of an airplane. Note that the Mariana Trench is 36,000 feet deep and the deepest any previous submarine could go was only 18,000 feet.  This sub is launched from a mothership, which is a 125 foot racing catamaran.  A serious omission was no mention of weapons, like an electroshock to ward off giant squids or killer whales. But I imagine Branson would be able to swim out and wrestle any deep sea monsters he runs into anyway. 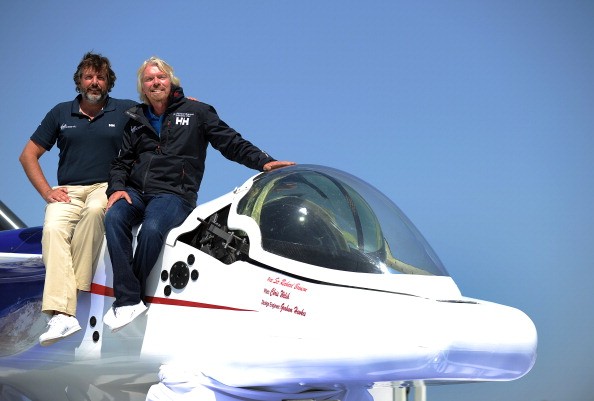 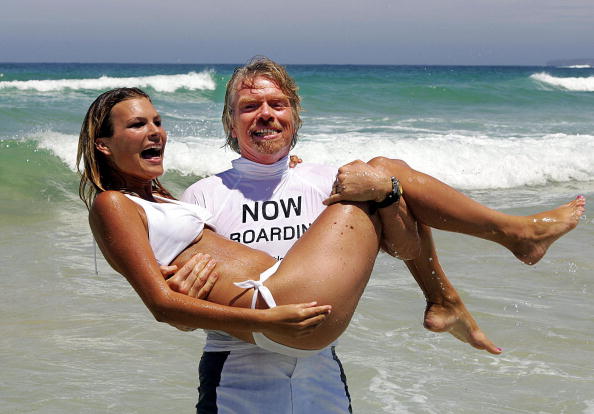 Branson will personally pilot the Puerto Rico Trench dive, with deep sea explorer Chris Welsh as his co-pilot. Welsh will be the pilot and Branson as the co-pilot for the initial Mariana Trench dive. There will be other pilots for the following dives that have not been announced. The Necker Nymph will bring down Google Earth technology to 3D map all of its missions and the BBC will be documenting the whole thing for a TV series and feature film.

No mention yet when Virgin Oceanic will offer commercial tourist trips to deep sea locations, but I will keep you updated if they are planning a reality show to audition for the remaining pilots.  In conclusion, Sir Richard Brandson continues to hold his title of "Most Eccentric Billionaire".

Sir Richard Branson is now offering Virgin Oceanic to the public through this three-seater Necker Nymph.  This underwater convertible is inspired by the submarine James Bond used in the "The Spy Who Loved Me" and is designed similarly to the Deep Flight Challenger. It can dive 30 meters deep with speeds up to 6 knots. It can stay underwater for two hours at a time for a rate of $2,500 a day, which allows for several dives through the day. This three-seater has to have a trained pilot controlling it with room for you and a friend. Unless of course you're Richard Branson, they you'll be driving with two supermodels.

You can rent a Necker Nymph if you are staying at Branson's Necker Island in the Caribbean or if you've chartered his Necker Belle catamaran. Please note unless it's a special event allowing individual room rentals, you'll have to book the whole island for $53,000 a night. And also if you want to charter his Necker Belle catamaran, one of the fastest sea vessels in the world it will cost you $100,000 a week.