By Amy Lamare on October 17, 2013 in Articles › Entertainment

Over the last several decades, the heart of Ho Chi Minh City has been transformed from a ravaged war zone into a thriving cosmopolitan landscape on par with New York City or Hong Kong. One of the main drivers of this transformations has been The Vincom Center A. The Vincom Center A is a 410,000 square foot commercial space with a 5-star, 300 room hotel, high end tenants including Versace, Hermes, and Dior, and three floors of underground parking. It is a $500 million development that could just as easily be found on Rodeo Drive, Fifth Avenue, or Palm Beach. The man behind Vincom Center A is Pham Nhat Vuong, a 44-year old real estate developer who is the richest person in Vietnam. He's actually Vietnam's very first billionaire with a net worth of $1.5 billion. And believe it or not, Pham's entire empire, which includes real estate, resorts, hotels, shopping centers and much more… started out very humbly, selling instant ramen noodles to the people of Ukraine. 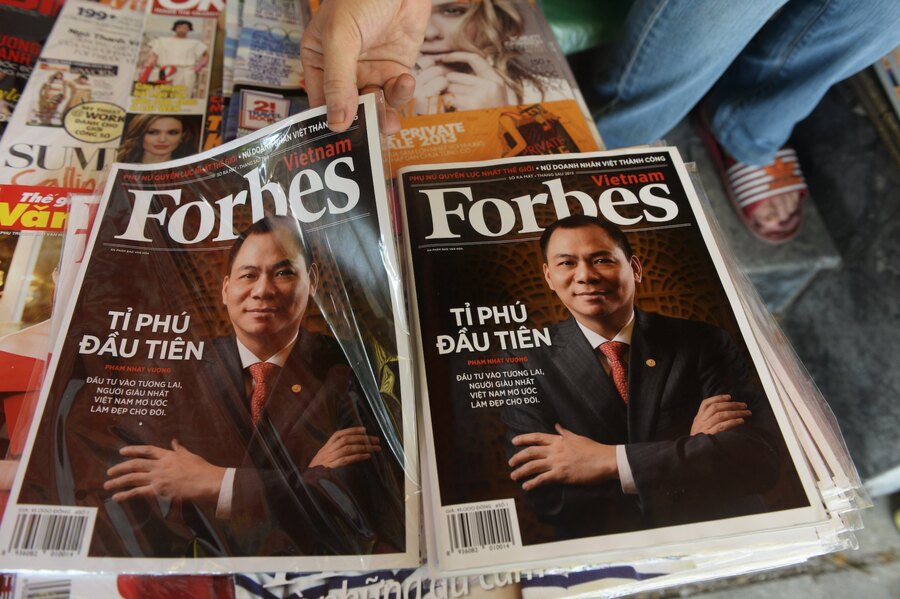 As of October 2013, Vietnam is the 13th most populous country with an estimated population of 90.3 million. It is the eighth-most-populous Asian country. Amazingly, Vietnam wasn't home to a single billionaire until 2013: Pham Nhat Vuong. For the record, human remains in Vietnam date back to 500,000 BC, the Paleolithic age. Let that accomplishment sink in for a moment.

The Vietnam war has been over nearly 40 years yet the events still wield a heavy influence on Vietnam today. Pham, whose name means "prosperity," was born in Hanoi in 1968, the very same year of the Tet Offensive. His mother ran a sidewalk tea stand and his father was a part of the North Vietnamese air defense force. Post-war Vietnam faced a very serious economic crisis. The government's displayed a severe aversion to progress, and had precious few allies outside of Russia. Pham's family subsisted for a time on the meager earnings from his mother's tea cart. Young Pham could not have imagined the wealth that awaited him in the future, he was too focused on surviving day-to-day and finding a way to support his family.

Like many before him across the world, Pham escaped his impoverished circumstances through books. He was a star math student and earned a scholarship to study the economics of raw material extraction at the Moscow Geological Prospecting Institute. He graduated in 1993 into an unusual economic climate. The Soviet Union was in chaos, but back home Vietnam was exploring market-based reforms called Doi Moi within their socialist structure.

Pham married his college sweetheart and chose to remain in Russia to attempt to take advantage of the opportunities that existed in the immediately post-Soviet era. The young couple moved to The Ukraine, a nation struggling to come to grips with capitalism. Over time, Pham scraped together $10,000 from family and friends and opened a Vietnamese restaurant. Simultaneously, he began making and drying ramen noodles via a process he learned in Vietnam. Ukrainians, unlike American college students living on $0.20 packets of ramen noodles (I will never eat them again), had never been exposed to the concept of instant noodles. Like their American college students= counterparts, Ukrainians went nuts for the noodles as they were very poor and very hungry. Ramen – the great cultural unifier! 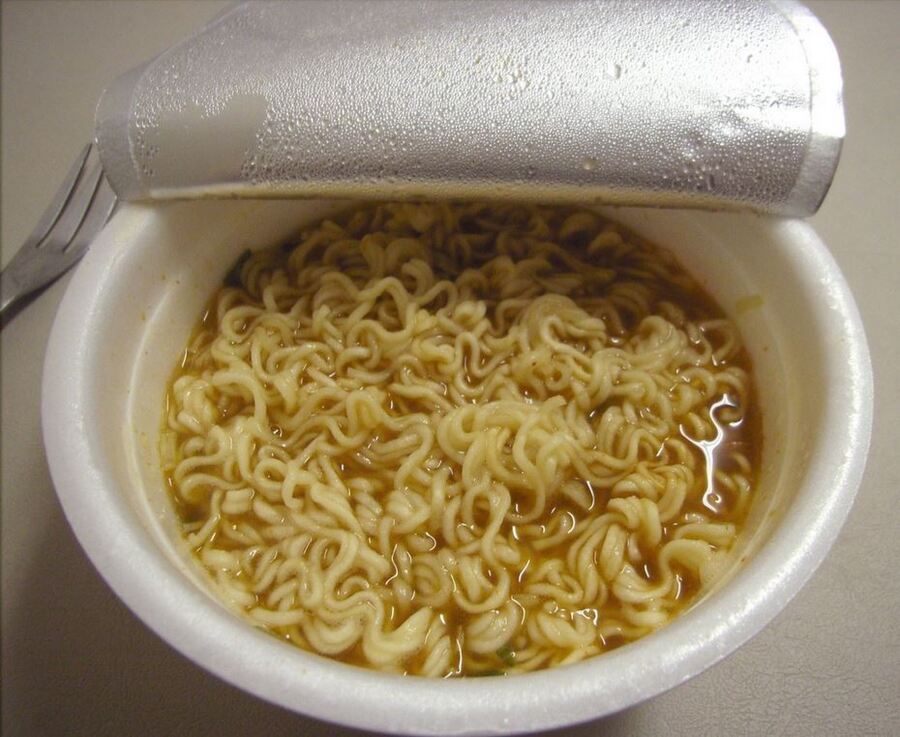 Based on the Ukrainian's response to his noodles, Pham gave opted to take a risk. Instead of running a small noodle shop forever, he chose to grab for the brass ring. Pham borrowed money at an interest rate that in the U.S. would surely be considered usury (8% a month) and expanded his noodle operations to include the dehydrated mixes used to season noodle soup by Vietnamese soup. A Ramen King was born!

Pham and his team put together a half a million noodle packages and gave them away with Vietnamese-themed calendars. The Ukrainians quickly became hooked on the seasoned noodles and Pham was crowned the processed food kind of Ukraine. In 2010, Pham sold his noodle company Technocom , which had revenues of $100 million, to Nestle for $150 million.

But there's more to the story. While Pham was building his noodle empire in the Ukraine, he was funneling money back to projects in Vietnam, preparing to return to build an even bigger post-communist fortune. In 1999 Pham took a trip to the Vietnamese beach city of Nha Trang. Two years prior, Vietnam had managed to dodge the Asian Financial Crisis and the economy was booming. Trade relations with the U.S. were good, and the private sector was being supported. From 2000 to 2006 Vietnam's GDP grew by at least 6% a year.

Pham saw all of this explosion of opportunity and decided to get involved in a a variety of local real estate projects. He took an undeveloped island just off the coast and developed it into the 225 room luxurious Vinpearl Resort Nha Trang. It was immediately successful, as beach resorts usually are. The following year he opened Vincom Center Ba Trieu, Hanoi's first commercial tower complex. Three years later Vinpearl got an upgrade, adding 260 additional rooms and a cable car connecting the island to the mainland. 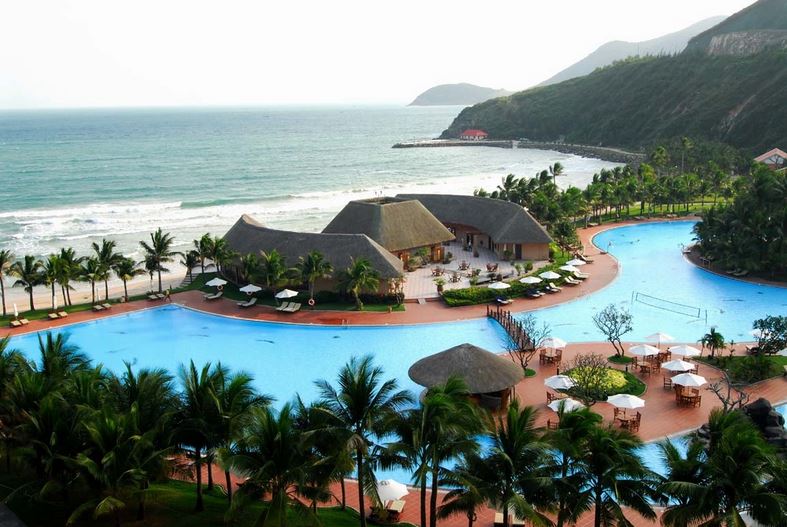 Next, Pham developed high-end townships, including a luxury development with hundreds of villas called Vincom Village in Hanoi. Vincom went public in 2007, but Pham retained Vinpearl as a separate company for his luxury resort developments. In 2011, Pham merged the two into Vingroup.

Pham made his original money in Eastern Europe, and so of course stories have circulated that he had shady connections that allowed him to succeed. This seems par for the course with the Russian and Eastern Europeans.

Pham continues to develop new townships, office towers, resorts, condos, and shopping centers at a lightning speed. Vingroup's portfolio is comprised of 31 real estate developments in all stages of planning, construction, and completion. Vingroup is building the biggest projects in Vietnam. While the country has been mired under a real estate crisis from the 2011 crash of their market and many developers have ceased building for the time being, Pham forges ahead.

What is Pham's secret to success? Focusing on people just like himself – those who are determined to live better than their parents did. In Vietnam, that is a goldmine – 60% of Vietnam's 92 million people are under 40-years old. These are the people he targets with projects in prime locations that appeal to their sensibilities. Pham doesn't just build villas, condos and apartments. He also builds the luxury shopping centers, office complexes, and hospitals that support them. He's like a Las Vegas, Phoenix, or Orange County, California developer of planned, gated communities in that way.

He also completes his projects on time. Where other developers are stuck with bad debts and few sales projects, Vingroup booked $1.7 billion in sales and presales. Where other developers face construction delays, Pham completed Saigon's Vincom Center A, for instance, in just 19 months. All of this allowed Pham to raise $300 million in international bonds through Credit Suisse. 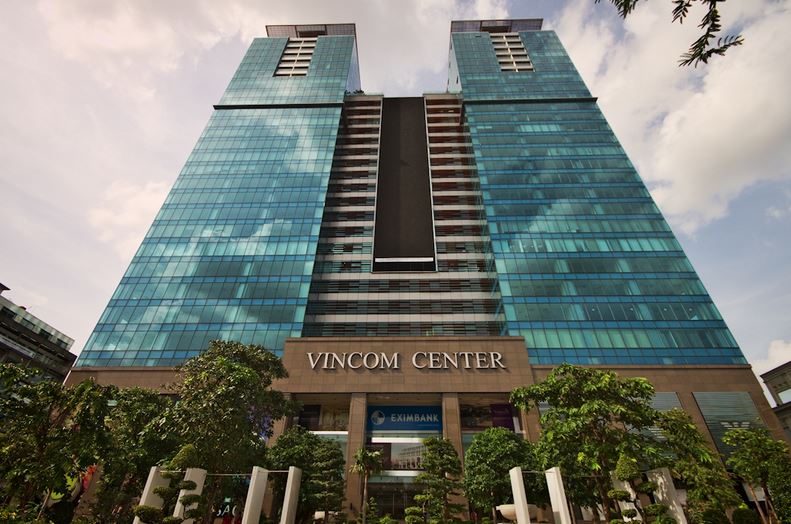 The foreign financing is key, as Vietnam's real estate and stock market are still in crisis and wary of wild growth and spending. This makes it nearly impossible for Pham to raise money domestically. Pham's achievements will serve as his legacy in the still fairly newly capitalistic country. His mom sold tea from a cart on the roadside. Pham dreams of Hanoi and Saigon one day resembling Hong Kong and Singapore.

As of October 2013, Vingroup is the fifth most valuable company on the Vietnamese Stock Exchange. Pham's 53% ownership stake in Vingroup is worth $1.5 billion. Believe it or not, Pham Nhat Vuong is Vietnam's very first billionaire. His meteoric rise is a testament to the opportunity that lies in the post-Vietnam War era of his nation. Today Vietnam is a capitalist nation that remains at heart communist, allowing Pham and others of his ilk to come in and make a killing financially, ironically by being capitalists.

Despite his mansion in the man-made hills of his Vincom Village and Bentley, Pham lives rather modestly and focuses much of his free time and energy on his own charitable foundation. His preferred pastime is watching martial arts movies and his preferred vacations are to his own beach resort at Nha Trang. And to think, it all started from ramen noodles! 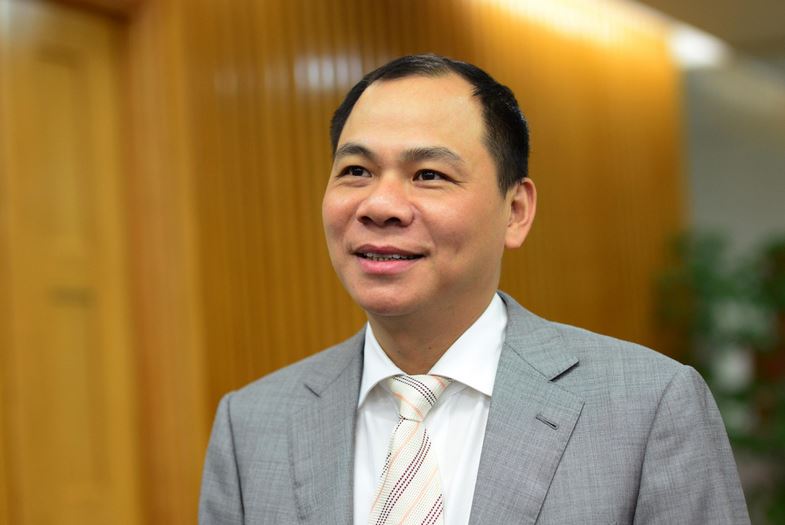 Richest Person In Vietnam
Did we make a mistake?
Submit a correction suggestion and help us fix it!
Submit a Correction