By Brian Warner on October 9, 2012 in Articles › Entertainment

Back in August I left my iPhone in a cab and never saw it again. Even more frustrating than having to spend money on a new phone was the idea that the cab driver or some other passenger found my phone and sold it on ebay the next day. But what could I do? In reality, everyone will lose a personal belonging in a cab at some point, and when you do hopefully it will be something replaceable like your phone, your hat or an umbrella. Hopefully you won't be dumb enough to leave $220,000 cash in a Vegas cab while on your way to the airport!

Earlier this month, Las Vegas cab driver Adam Woldemarim was cleaning his car at 2am after a long day of shuttling people back and forth between hotels on the strip and McCarran airport. After a full shift, Woldemarim is used to finding some trash and the occasional phone, purse or wallet in the back of his cab but nothing that really raises his eyebrows. On this night however, the Ethiopian immigrant came across a black laptop bag wedged between his backseat. A laptop would be unusual for the lost and found but definitely not a first. Imagine Woldemarim's shock when he opened the laptop case and discovered $221,510 in cash! 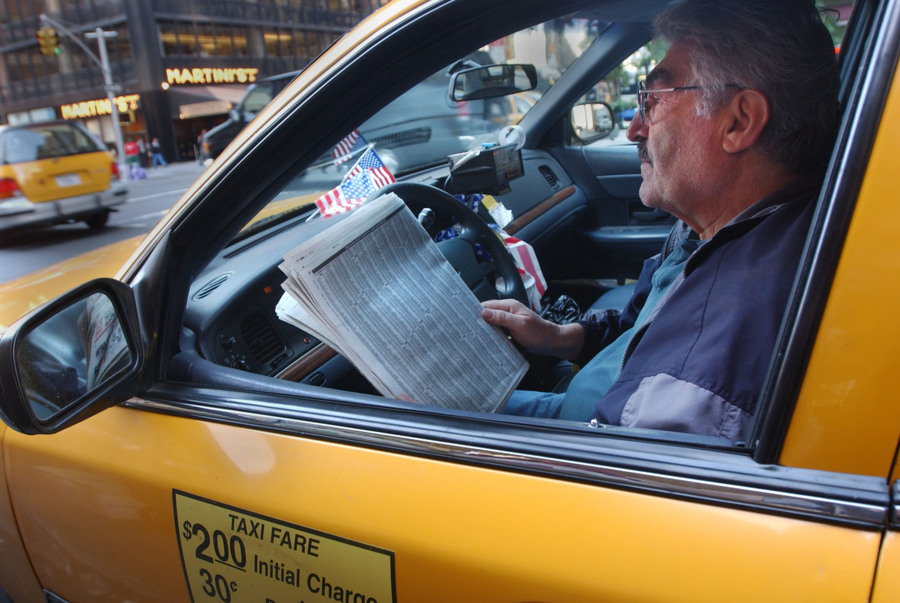 What would you do if you found $221,000 cash in the back of your cab? Keep in mind, Woldemarim earns roughly $18,200 per year before taxes so $220k would be equal to twelve years worth of his total annual income. It would actually be worth even more because the money would be undeclared.

Instead of giving himself an 12 year vacation, Mr. Woldemarim brought the bag directly to the Virgin Valley Cab security office where the money was photographed and reported to local police. Apparently while this was going on, the forgetful gambler realized his mistake, canceled his flight and called the police himself to report what had happened. At 4am, Woldemarim was finally on his way home when the police called and asked him to stop by the station. When he arrived, Woldemarim was bear hugged by a mid-twenties young man in a tshirt and jeans. The forgetful gambler gave his good Samaritan cab driver a $2000 tip for his good deed and everyone went on their way.

If you were the cab driver, would you keep the money?