By Amy Lamare on February 13, 2021 in Articles › Entertainment

Over the past five months, the estate of the late Jeffrey Epstein has paid out almost $50 million to victims of the accused pedophile. Additionally, as the title of this article states, the value of his estate has dropped from $450 million to $240 million since September. More than 100 women have come forward to claim they were victimized by Epstein and applied for compensation from a fund set up in the U.S. Virgin Islands in 2020.

The compensation fund was set up in a Virgin Islands court in June 2020 after Epstein's estate was hit with several lawsuits from his victims. Women who were sexually abused or trafficked by Epstein can apply for a cut of his estate. His estate will be completely liquidated if necessary.

It should be noted that the compensation program is a way for Epstein's victims to get compensation for the crimes committed against them without having to go public with their allegations. That said, in order to receive compensation the women must sign away their rights to file lawsuits against Epstein's estate. As of the end of 2020, Epstein's estate paid out $49.8 million through the compensation fund. It is not known how many victims have received funds from the Epstein estate. The legal filing revealed that the Epstein estate was worth $241 million at the end of 2020 compared to $446 million just five months earlier at the end of September. 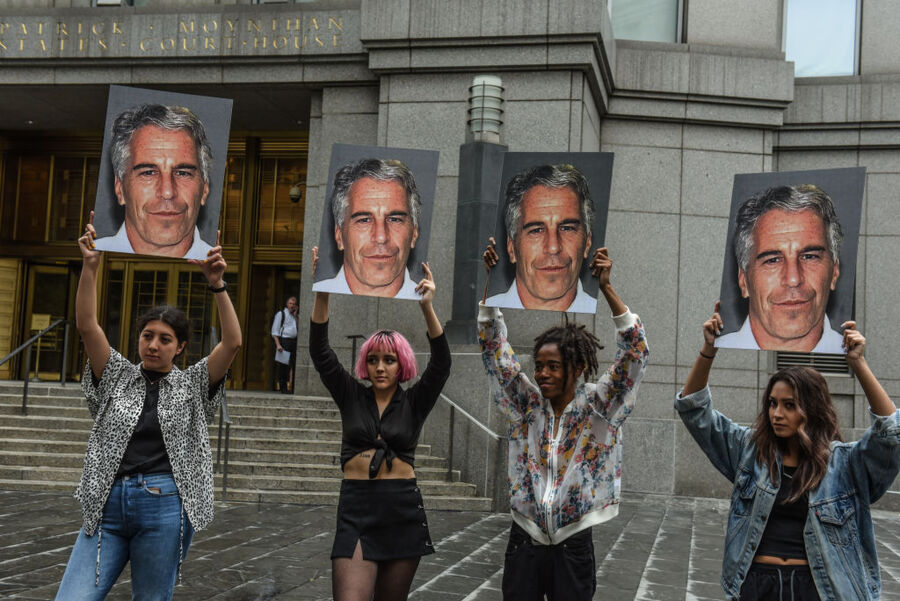 The current total value of Epstein's estate is $241 million with $49 million of that in cash. He's paid out nearly $50 million through the victim's compensation fund. The estate pays out tens of millions of dollars in legal costs every three months. He paid taxes of $162,000 to France for a luxury property he owned in Paris. He paid $2.65 million in taxes to the U.S. Virgin Islands where Epstein owned the islands of Little St. James and Great St. James.

His assets include his art collection, which is valued at $339,000, the proceeds from the $10.5 million sale of his Gulfstream G550 jet, and his stake in the American Yacht Harbor marina in the Virgin Islands worth $5.4 million.

It is not known what will happen to Epstein's Boeing 747 that's been dubbed the "Lolita Express." The plane was last seen abandoned at an airport in Georgia, where a maintenance company claims they are owed $11,000 in storage fees.

The Virgin Islands government filed a lawsuit against Epstein last year accusing him of flying young girls to the islands and moving them to his property via boat or helicopter. The lawsuit claims that Epstein bought the islands to hide his illegal activities from authorities. Epstein was a registered sex offender but with his islands, he was able to block law enforcement from getting beyond the dock of his island. He reportedly met law enforcement officials at his office on another island. The lawsuit alleges that Epstein lured underage girls to the island with the promise of modeling jobs. Some of the victims were just 13 years old. The lawsuit also describes an incident where Epstein organized a search party to capture a 15-year-old girl that was trying to swim away from the island and Epstein's sexual advances.

In 2008, Epstein pleaded guilty to prostitution charges in Florida. He was first publicly accused of forcing underage girls to give happy endings against their will in 2005. Back then, an Australian woman claimed that she was "sexually exploited by Epstein's adult male peers including royalty" when she was just 17 years old. The royalty she was referring to was Prince Andrew, Prince Charles' brother. Epstein allegedly perpetrated more than a decade of serial sexual abuse and rape of girls. In the end, he was found guilty of abusing more than 80 women. And then former Labor Secretary Alexander Acosta helped Epstein avoid the repercussions for his crimes. At the time, Acosta was the U.S. attorney handling the case. He negotiated a plea agreement that concealed the extent of Epstein's crimes and the sheer number of people involved. The agreement charged Epstein with a single count of soliciting a minor. He was sentenced to 18 months in a Palm Beach jail. During that time, he was allowed to leave six days a week for "work release." He served 13 months of his sentence.

In 2019 he was charged with sexual abuse and trafficking of underage girls by federal prosecutors in Manhattan. Epstein faced 45 years in prison if convicted. He committed suicide in his jail cell in August 2019. Two days before he committed suicide he wrote a new will and placed $578 million in assets into a trust. At the time, it was thought that this act could complicate the efforts of the women he sexually abused as teenagers to collect damages. The new will laid out a net worth that totaled at least $577 million. His listed assets included $56 million in cash, $113 million in equities, $14 million in bonds, $195 million invested with hedge funds, and six properties worth a combined $178 million. When he totaled everything up, Jeffrey Epstein estimated his net worth to be $577,672,654. Epstein – died in a federal jail cell in New York City on August 10. A copy of the will was filed with the court in the U.S. Virgin Islands on August 15.  Epstein's real estate – from his Manhattan mansion to his New Mexico ranch, to his Paris apartment to his Palm Beach estate to the private islands he owns in the Caribbean, are owned by various entities that are defined in the will.

At the current rate the victims' compensation fund is paying out victims plus the tens of millions in legal fees every 90 days plus the many lawsuits filed against Epstein, his estate will be completely liquidated in the near future.