The Most Valuable NBA Teams

By Amy Lamare on February 5, 2014 in Articles › Entertainment

On February 1, 2014, David Stern stepped down as commissioner of the NBA after holding the position for 30 years. Compared to the league he took over in February 1984, today's National Basketball Association is unrecognizable. Back then, the NBA struggled financially and was the least popular of the major professional sports. Over his 30 year tenure, Stern turned the NBA into a global profit engine. In the 1982-83 season, the NBA's total revenues were a paltry $118 million. In 2013, league revenues topped $5 billion. Back in 1983, the Sacramento Kings sold for $10.5 million, in May 2013, the same team sold for $534 million. When Stern took over, the NBA playoffs were on tape delay (of course there also was no internet to spoil the outcome). Today they are live in 215 countries.

Not surprisingly, these impressive achievements have directly contributed to the surge of NBA team values. The values of franchises have absolutely sky rocketed in the past few years, largely due to the unlimited growth potential of the NBA's revenues. Television revenues, changes in ownership, new venues to play in, and merchandising all contribute to the sky-high value of the ten Most Valuable NBA Teams. On the list, the Brooklyn Nets have seen the fastest rise in value, fueled by the team's move from New Jersey to Brooklyn. That move is estimated to account for a 108% rise in the franchise's value. However, franchise value has little to do with success this year, as none of the teams in the top five are over .500 this season. 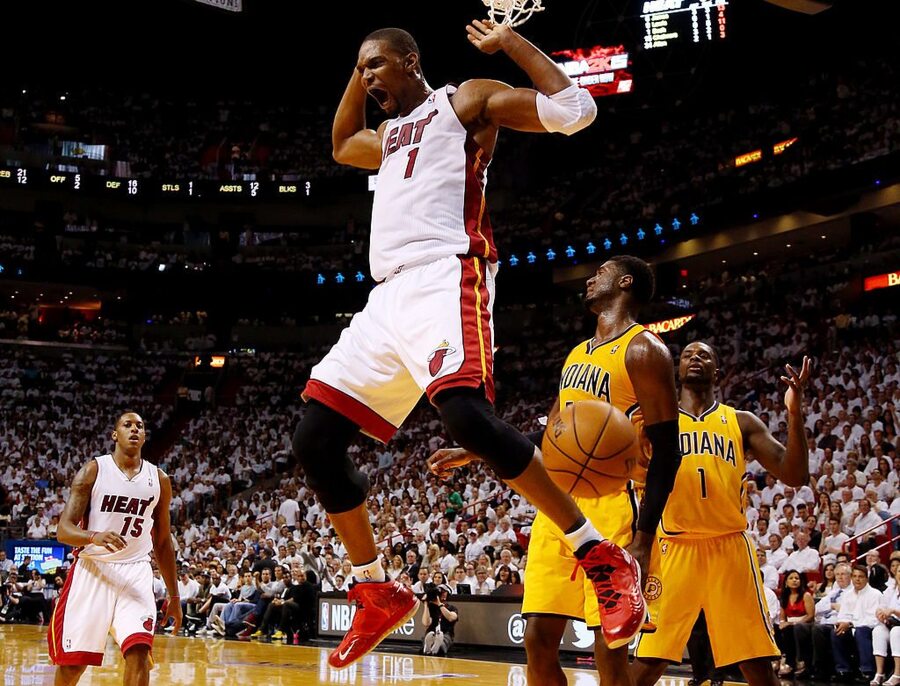 The fact that since 1997 the Spurs have the highest winning percentage in ALL of professional sports and that they have four NBA Championships in that time period, helps the franchise value.

Last summer, Vivek Ranadive, who had a small investment in the Warriors, sold his stake for a price that valued the team at a record $800 million. The Warriors are building a new arena on the waterfront in San Francisco reported to be costing $1 billion.

Last season Dallas missed the playoffs for the first time since 2000 but were still one of the six NBA teams that sold out every regular season game. Dirk Nowitzki's $22.7 million keeps owner Mark Cuban's payroll on the high side, he's had to pay more than $100 million in luxury tax payments over the past decade.

The reigning back-to-back NBA Champs have seen their value rise since LeBron James joined the team in 2010. The Heat deployed a new season ticket renewal option that helped lock up more than half of their subscribers in a three season plan.

The Rockets are suffering in television ratings (and therefore revenues) as only roughly 40 percent of the Houston market gets the channel their games are on, CSN Houston due to carriers refusing to pay the subscription fee.

The Nets' owner is serious about wanting to bring an NBA title to Brooklyn and he's sparing no expense in his efforts. The team's $101 million dollar payroll (and resulting luxury tax bill of $80 million) have the Nets on track to lose about $50 million this season.

The top four most valuable NBA teams are no surprise as they represent the traditional "old guard" as well as the largest markets in basketball with Boston, Chicago, Los Angeles, and New York. However, the franchise values and payrolls are staggering.

The Celtics saved a bundle on payroll this season by releasing coach Doc Rivers from his contract and trading Kevin Garnett, Paul Pierce, and Jason Terry to the Nets. After six straight seasons of paying the luxury tax this has to be a relief for management and ownership. Doc Rivers, who now coaches the Los Angeles Clippers, made $7 million per year. New coach Brad Stevens is making half that.

The Bulls are always one of the most profitable teams in the NBA due to having the best attendance in the NBA and also a relatively small payroll. Even with a slightly increased payroll and $3.9 million luxury tax the Bulls' profits were fourth highest out of all NBA teams. The new naming agreement with United Airlines for the arena is reported to be worth $5 million a year.

The Lakers had the NBA's largest luxury tax bill last season on their $100 million payroll. They paid $29.3 million as a result. The new-ish teal with Time Warner Cable's SportsNet has a target audience of 261,000 per game, making the Lakers' ratings the fourth highest in the league.

The $1 billion renovation of Madison Square Garden pushed up the operating income of the Knicks, making it the highest in the history of the NBA. The Knicks were second in TV audient per game with 230,000.