The stock market has been particularly volatile for a while now. What this says about the economy in the weeks and months to come is ominous. Just ask Michael Pearson, CEO of Valeant Pharmaceuticals. He had a no good, very bad day last week when, in a single day, he lost $180 million, after shares of the company he runs fell more than 50%. His personal fortune dropped 40% on that day. Even worse for Pearson, his net worth has plummeted over the past year from more than $1 billion to just $175 million.

It has been a rough year for Pearson so far. He had pneumonia over the Christmas holiday, which landed him in the hospital. He's been on medical leave for two months. On his first day back in the office, the SEC announced that they were launching a formal investigation into his company. A week before that, Valeant had to admit that it would be adjusting its reporting of the company's fourth quarter earnings, due to a reporting error of $58 million.

Pearson joined the ranks of the billionaire's club in April 2014. At the time, Pearson was working with hedge fund manager William Ackman to put together a deal for Valeant to acquire Allergen, the makers of Botox, for $6 billion. The deal never came to fruition and eventually Allergen was purchased by Actavis. 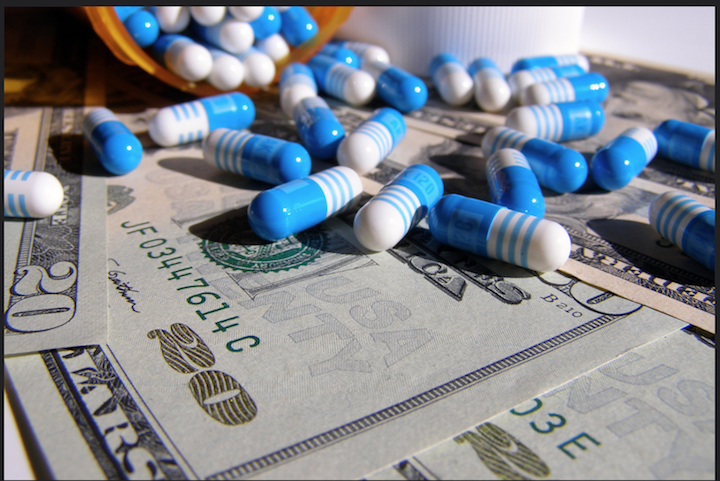 Valeant's high-profile investors had a lot of faith in Pearson, with good cause. When he was appointed CEO in September 2010, he brought ideas with him from his days at the venerable management consulting firm, McKinsey. He applied complicated tax strategies to benefit Valeant, went on an acquisition binge, and increased the prices of a number of the company's drugs. For nearly five years, his formula –which was light on both marketing and research and development – worked very well. During that time, Valeant Pharmaceuticals was one of the best-performing stocks on the New York Stock Exchange. From the time Pearson became the company's CEO in September 2010, until August 5, 2015, Valeant's share price increased by more than 1,000%. At its peak, it traded at $262 a share.

Valeant and Pearson were flying high. In January 2015, Pearson agreed to a new compensation deal with no base salary. Instead, his earnings would be completely tied to Valeant's performance. He also agreed not to sell any of his shares until 2017. And why not? He had a five-year track record of growth and profitability with Valeant. This deal probably felt like a no-brainer to him at the time.

Alas, Valeant's luck ran out, leading to the sharp decline in share price. As of the writing of this article, Valeant was trading at $28.98.

The trouble at Valeant began last September, when an investigation into the company's pricing strategy was launched. According to the complaint filed with the House Oversight and Government Reform Committee, Valeant raised the prices of potentially life saving heart drugs Nitropress and Isuprel by 212% and 525%, respectively.

Then in October, it was revealed that Valeant was using a specialty pharmacy called Phildor to distribute its drugs. Specialty pharmacies are an easy way for patients to get insurance reimbursement – sometimes these pharmacies even pay the patient's co-pay for them. This had been previously undisclosed and is significant, because Phildor is partially owned by Valeant, creating what investors felt was a breach of trust.

Then, in November, Goldman Sachs demanded the repayment of $100 million in loans Pearson had taken out in April 2014. The loans were personal loans taken out to fund charitable donations to Duke University, taxes on stock awards, a community swimming pool, and to purchase more shares of Valeant.

Pearson had to sell 1.3 million of those Valeant shares to meet the margin call (remember, he still cannot sell the shares that are a part of his compensation package). When that bit of news was released, the company's stock price fell by 14%.

The following month brought with it Pearson's illness. In his absence, investigations into Valeant intensified, the financials were adjusted, and U.S. lawmakers are still looking into the price gouging allegations. It is too early to tell whether or not Valeant will rebound from this low point. The same can be said of Pearson, who confidently tied his fate to that of the company's.