By Amy Lamare on September 28, 2017 in Articles › Entertainment

It's not that unusual for an athlete to make the list of the 100 top paid celebrities of the year. There are plenty of basketball, football, soccer, and golf players on the list. There's even a tennis player and race car driver or two. However, it is almost unheard of for a RUNNER to make that list, but that's just what sprinter Usain Bolt has done. The Jamaican sprinter brought home a solid $34.2 million in the past year.

The 31-year-old Jamaican is largely considered to be the GOAT. (That's greatest of all time for those who may not know.) Bolt, besides having the most perfect name for a sprinter, is the only runner in history to sweep the gold medals in the 100 meter, 200 meter, and 4×100 meter relay in three consecutive Olympics, a feat referred to as the "triple double."

Bolt just recently retired after a disappointing finish at the 2017 World Championships in London. Hobbled by a strained hamstring, he logged his first bronze medal of his career. 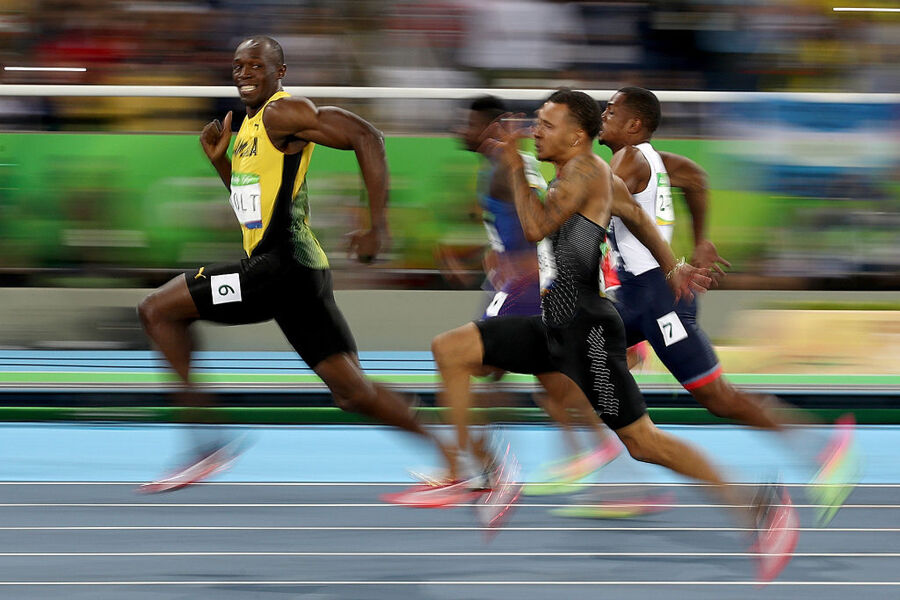 Bolt's annual salary for the past year was a respectable $2.2 million. He made an additional $34 million from sponsorships and endorsements. He is a master marketer with more than a dozen deals with XM, Advil, Sprint (ha ha), Mumm, and Kinder, to name just a few. His biggest endorsement deal is with Puma. The running shoe and athletic wear company pays Bolt more than $10 million a year. Bolt is also an investor in as well as athlete in the brand new Nitro Athletics track and field series that launched this year.

Now that he's retired, Bolt has time to explore other avenues. One thing he's pretty confident about, however, is his world records. He holds the world record in the 100 meters at 9.58 seconds and in the 200 at 19.19 seconds. Both records were set in Berlin in 2009. He's pretty sure those are going to stand for 15 to 20 years.

At a recent promotional event in Japan, Bolt said:

"I think they're going to last a while. I think our era with Yohan Blake, Justin Gatlin and Asafa Powell and all these guys was the best era of athletes. If it was going to be broken, it would have been broken in this era, so I think I have at least 15 to 20 more years."

As for what he's going to do with his time now that he's retired, in addition to the Nitro Athletics events, Bolt has his eye on becoming an international restauranteur. The fast food junkie has never been shy about his love of Chicken McNuggets. In his memoir, he admitted to eating about 1,000 of them at the Beijing Games, where he set the world record of 9.69 seconds in the 100 meter. Bolt now plans to launch his own restaurant empire. He plans to open 15 fast casual Jamaican restaurants in the U.K. called Tracks & Records. The first location opened in Kingston, Jamaica in 2011 and specializes in wings and jerk pork. There is also a location in Ocho Rios and one opening soon in Montego Bay. Bolt has his eye on London for his restaurant chain.

Tracks & Records is a sports bar with a focus on Bolt's career, right down to the logo of his silhouette in his signature pose.

In the meantime, Bolt has the time and money to kick back and relax and indulge his love of dancing, the Call of Duty video game, and reggae music. Usain Bolt has a net worth of $60 million