Unlimited Success: Leslie Wexner Is The Quiet Billionaire Who Changed The Way We All Shop

By Amy Lamare on December 25, 2014 in Articles › Entertainment

The man behind multi-billion dollar brand Victoria's Secret never really intended to get into intimate apparel. Instead, he set out to revolutionize how people shopped. It is hard to imagine now, but once upon a time, people didn't have the option of shopping for casual sportswear separates at the mall.  There weren't stores devoted solely to bathing suits or ball caps or underwear. Department stores carried the bulk of what we wore.  It wasn't until a 26 year old man got an idea of how to make more money selling specifically what people wanted that the way we shop for clothes changed. His name is Leslie Wexner and today he is the billionaire tycoon behind brands The Limited, Express, Victoria's Secret, Bath & Body Works, and a slew of other retail giants that reside in nearly every mall and shopping center. How successful did that idea turn out? After starting with a $5,000 loan, Les Wexner today has a net worth of $6.2 billion. Here's how he did it…

Leslie Wexner was born on September 8, 1937 in Dayton, Ohio. He attended the Ohio State University for undergrad and after college, briefly attended law school. However, he dropped out and returned to his hometown to help at the small store his family owned, named Leslie's after him.  One week while his father was on vacation, Wexner set out to figure out why his father had always worked so hard but never really made any money. He found a stack of invoices and began counting the cost and profit from every item in the store. That task led him to discover that the store's real profits didn't come from the more expensive items like coats and dresses but rather from shirts and pants. When Wexner's parents returned from vacation, they found their son telling them he could run their store better than they could. His dad basically fired him, forcing Wexner to go out and get a job outside of the family business for the first time in his adult life. 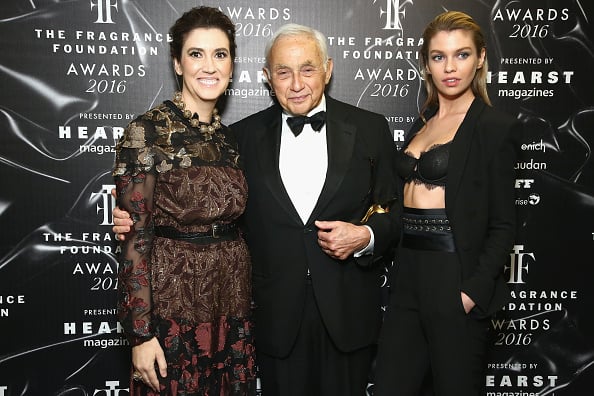 Wexner went out and founded a rival store with a $5,000 loan from his aunt in 1963.  He sold a limited selection of clothing in the store – only the pants and shirts that sold quickly – and called the place The Limited. Before he even opened his first store, Wexner signed a lease for a second store, so sure he was that his idea would work. Basically, before he ever made a sale, he was on the hook to his landlords for $1 million. He was 26 years old.

In his first year, he made a profit of $20,000. That was double his father's best year. He attributed his success to the fact that he focused on just a handful of products at a time—something that was virtually unheard of in those days. In fact, Steve Jobs is just one of many people to credit the invention of specialty retail to Wexner and The Limited.

Buoyed by his early success, Wexner took a U.S. map and a compass and drew a circle to see all of the places he could get to from Columbus, Ohio in a day. He wanted to know how far his idea could take him.  The relatively recent introduction of commercial airlines helped to push Wexner's circles farther and farther out. He found that he could get to 70% of the U.S. population in just two hours of travel time from Columbus. So he decided he would turn The Limited into a national chain.  A decade after opening his first two stores, Wexner had 41 stores selling $26 million worth of skirts, blouses, and pants.

Once Wexner had proven that stores with very narrow focuses appealed to female customers, he went out and created new companies built in the mold of The Limited.  Express opened in 1980. With that store, Wexner was targeting younger women with casual and colorful clothing. Around that time, Wexner also heard about a small chain of lingerie shops in San Francisco called Victoria's Secret. 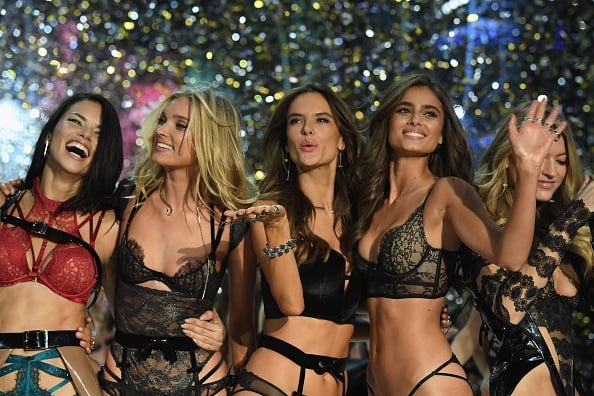 In 1982, Wexner called up the proprietor of Victoria's Secret, Roy Raymond to talk. He found out that Raymond was on the verge of bankruptcy. Wexner got on a plane that afternoon and bought Victoria's Secret's six Bay Area stores for $1 million. Raymond continued to run the lingerie shop for awhile as Wexner examined the business. Once Wexner figured out that the only profits Victoria's Secret had were in the mail order sex toy business, he went about restructuring the business. He fired Raymond and moved the headquarters to Columbus.

In just a handful of years, Wexner turned Victoria's Secret into a wildly profitable national brand. It became the de facto place that women turned to for bras, panties, and pajamas. Wexner didn't come up with the idea for the U.S.'s first lingerie chain; he just perfected the idea through his own curiosity and experimentation. In 1995, he tried another experiment. He launched a little lingerie fashion show.  We all know what happened next. The Victoria's Secret Fashion Show has more viewers than every other fashion show in the world combined.  The show's models, the Angels, are superstars. Victoria's Secret is the biggest and most profitable clothing brand in the world.

Wexner opened his first store when he was 26 and by his 50s, he was running more than a dozen businesses with five of them doing sales of $1 billion or more. Then he decided he was going about it all wrong. From 1998 to 2007 Wexner sold off The Limited, Limited Too, Abercrombie & Fitch, Express, Lane Bryant and Lerner New York. But he held onto Victoria's Secret.

Today, Wexner owns three intimate apparel chains that make up 41% of America's $13.2 billion lingerie market. They are Victoria's Secret, Pink, and La Senza. The closest competitor to Wexner's brands has a 1% share of the market. Oh, and he also owns the world's biggest beauty product chain too – Bath and Body Works. All are housed under his parent company, L Brands.

L Brands owns 2,949 stores that sell more than $11 billion worth of bras, panties, lotions, soaps and other products in this vein every year. The same-store sales have increased in each of the last 19 quarters. This is partly attributed to brilliant marketing like the annual Victoria's Secret fashion show. Ninety-nine percent of stores under the L Brands umbrella turned a profit in 2013. Wexner opened 50 new locations in just the past year. All of this is within the borders of the U.S. only. Surely billions more await him outside of America, but he's chosen to focus on the domestic market all of these years.  The Victoria's Secret brand especially is known around the world.  The Victoria's Secret Fashion show draws viewers from 192 countries.  He only opened his first stores outside of the U.S. in 2012 with two Victoria's Secret stores in London and five more have opened in the U.K. since then. Together those seven stores gross more than $100 million annually.

Wexner is also spearheading a new franchising model that will allow him to take his brands into Asia and the Middle East with practically no risk for L Brands. He has 600 franchised stores around the world in which his company invests no capital in the stores and is practically guaranteed to make a profit from day one through the 10 to 15% royalty it charges.

It has been 51 years since Leslie Wexner founded The Limited and a lot has changed in the world. The way we, as consumers, shop is just one of them but one that he has played a big part in. Personally, Wexner married in his early 50s and he and his wife have four children, the eldest of whom is in college. As for hobbies, he has a $200 million yacht named Limitless, an impressive collection of 1950-s to mid-1960's Ferraris, and one of the world's largest art collections. His collection, featuring works by Pablo Picasso is said to be worth $1 billion.  Back in the early days, Wexner worked 90 hour weeks, but now, at 77 years old, he makes time for things like his hobbies and his family but shows no signs of retiring anytime soon.