By Paula Wilson on January 18, 2018 in Articles › Entertainment

When you think of the world's most famous gangsters, Al Capone is probably one of the first names that comes to mind. Capone's bloody reign was nothing short of legendary. The sheer amount of illegal alcohol, money, and gang violence that marked his years as Chicago's most feared crime boss is staggering. What's perhaps even more astonishing is the fact that Al was really only in charge for about 7 years. During his time at the top, he was essentially the CEO of a very ugly, very dangerous, very profitable corporation. And unlike most other gangsters, Al Capone came from a relatively respectable, lower middle-class Italian family. So, how did a fairly ordinary boy from Brooklyn become the liquor smuggling, gun running, prostitute abusing, cocaine addict that was Chicago's most feared man? And how did he lose everything, almost as quickly as he gained it? Well… that's a surprisingly modern story.

Alphonse Gabriel "Al" Capone was born on January 17, 1899 in Brooklyn, New York to Italian immigrants. He was one of nine children. Two of his brothers later ended up working for him. Another of his brother's, James Capone, later known as Richard Hart, ironically became a prohibition agent. Al Capone was an above average student but had problems with following rules and authority figures in general. It didn't help that the Catholic school he attended for most of his elementary and junior high years was a disaster. School violence, poor teaching, abusive staff, and an all-around unstable environment proved to be too much for the young Capone. At 14, Al hit a female teacher and was expelled. 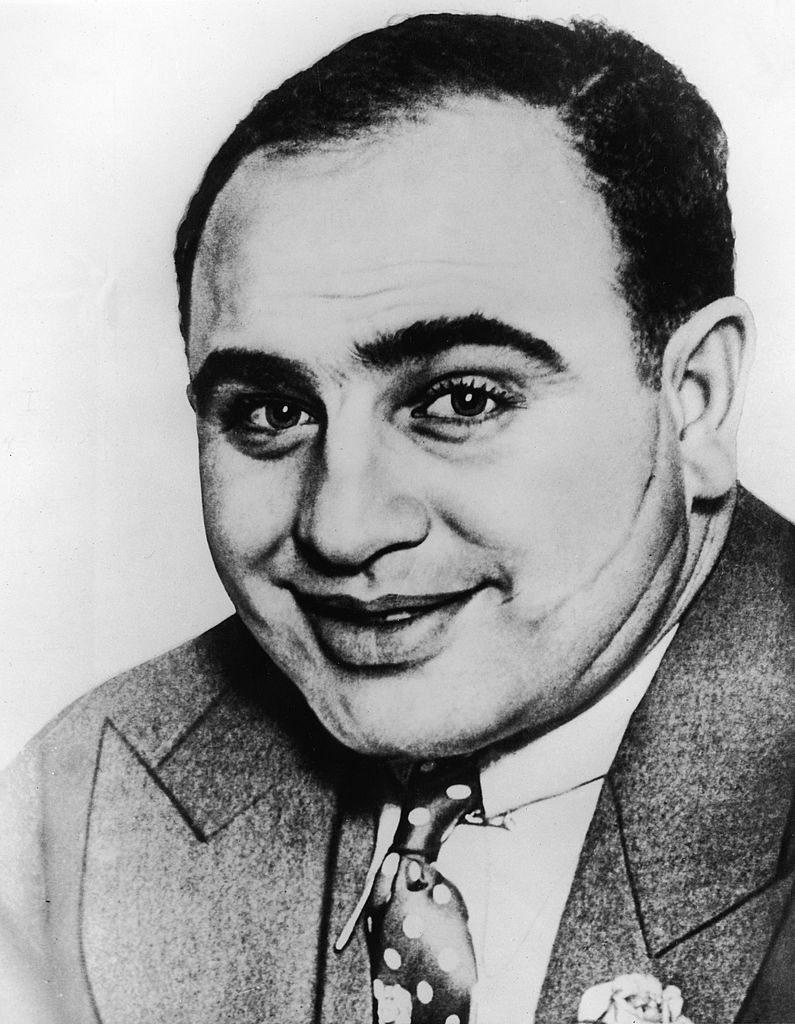 With nothing to do, Capone began hanging out with a local gangster named Johnny Torrio. Torrio was unlike many other gangsters operating at the time. He chose to present a genteel front and treated his burgeoning crime empire like a business, rather than gang warfare. Capone was taken under the wing of one of Torrio's associates, Frankie Yale. Yale ran a dance hall and bar called the Harvard Inn. Capone worked there for a time and earned the nickname "Scarface" after he accidentally insulted a woman at the club and her brother slashed his face. At the same time, he began rising through the ranks of local gangs, moving from the Junior Forty Thieves, to The Bowery Boys, to the Brooklyn Rippers, and eventually to the notorious Five Points Gang.

In 1909, Johnny Torrio relocated to Chicago and began working as an enforcer for bootlegger James "Big Jim" Colosimo's fledgling liquor empire. In the meantime, young men like Capone kept Torrio's business interests intact back in New York. In 1918, Capone married Mae Josephine Coughlin. One month before their wedding, Mae gave birth to their only child, Albert Francis "Sonny" Capone. Capone Sr. was 19 years old at the time. A year later, he received a summons from Johnny Torrio to come to Chicago. Capone arrived and allegedly started his time in Chicago by killing Torrio's boss, "Big Jim", thereby helping to establish Torrio as the man on top with regards to bootlegging in the city.

For the next three years, Capone made a name for himself by "persuading" local speakeasy owners to buy their liquor from Torrio. Rather than running roughshod over the local gangs, Torrio made an attempt to woo all of them, but had no luck with the North Side Gang of Dean O'Banion. In a misguided move, he looked the other way when another gang gunned down O'Banion. (There is speculation he actually ordered the hit himself.) This led to a series of retaliatory ambushes, which resulted in Torrio being shot, and choosing to retire. In 1925, Capone, now age 26, became the head of Chicago's largest liquor smuggling enterprise. 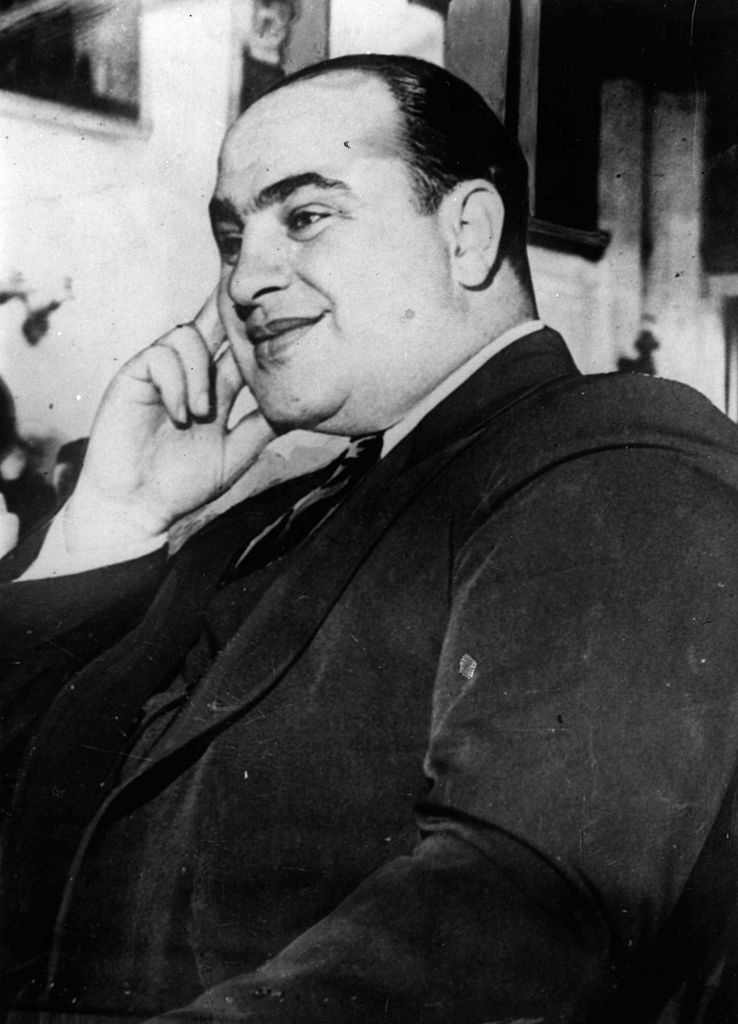 Capone initially attempted to follow in Torrio's more gentlemanly footsteps. He was notorious for refusing to carry guns, and instead went everywhere with at least two large bodyguards. He donated to charities, funded schools, and gave back to the community in a variety of positive ways. According to multiple sources, he was making somewhere in the neighborhood of $60 million from illegal alcohol, $25 million from his gambling business, $10 million in vice, and another $10 million from an assortment of various other ventures. At the height of his very bloody years on top, Al was personally pulling in $105 million per year. At today's rates that amount was a cool $1.45 billion per year That's enough to make him one of the richest criminals in human history.

However, after the death of Capone's father, the kid gloves came off. Capone quickly established himself as a man who was willing to kill just about anyone to get what he wanted. While hundreds flocked to the brothels, gambling halls, and speakeasies that he ran, hundreds of other people died because they didn't follow his orders. He was known for being ruthless, retaliatory, and indiscriminate. He is still widely believed to be the man behind the 1929 Valentine's Day Massacre, in which a group of seven gang members from the North Side gang were lined up and shot execution style by a group of men dressed in fake policeman's uniforms.

While he'd always had good luck greasing the palms of local law enforcement and politicians, the St. Valentine's Day Massacre damaged the reputation of Chicago as a whole. Especially once photos of the grisly crime scene were released to the public. As the man allegedly responsible, Capone's reputation took a nosedive and suddenly his former friends in law enforcement weren't so interested in covering for him. Over the course of the next few years, he would be arrested multiple times on various charges including contempt of court, carrying a concealed weapon, vagrancy, and a number of other smaller charges. He bounced in and out of prison, serving short sentences each time.

Eventually he was convicted for tax evasion. His brother, Ralph, had previously been sentenced to time in jail for the same offense. Capone was not actually required to report his income before 1927 because there was no law on the books that required the reporting of illegally earned income until then. After seeing what his brother had gone through, Capone reported all of his earnings for 1928, 1929, and 1930, along with the amount he was willing to pay with regards to previous unreported years. The court seemed amenable to the idea but Judge James Herbert Wilkerson was not interested in rewarding the notorious gangster for his seeming honesty. In November 1931, Capone was sentenced to a record-breaking (at the time) 11 years in federal prison for tax evasion.

It was downhill from there. At some point Capone contracted syphilis while working at one of his many brothels, and the venereal disease was never appropriately treated. He began his prison sentence in 1932 at age 33, and was already beginning to show signs that his syphilis infection was affecting his brain. His health was further compromised by obesity and gonorrhea. A long time cocaine addict, he also had a perforated septum. He was assigned the job of sewing shoes in the prison factory. He did this, eight hours a day, but his brain became increasingly feeble. He could barely write letters. Some of his former associates, who were also in prison, took pity on him and served as his de facto protective detail. He had many, many enemies within the prison system, and he was too addlepated to protect himself. The authorities eventually moved him to the newly opened Alcatraz in California largely to prevent a riot, as his presence had polarized the inmates into two angry groups – those protecting him and those gunning for him.

At Alcatraz, his health continued to deteriorate. The syphilis had eaten away at his brain and he was almost always disoriented and confused about where he was. He was eventually transferred to another prison in California and was subsequently paroled in 1939. He was so ill upon his release that he was sent to Johns Hopkins Hospital for treatment. They refused to admit him. Union Memorial Hospital took him in and once he was stabilized, he went to live in his vacation mansion in Palm Island, Florida. Over the next few years, he deteriorated to the point that he was said to have the mental capacity of a 12-year old, and he eventually suffered a stroke, pneumonia, and cardiac arrest in quick succession. He passed away in 1947, one week after his 48th birthday. A few months after he died, his wife sold their Miami mansion, for $56,000, roughly $600,000 in today's dollars. That same house sold in 2013 for $7.4 million.

The Mystery of Al Capone's Vaults

At the time of his death, Al's former huge fortune had been seized by the IRS. But over the last six decades, there have been endless rumors concerning Al's long-lost buried treasures. Pretty much any house that Al ever visited or owned, has been excavated in search of millions of dollars of hidden cash. In the early 80s, a construction crew working on Chicago's Lexington Hotel, where Al once ran his operation, discovered a series of underground tunnels and vaults in the hotel's bowels. In 1986, Geraldo Rivera hosted a much-hyped, two-hour, live TV event titled "The Mystery of Al Capone's Vaults", 30 years before the Discovery Channel's hugely disappointing "Eaten Alive", Geraldo's event was supposedly going to culminate in the discovery of millions of dollars worth of gold, cash, jewelry and who knows what else. Following close behind Geraldo was a medical examiner in case any bodies were found, and an IRS agent in case any recoverable money was found.

An estimated 30 million people tuned in, making it the most watched syndicated TV event in history, up to that point. In the end, after two hours of teasing and hype, Geraldo finally knocks down a wall that supposedly would reveal unimaginable treasure. So what was actually behind that mysterious wall? Gold bars? Stacks of cash? Guns? Nope. Embarrassingly, the only treasure Geraldo discovered was some empty gin bottles and a lot of dirt. Ooof.

Despite the fact that no treasure was found, and that 30 million people tuned in decades after his death, was just another testament to the intrigue and legend of Al Capone. Al Capone truly chose a life of crime, and when he was on top, he was king. He went from crime underling, to mega-boss, to inmate, to senile in less than two decades. Like a modern day rock star, or Icarus and the sun, Al Capone flamed up and then flared out.