The Fabulous Life Of Simon Cowell: Private Jets, Yachts, Gorgeous Women And $400 Million In The Bank

By Paula Wilson on December 15, 2013 in Articles › Entertainment

If you ever happen to encounter a magic genie who grants you the ability to switch lives with one other person in the world, I highly doubt you would regret trading places with Simon Cowell. As you probably know, Simon Cowell is one of the most powerful people in the entertainment industry today. His power and success have brought him an obscene level of fortune and the admiration of some of the world's most beautiful women. But Simon wasn't always such an amazing success story filled with supermodels, private jets, yachts and massive bank accounts. In fact, he started out a very average student with no idea what to do in life. Today Simon's is personally worth $400 million. And that number grows by roughly $100 million ever year.

Simon Cowell was born in Lambeth, London, England on October 7, 1959.  He grew up in Elstree, Hertfordshire, the son of a socialite and an estate developer/music executive.  One of six siblings (one younger brother, three half brothers, and a half sister), Cowell was an average student, who did not seem to have any idea what he wanted to do with his life.

After graduating from a technical college with a degree in Sociology, Simon took on a series of odd jobs that nearly all resulted in him being fired for constantly arguing with his coworkers and managers.  In 1979, Simon's father took pity on his aimless son and got him a job working in the mail room at EMI Music Publishing, where the elder Cowell was an executive. While at EMI, Simon quickly proved that he had a natural ear for talent. Simon quickly rose up the ranks at EMI until he left the company to form his own label in 1985. That label "Fanfare" was an absolute failure and shuttered completely by 1989. After the failure of Fanfare, Simon landed a job as a consultant at BMG. At BMG, Simon finally hit his professional stride. Within a few years, the acts that Simon signed and nurtured had sold over 150 million albums worldwide.

In 2001, was tapped to serve as a judge on a new reality competition series called, "Pop Idol" which was being produced by a long time friend, Simon Fuller.  The show's format proved successful, and Simon was then invited to serve as a judge on the American version of the show, "American Idol", in 2002.  At the same time, recognizing the potential for money to be made from these new series, Simon launched Syco Entertainment, a joint venture with Sony Music Entertainment dedicated to producing and marketing music, film, television, and digital content. 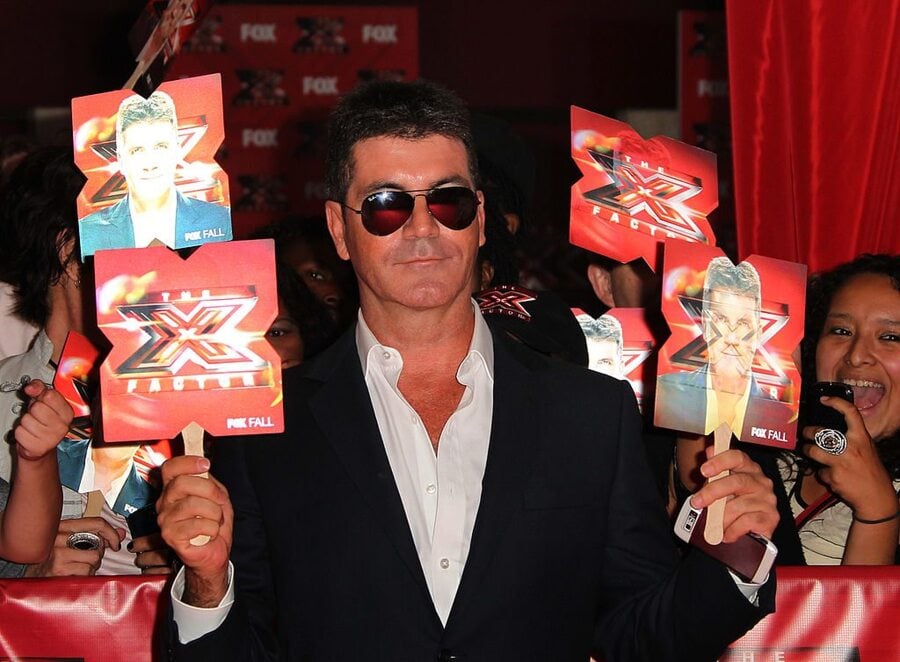 "American Idol" went on to become one of the most popular reality competition series ever, and Simon Cowell's acerbic comments and harsh criticism made him the judge everyone loved to hate.  He remained with the show until 2010.  With the runaway success of "American Idol" and "Pop Idol", as well as the multiple spin-off productions that were cropping up in multiple countries around the world, Simon Cowell could suddenly do no wrong.  As an A&R executive, he'd exhibited a knack for discovering talent and manufacturing successful groups, such as Westlife.  In 2004, he introduced the world to Il Devo, and its younger counterpart, Angelis.  Both groups were wildly successful, and set the stage for the launch of his next competition series, "The X Factor".  Unlike "American Idol" and "Pop Idol", Simon Cowell's own company produced "The X Factor" which allowed him to keep the lion's share of the show's profits.  Like "American Idol", the British version of "The X Factor" has been a star-making machine almost since it began, and the majority of the artists who have gone on to the greatest success have all signed with Syco Entertainment.  "The X Factor" now airs in 41 countries, and "The X Factor USA" airs in 166 countries.

Over the course of the next few years, he launched various singing competition shows, but none were as successful as the "Idol" franchise or "The X Factor".  He realized that he needed to move away from singing competitions, and broaden his scope.  In 2006, he launched "America's Got Talent", a reality competition show that featured a variety of acts.  The program was an instant hit in the US, and in 2007, he added "Britain's Got Talent" to the roster.  "Britain's Got Talent" surpassed the popularity of "America's Got Talent", and by its third season, one third of the entire population of the UK was watching the program regularly.  The "Got Talent" franchise has now expanded to 60 countries, and is the most successful of his reality competition show entities.  He currently represents twenty-seven artists, most of which he found through his various shows, including Leona Lewis, Olly Murs, One Direction, Susan Boyle, Jackie Evancho, Rachel Crow, Little Mix, Emblem3, Fifth Harmony, Carly Rose Sonenclar, and Beatrice Miller.  He has also produced documentaries, made guest appearances on a variety of programs, including "Saturday Night Live", and, in seeming opposition to his public image, has donated a great deal of time and money to various charities.

When Simon isn't working he can typically be found relaxing on a yacht with a bevvy of gorgeous young women. He owns multiple lavish mansions around the world, most notably in Los Angeles and London. On an awkward front, it was recently revealed that Simon had fathered a child with a friend's wife.  The friend and the wife subsequently divorced. Simon is reportedly settling into future fatherhood nicely, if slightly sheepishly.

While it is unclear whether Simon Cowell could have ever gotten where he is today without some help from dear old Dad, it is clear that he took what he was given and ran with it further than anyone could have dreamed. Today his empire is so powerful that much of his income is completely passive. In other words, the millions of dollars that are deposited into his account each month, do not typically require Simon to actually do any work! So what is the secret and lesson to his success? Even though he has $400 million, his secret is quite simple: Find one thing that you love to do and are extremely good at, then do that one thing every day over and over until something hits the big time. Anyone who follows that plan easily has the potential to become millionaire. Perhaps even a $400 millionaire… with another hundred million on the way soon!