By Brian Warner on March 22, 2018 in Articles › Entertainment

When you think of entertainment moguls, names like Tyler Perry, Steven Spielberg and Oprah Winfrey are probably top of mind. Most people do not think of the name "Byron Allen". But they should! Byron may not have the name recognition that some of his peers enjoy, but his level of success certainly puts him in a hyper-elite club. With no exaggeration at all, Byron Allen is one of the most successful and powerful producers in Hollywood. He has more than 30 shows currently running or in production. His company produces films that crush the box office, inclduing last year's "47 Meters Down" which earned $61 million off a budget of $5 million. So what's up next for Byron? Well, he just bought The Weather Channel for $300 million. NBD.

Byron Allen didn't set out to be an entertainment mogul. His original dream was to be a comedian. At 18, he became the youngest comedian to perform on Johnny Carson's Tonight Show. His set was so successful that he was quickly offered a job co-hosting an NBC reality news show called "Real People". Real People turned out to be a smash hit and ran 5 seasons between 1979 and 1984.

When he wasn't on camera, Allen was behind the scenes learning every aspect of what it took to producing, directing and (most importantly) advertising a television show. That last part is crucial. Real People was syndicated, so the producers needed to have direct personal relationships with the advertisers and TV stations around the country that supported the program. Allen spent his spare time building his own relationships with these same advertisers and TV stations. These relationships would prove to be extremely valuable down the road. 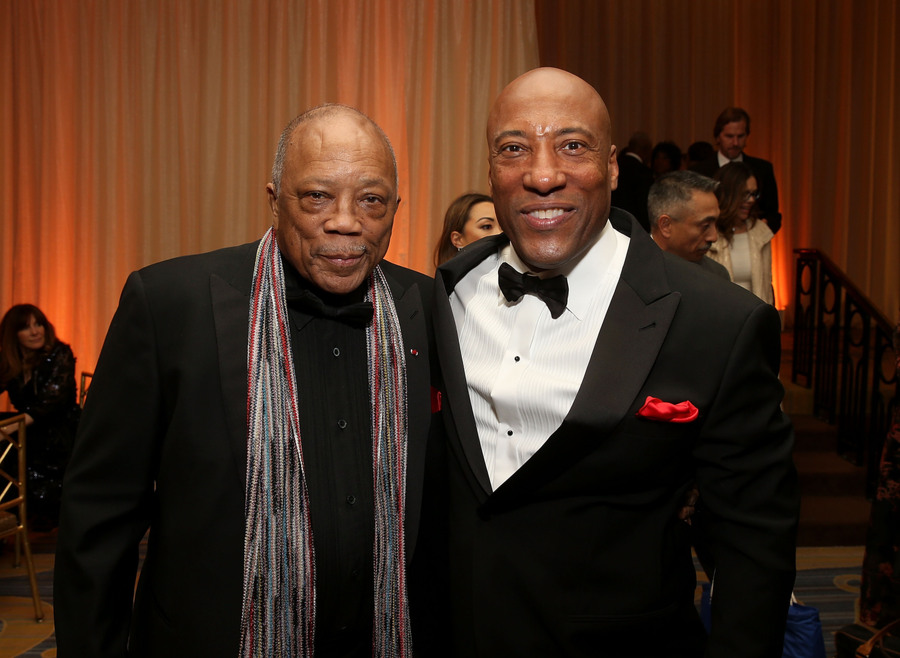 Allen struggled somewhat when Real People ended. He went back to comedy but ultimately did not have the kind of break through he really wanted. In 1992 he decided to take matters into his own hands by producing his own show from scratch. To manage his creations, Byron co-founded Entertainment Studios Inc. with his mother. She still works at the company today.

Their first show, which he initially called "Jammin", was eventually re-titled "Kickin' It With Byron Allen". He produced, directed, wrote and syndicated the show himself.  Though you may have never heard of Kickin' It, the show ended up being one of the longest-running syndicated programs of all time, airing 22 seasons over 21 years. FYI, that's longer than Law & Order. Next, they produced, "Entertainers with Byron Allen". The one-hour, syndicated show features him interviewing current television and film stars. It has aired 22 seasons over 21 years as well. All of his shows are 100% family friendly and produced on a very slim budget.

Unlike every other producer in town, Byron sold his shows directly in each market. Like a door-to-door salesman, he would set up deals with the contacts he accumulated during his time at Real People. Here's where Byron's business model gets really interesting:

Instead of charging the networks huge upfront-fees for the rights to his shows, he gives away his shows for free.  Yes, you read that correctly – for free. In exchange for giving the content away for free, Byron is given the right to sell 50% of the show's available advertising time, which he then sells directly to brands like Proctor & Gamble, McDonalds, PepsiCo and many more. Whatever he can get for those ads, he keeps. And these dollars are frequently much higher than what he would receive under a traditional production deal.

Over the decades, Entertainment Studios has evolved into a powerhouse. The company produces 32 different television series, including "Cars.TV", "America's Court with Judge Ross", "Comics Unleashed", "Beautiful Homes & Great Estates", and "The Young Icons". Entertainment Studios is the largest independent producer and distributor of first-run syndicated programming in the world, and it also produces programming for six different 24-hour HD networks, including MyDestination.TV and Recipe.TV.

The company now employs over 200 people, has its own studio space and offices is LA, New York, Chicago, Atlanta, Denver and Raleigh.

Starting to get the picture? Byron Allen, while somewhat under-the-radar, is EXTREMELY successful. So maybe you are not surprised to now learn that Byron's company just acquired The Weather Channel for $300 million. This acquisition is just for the TV network since the Weather Channel's website and app were sold off by Comcast to IBM in 2016. Allen says he is looking to expand his film and TV production company into a major media business:

"Snowstorms, rain, mudslides, our lives and our families' safety depend on this info. When a big storm happens, it's the Super Bowl of weather. As many as 30 million people watch".

And pretty soon, those 30 million people will see ads that were sold by Byron Allen directly.

Allen believes that with his mind for content and ad sales, he can turn The Weather Channel into a billion-dollar media business. And if anyone can pull it off, it's Byron Allen.