It was the best of ideas; it was the worst of ideas. What if all you had to do was steal money from your employer, use it to play the lottery, win, replace the stolen money, and keep the rest for yourself??? The perfect crime, right? Apparently this plan sounded like a great idea to two Chinese bank workers named Ren Xiaofeng and Ma Xiangjing back in 2007. What is almost as surprising is that the fact that it actually worked the first time. Not so much the second time. And they paid a very high price.

The two men worked at the state owned Agricultural Bank of China in Hebei. Xiafoeng decided to try out the idea and stole $25,000 from the bank he worked out. He invested the money in lottery tickets and actually won! He replaced the stolen money and nobody seemed to find out. He may have gotten away with it if he didn't decide to push his luck.

Xiafoeng brought in fellow vault manager Xiangjing and the two decided to try the idea out on a much larger scale. Between March and April 2007 the pair stole about $6.7 million or 51 million yuan from their employer. They started out slowly. It took them almost the entire year to steal roughly $4.3 million. Apparently that wasn't enough because they stole six cash boxes worth $2.3 million in one day alone. 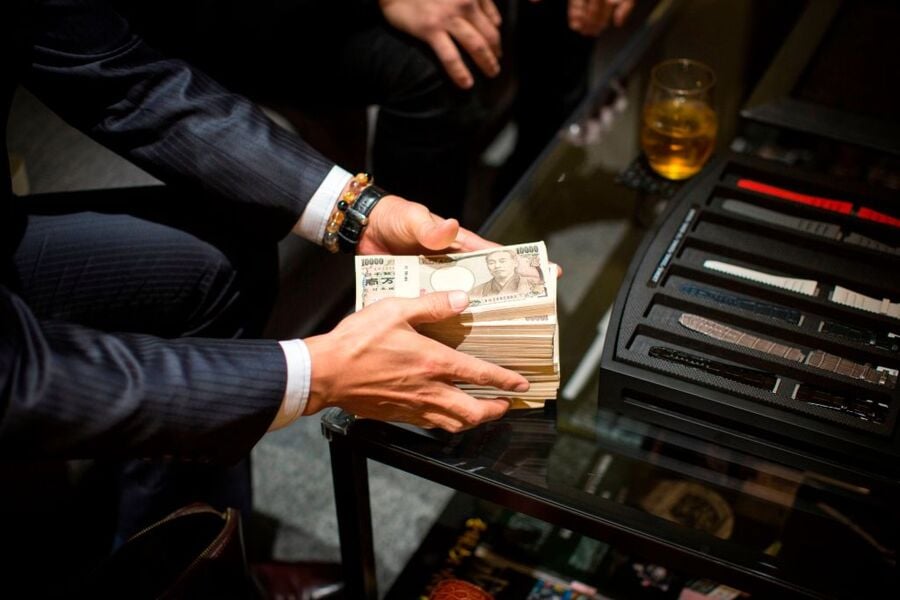 They spent the entire stolen haul on tickets. Their ticket purchases helped the lottery have a record day, but unfortunately, this time around the dynamic duo only won $12,700. Woops. The amount they stole turned out to be the biggest bank theft in China's banking history. Two days later branch managers discovered the missing money.  The pair used whatever money was left to buy fake IDs and cars, but manhunt was launched. The unlucky gamblers were captured soon after.

This was China, so the punishment was not exactly a slap on the wrist. For their crimes against the state the two bank workers were sentenced to death. Three of their accomplices were sentenced to five years in jail. Ren Xiaofeng and Ma Xiangjing were both executed in Hebei province on April 1, 2008 which ironically is April Fool's Day.

This story has a few lessons to be taken away from it: One is not to steal, especially from your employer, and even worse if you work for a bank and/or the government. A second lesson is no matter how much you spend; your odds of winning the lottery are astronomical. Finally, gambling is not generally a good idea when you can lose your life over it.