By Brian Warner on July 11, 2016 in Articles › Entertainment

It's official! The Ultimate Fighting Championship, better known as UFC, has been sold for $4 billion. We originally reported this story back on May 10th. At the time the purchase price was supposedly going to be $6 billion and the buyer was a Chinese entertainment conglomerate. So who is the actual buyer? And how does that $4 billion get divvied up among the UFC's various equity holders like Dana White and the Fertitta brothers? Here's the scoop…

UFC, more specifically their umbrella company Zuffa LLC, has been acquired by Hollywood talent agency WME-IMG (William Morris Endeavor – International Management Group) in an all cash deal. At $4 billion, this is officially the largest sports organization sale in history.

"We've been fortunate over the years to represent UFC and a number of its remarkable athletes. It's been exciting to watch the organization's incredible growth over the last decade under the leadership of the Fertitta brothers, Dana White and their dedicated team. We're now committed to pursuing new opportunities for UFC and its talented athletes to ensure the sport's continued growth and success on a global scale."

Earlier today, when asked if UFC fans should be concerned about the organization's change in ownership, Dana White said the following:

"Exact opposite. The sport is going to the next level."

As we've mentioned before, Dana White owned 9% of UFC at the time of the sale, which will leave him with a nice little $360 million payday before taxes. Because this will be taxed at the long term capital gains rate (20% instead of 35-40%), and thanks to the fact that Dana lives in Nevada where there is no state income tax, he should be able to pocket around $290 million cash from the deal. Dana will be staying with the organization and has reportedly been given an equity stake in the new business that will include profit sharing which could result in an additional $100 million in earnings over the next 5 years. 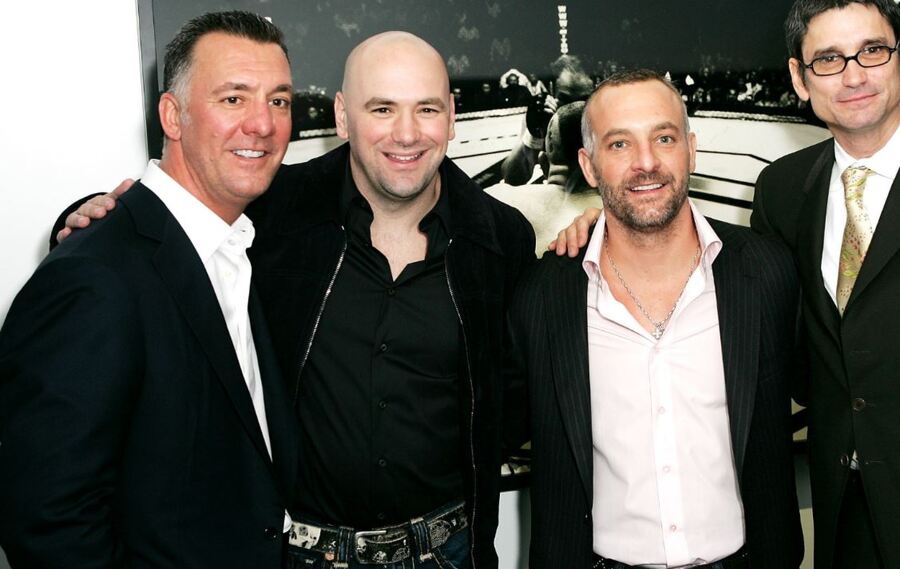 The massive windfall from the deal will go to UFC's majority owners, brothers Lorenzo and Frank Fertitta. The Fertittas will earn $3.24 billion for their combined 81% stake in the business. The Feritta brothers bought the UFC for $2 million in 2001. They then spent $44 million of their own money building the organization before it finally turned a profit. Zuffa earned $600 million in gross revenue in 2015. Profits were reportedly in the $250 million range. 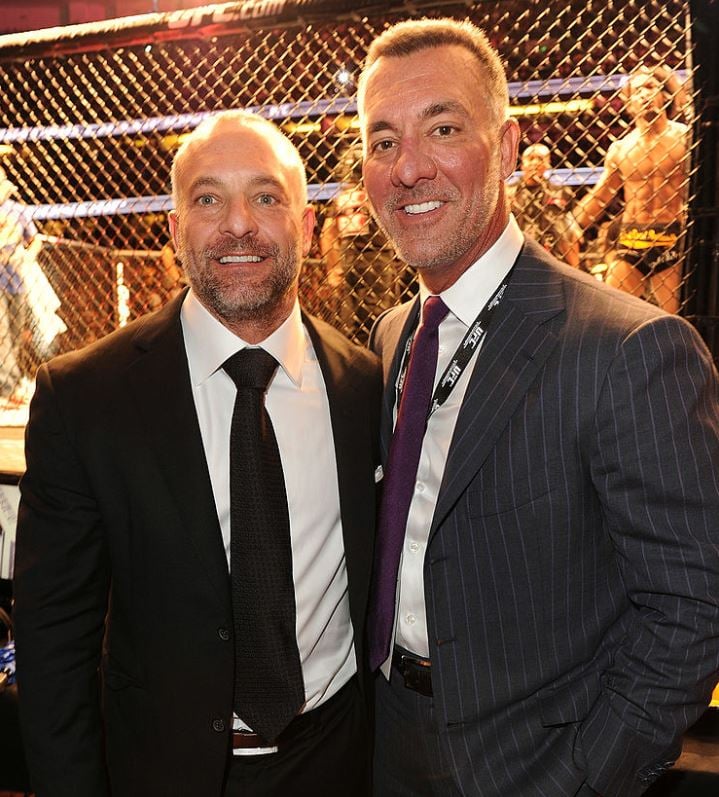 Lorenzo and Frank Fertitta (via Getty)

The Abu Dhabi government will reportedly maintain ownership of their 10% stake in UFC.

It's unclear whether or not this will be a good deal. UFC is coming off a very volatile year. Their two biggest stars, Ronda Rousey and Conor McGregor both had embarrassing and unexpected losses. One of their main event fighters, John Jones, was ejected from UFC 200 after failing a drug test just one week before the fight… Despite being a 15-year-old organization, UFC is still relatively young and immature. Maybe that's part of the reason why this deal makes sense though!

Either way, congrats to Dana White and the Fertitta brothers!