UFC Set for $4 Billion Sale – What About Dana White?

By Daniel Lipson on June 20, 2016 in Articles › Entertainment

The Ultimate Fighting Championship organization is up for sale, with two rival Chinese groups bidding for the organization. The first is WME-IMG together with the Dalian Wanda Group, and the second is China Media Capital. Both had similar bids in the $4.1 billion range.

The UFC reportedly went up for sale around $4 billion last month, but claims were denied by UFC president Dana White. He had no comments on the latest developments with the Chinese firms. White is one of four owners of Zuffa LCC, UFC's parent company, and holds a 9% stake. Abu Dhabi-based Flash Entertainment owns 10%, and Station Casino executives Lorenzo and Frank Fertitta own the remaining 81%.

Zuffa bought UFC for $2 million in 2001. The current $4 billion bid is a 2000% increase from the price they paid for it in 2001. While the organization typically doesn't release financial information, Lorenzo Fertitta claimed the business grossed about $600 million in 2015. 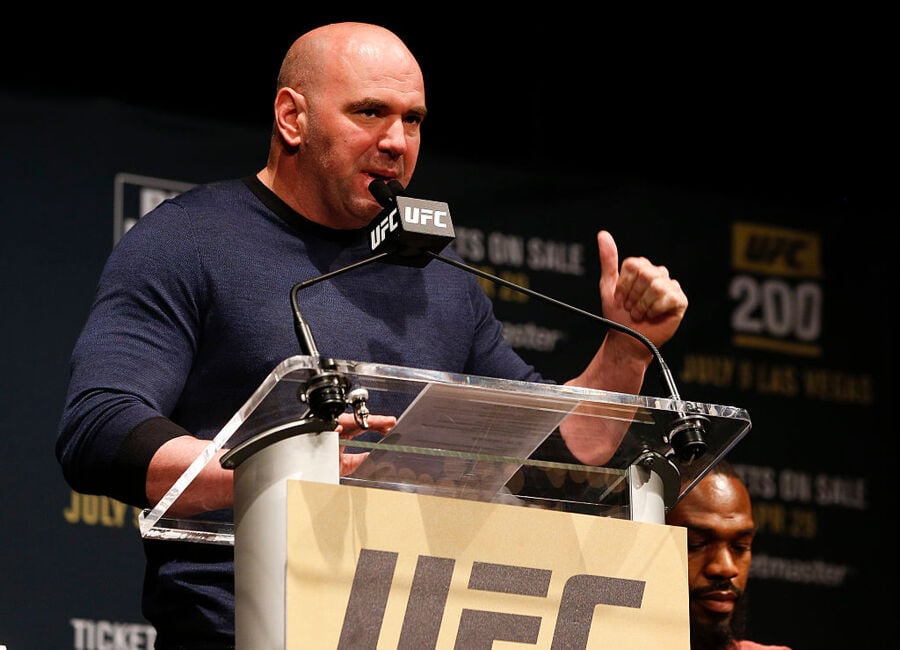 The bidding groups are trying to finance the purchase for 100% of the company. WME co-chair Ari Emanuel has been asking investors to contribute between $25 and $50 million. The WME-IMG bid is also reportedly backed by Tencent Holdings, one of the world's largest internet companies. China Media Capital is backed by state investment, and has already bankrolled projects such as a five-year broadcast deal with the Chinese Super League worth $1.3 billion.

There is a question remaining about whether White will stay on as president of the company. He has yet to reach out to the media. White is largely cited as the major driving force behind the sport's rise to prominence, and became president when he partnered with the Fertittas to buy the company from Semaphone Entertainment Group in 2001. He understands the fighting industry and what it needs from him to be successful. White is ruthless with his fighting talent and their managers, and even willing to face down lawyers and the media. He will pull fighters despite their successes if he feels they are damaging the brand. He also keeps business information under lock and key.

White does this while remaining loyal to the sport, and spends time traveling to distant parts of the world to educate them about the basics of MMA. His influence can be felt from the fights themselves to the way they're seen on TV. Without White, the sport would lose a lot of its flair.