UFC fighter Conor McGregor is known for talking and backing it up, and now he is talking about money. The Irish born fighter is the current UFC Interim Featherweight Champion, and has not lost a fight since 2010. Now McGregor is fighting for a pay raise and wants to be the first MMA fighter to make nine figures.

The Dubliner already claims to be the highest paid fighter in the UFC, although Ronda Rousey has also made such a claim. McGregor is scheduled to face fellow featherweight Jose Aldo in December and will be training in his home country of Ireland for his big fight. He is certainly an over the top personality who has so far been able to back up all of his talking inside the cage. 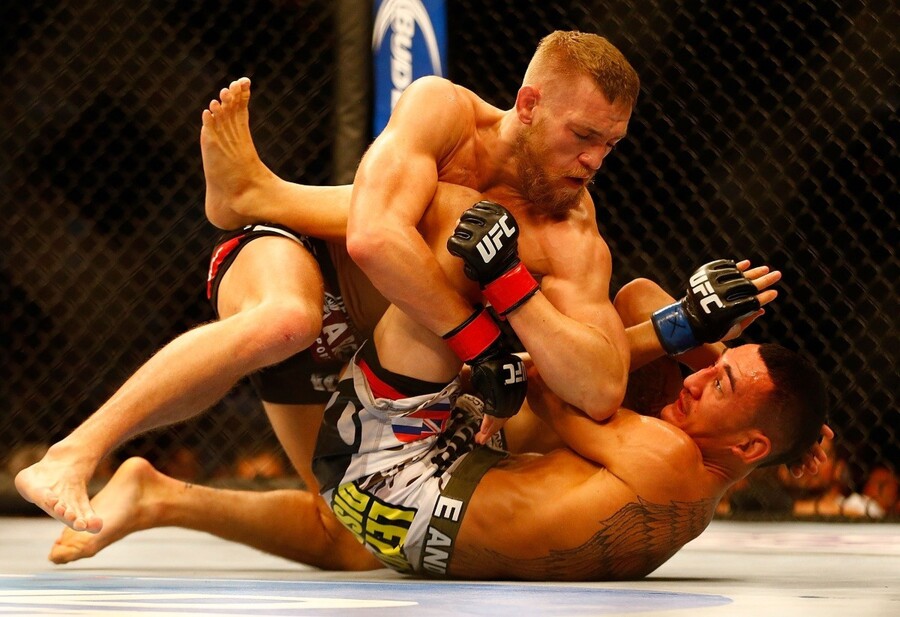 McGregor is awfully confident that he will soon be able to ink a new nine figure deal. He recently earned $500,000 by knocking out Chad Mendes in the second round. Now Conor wants to be the first and only MMA fighter to make $100 million plus and he certainly didn't mince words about it:

"I'm waiting on my next multi, nine-figure contract, which is en route, I just let everyone up there know, I let the bosses know and everybody there know what I bring and my worth.  I'm still here the highest-paid. Let's compare contracts. Because the contract that I'm talking now is nine figures, nine figures I'm talking. Nobody in the game has talked nine figures. That's $100 million plus. That's my contract, so, that's where I'm at and I've done it the way I've done it. Either learn from it or don't.

"When you're bringing in $60 million revenue on a fight where the main event guy has pulled out two weeks before, you think anyone else can do that? This next one, we are estimating a gate of $10 million for the gate alone. This is going to bring in $90 to $100 million this card here. So you're damn right I'll get it. I came at them with fact, numbers and I didn't go round about. I looked them dead in the eye with straight facts. When someone comes at you with clear facts, there's only one thing you can do and that's respect it. You got to respect good business, if you don't respect good business, then that's on you. I am very confident we will come to a deal and it will be in the nine-figure mark, and rightfully so."