By B. George Young on September 26, 2015 in Articles › Entertainment

It is no surprise that the Pope caused traffic problems in Manhattan, New York, but one new company decided to capitalize on something people dread. Blade is a startup company that is being described as "Uber for helicopters." They took advantage of the papal visit by charging people $95 just to get from one side of Manhattan to the other.

Blade raised $6 million at a $25 million valuation and the press they will receive from this stunt will also help the company grow by word of mouth. Financial contributors for the round included Google chairman Eric Schmidt and iHeart Media chairman Bob Pittman. The helicopter company offered rides from the West Side of Manhattan to the East Side during morning and evening rush hour while the Pope was in town. 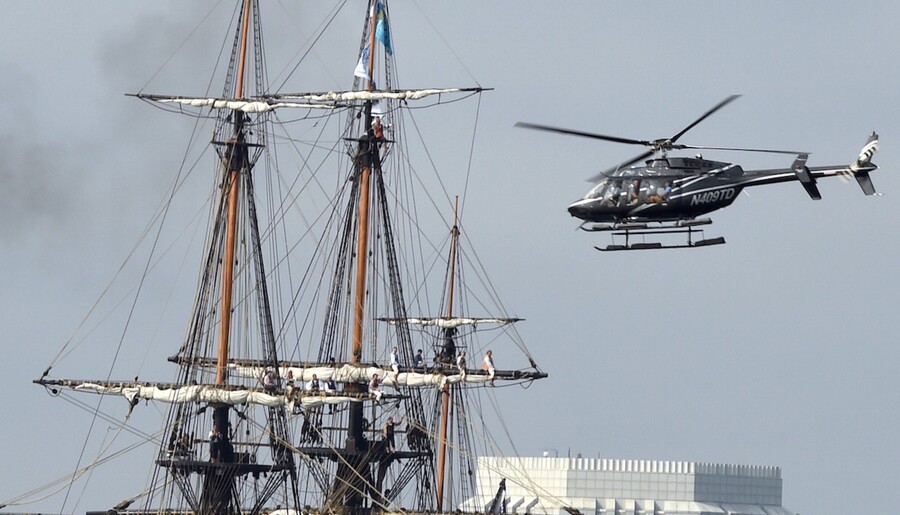 The Pope was not the only dignitary backing up traffic in New York. President Obama, as well as 200 foreign leaders, met in the Big Apple at the United Nations General Assembly. Traffic in New York City is always bad, but something like this was sure to make it even worse.

The startup decided to sell rides for $95 per seat for a quick five to eight minute journey. The company sent out emails to its customers informing them of this special deal; a typical Blade ride goes for $575 a seat from New York City to the Hamptons or Fire Island, one way.

Those interested in saving time and taking a ride with a nice view can book their seats on Blade's app, which has been downloaded over 40,000 times. Blade riders can also pay $800 to $900 for a trip to the airport. Last year the company partnered with Liberty Helicopters and took some 800 trips in just four months.

Blade users start out at one of their three luxury lounges in Manhattan, where they can calm their nerves with free drinks and snacks. Blade has become known for their offering of rosé in special cups so their customers don't spill in midflight. A trip from Manhattan to the Hamptons typically takes about half an hour, which is plenty of time to take in the view and finish your drink.