Tyler Perry Is Extremely Rich But Not Quite A Billionaire, Yet

By Amy Lamare on September 22, 2020 in Articles › Entertainment

Here we go again. A certain publication posted a splashy and inspiring article called "From Poor as Hell to Billionaire: How Tyler Perry Changed Show Business Forever." We take issue with only one word in that sentence and that is billionaire. Tyler Perry is an incredibly wealthy man and he did change show business forever. He is not, however, a billionaire…yet. We have all the faith in the world that he will be in the next few years, but for now, and we will explain, his net worth is $800 million.

Perry grew up poor in New Orleans and got his start as a playwright. During this time, he lived on and off in his car as he was only able to pay rent when the play was making money. Eventually, he took his show on the road, literally, putting on his plays in small theatres in black communities across the country. Then, one night Oprah Winfrey saw his play, "I Know I've Been Changed," when it made a stop in Los Angeles. Of that experience, she said: "… I was not just moved by it, I was changed by it."  Still, this was in 2001 and Hollywood didn't quite know what to do with Perry. Hollywood didn't cater to primarily black audiences. 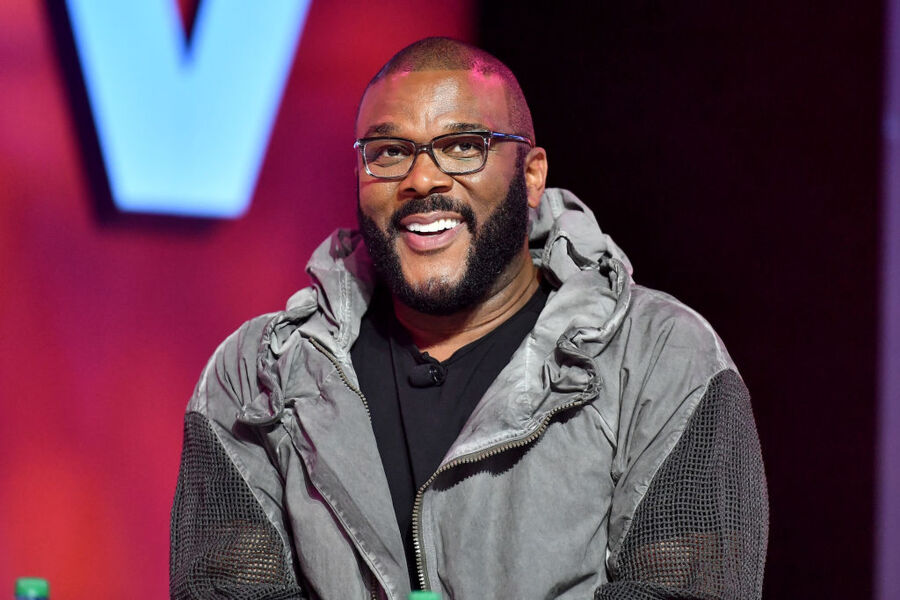 Oprah gave Perry some valuable advice: the importance of being in control. Before he ever made a film or episode of television, Perry had sold $100 million in tickets to his plays. He was famous everywhere – people chased him calling out "Madea!" – but no one in Hollywood knew who he was. His attempts to get "Diary of a Mad Black Woman" made at that point were unsuccessful. So he went back to Atlanta and got to work producing his first TV show. Then, in 2006 UPN and WB merged to form the CW, and the network needed content. Perry headed back to Hollywood with 10 episodes of his first series shot and ready to air. That was "House of Payne," which was a huge hit for the CW. This led to TBS locking Perry into a deal for at least 90 episodes of "House of Payne." TBS offered Perry $200 million. Perry took home $138 million of that. He was officially on his way.

Perry wanted more. He approached Lionsgate with an idea to get the movie "Diary of a Mad Black Woman" off the ground. He offered to put up half the money for the production. In exchange, he'd receive half the profits and keep control of the content. The studio just wanted the movie to make $20 million over its lifetime at the box office. In the end, "Diary of a Mad Black Woman" cost $5.5 million to make. It grossed $51 million in theatres, and since then another $150 million in rentals, on-demand, DVD sales, and television licensing. Perry and Lionsgate went on to make 11 "Madea" movies over 14 years. Perry ended the franchise in 2019 and at that time, the films had made $670 million at the box office.

Today, Perry continues to self-finance new television shows and shoots at least one film every year, all shot at his Tyler Perry Studios complex in Atlanta. Perry is incredibly talented, a savvy businessman, and an all-around go-getter. He believed (and still believes) in his vision. This has netted him an incredibly impressive net worth of $800 million. No, he is not a billionaire, yet. He will likely be one day soon, but he isn't yet. That other publication was a bit fast and loose with the numbers that led them to declare Perry a billionaire. They basically said he has $X amount in cash + $Y amount in private jets +$Z amount for his studio and bing, bang, boom, he's a billionaire when you add it all up. However, they did not take into consideration any debts like mortgages or payments on his two private planes or what it is costing him to build his new 35,000-square-foot castle-like mansion, complete with a runway and airplane hangar, organic farm and zoo, and an enormous pool. Perry may operate on a self-funded, all-cash basis – he's prided himself on that for years – but it is highly unlikely that none of his several mansions have a mortgage. And that's why we think the more conservative net worth of $800 million is more realistic.

That said, we can't wait until we can report that Tyler Perry is actually a billionaire. There isn't a harder working person in the film and television industry.