Tyler Perry is the creative genius behind 17 feature films, 20 stage plays, seven television shows, and a bestselling book, according to The New York Times. He has built an entertainment empire that stretches across the globe. His best-known character and role is that of Madea, an elderly, tough-as-nails African American woman, who reminds everyone – regardless of race – of one of their relatives. Along the way, Perry has amassed an impressive $450 million net worth.

Tyler Perry was born Emmitt Perry, Jr. in New Orleans in 1969. Growing up in the Big Easy, his childhood was not easy. His family was poor and his father was abusive. As an escape, Perry wrote down his daily thoughts in a series of letters to himself that helped him deal with his daily life. Those early writings also set his future career in motion by giving him the inspiration to write his first play "I Know I've Been Changed" in 1992. The first run of that play didn't draw an audience, but six years later, in 1998, that same play sold out a small theatre in Atlanta and had to move to the much larger Fox Theatre there.

Over the next 13 years, Perry wrote 13 plays, including "Woman Thou Art Loosed!" and "I Can Do Bad All By Myself," in which  his iconic character Madea makes her first appearance. 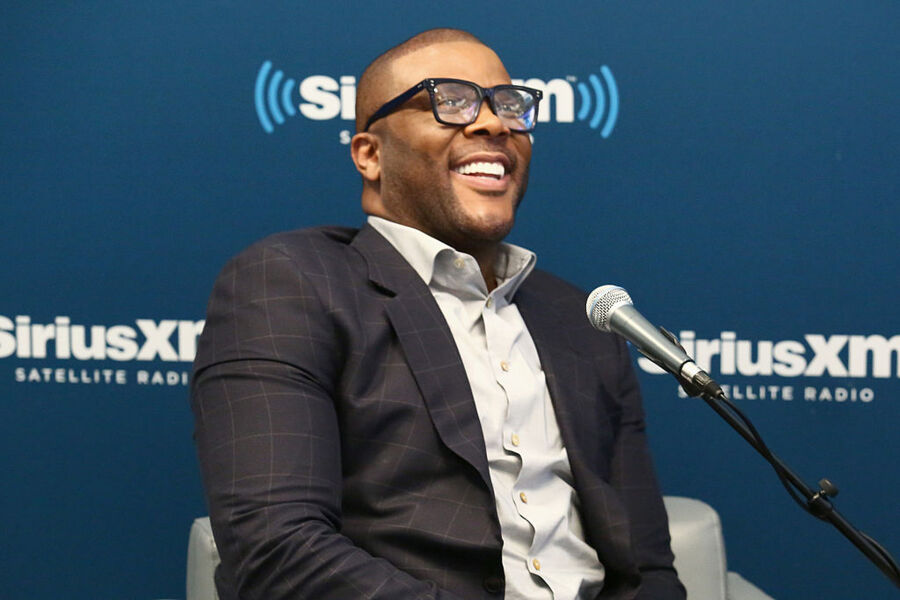 Tyler Perry took the popularity of Madea to film in 2005 with "Diary of a Mad Black Woman," which debuted at number one at the U.S. box office. From there, Perry was off and running with "Madea's Family Reunion," "Daddy's Little Girls," "Why Did I Get Married?," "Meet the Browns," "The Family That Preys," and about 11 more films.

In 2006, Perry released his first book "Don't Make A Black Woman Take Off Her Earrings: Madea's Uninhibited Commentaries On Life And Love." It was on the New York Times bestseller list for eight straight weeks.

In 2007, Perry took his brand of comedy to television with the TBS show "House of Payne," which went on to become the highest-rated first-run syndicated cable show of all time. In 2012, Perry debuted the half hour sitcom "Love Thy Neighbor" and the hour long drama "The Haves and The Have Nots" on Oprah Winfrey's OWN network. The latter series has given OWN its highest ratings to date.

Perry has also starred in a number of films that are not his own creations. He took over the role of Alex Cross from Morgan Freeman in "Alex Cross" and appeared in "Gone Girl" and "Teenage Mutant Ninja Turtles."

In 2015, Perry once again took to the stage with his play "Madea on the Run," which sold out in theaters nationwide.

Tyler Perry has taken a tragic, poverty ridden childhood and turned it into a wealth of material that delights audiences and has earned him an incredible $450 million fortune. He is currently appearing as Madea once again in the movie "Boo."