By Brian Warner on May 2, 2018 in Articles › Entertainment

If Ty Cobb came back to earth today through a "Field of Dreams" style wormhole to teach a clinic for MLB rookies, the players would probably spend all their time begging for tips on how to improve their batting average. This would be understandable considering Cobb's record setting .367 lifetime batting average still stands now, more than 80 years after he last swung a bat. However, if today's rookies were really smart, they wouldn't spend a moment talking about baseball with Cobb. Instead they would soak up every piece of investment advice the hall-of-famer learned during his life. Specifically, the rookies would want to find out how Ty Cobb transformed himself from an uneducated Georgia farm boy to a professional athlete, to one of the savviest and richest investors on the planet. When Ty Cobb died in 1961, his investment portfolio included lucrative early stakes in companies like Coca-Cola and General Motors that were large enough to be worth the modern equivalent of hundreds of millions and potentially billions of dollars today.

Tyrus Raymond Cobb was born on December 18, 1886 to a farming family in Narrows, Georgia. The young Ty despised his school teachers, rarely attended class and practically relished in failing his exams. Fortunately, his superior skills on the baseball field landed Cobb a spot on a series of minor league teams all over the south. As he left for his first minor league team, Cobb's father sent him off with these gentle parting words: "Don't come home a failure". After bouncing around for a few seasons and earning no more than $50 a year, Ty was eventually sold to the Detroit Tigers in 1905 for the sum of $750.

Tragically, just three weeks before his major league debut, Ty's mother accidentally shot and killed his father with a shotgun. Ty's father had suspected his wife of cheating and was sneaking into their bedroom to catch her in the act. She mistook her husband for an intruder and killed him at point blank range. This obviously traumatized Ty for the rest of his life. Years later, Ty would attribute his aggressive playing style to the fact that his father never saw him in a big league game. In fact, for the rest of his life, Ty was endlessly driven to prove to his father that he never became a failure. 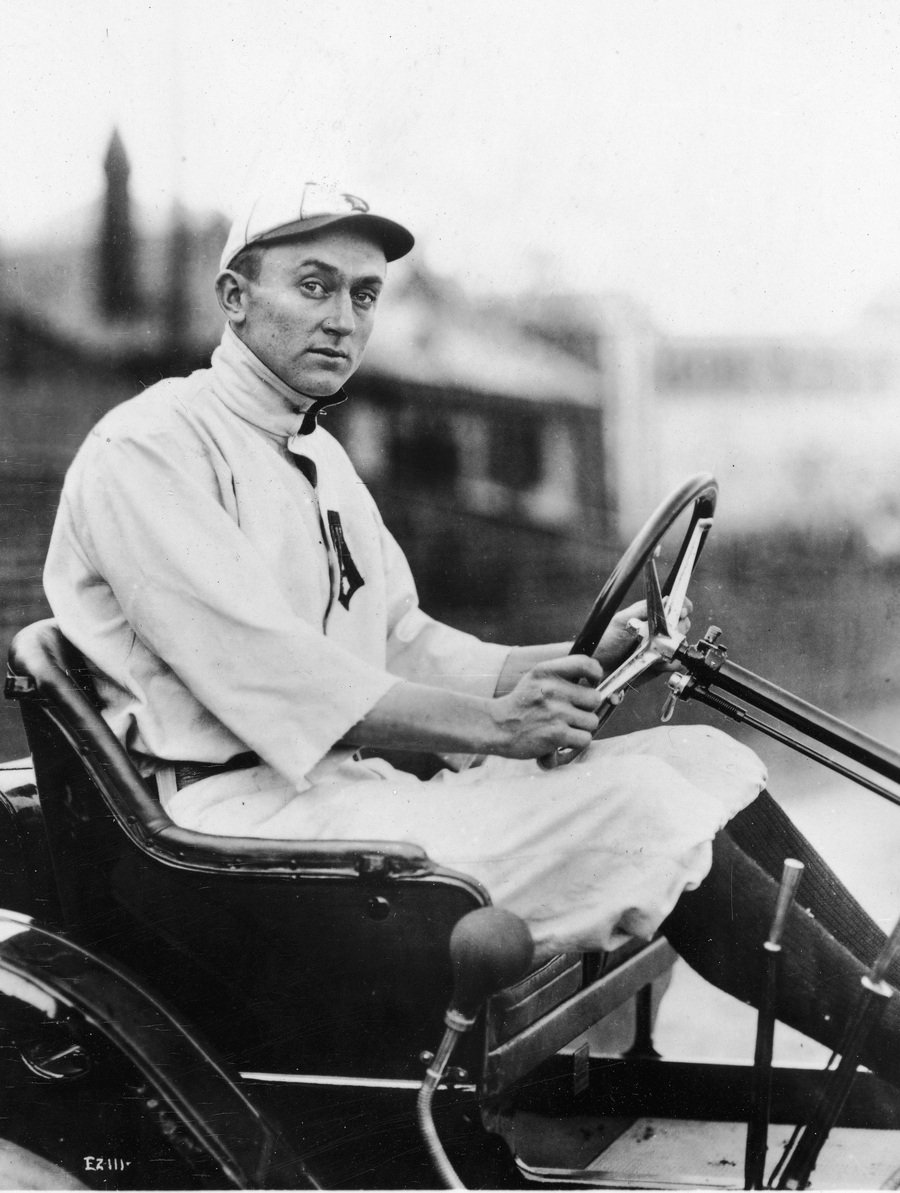 During his first professional season with the Detroit Tigers in 1905, Ty lived in a $10 a week boarding house and earned a very modest $1200 per year salary. Within two years, he was leading the league in hitting with a batting average of .350 and by 1909 he led the Tigers to three straight American League pennants. As a reward for his efforts after the 1909 season, Cobb was given a $1000 bonus and his salary was raised to $9000 per year (equal to roughly $200,000 today). Unlike his teammates and fellow big league players, the farm boy from Georgia did not let the rush of new money go to his head.

Apparently athletes being terrible with their money is not exactly a new concept. More than 90 years before Bobby Bonilla signed his brilliant 20 year deferred contract with The Mets, Ty Cobb looked around at his fellow players and came to a startling conclusion. After watching his teammates waste every dollar of their paychecks on booze, women and fancy tractors (yesteryear's Cadillac Escalade), Ty concluded that he needed to start planning immediately for his future financial security.

In order to learn more about money and investing, he started hanging around the Detroit stock market on his days off. Having grown up around farmers, he quickly realized that the price of cotton was low and bought $1000 worth of cotton futures. Within two years, as World War I approached and the need for cotton uniforms exploded, Cobb was able to sell his investment for a $7500 profit ($175,000 in today's dollars). His next investment idea came from another unlikely place. Detroit had lost the World Series three years in a row from 1907 – 1909, but each time Ty and his teammates were given a consolation ring made from copper. After starring at those three rings on his desk, one day Cobb thought that just like cotton, the price of metals would surely skyrocket as World War I dragged on. He immediately set out to find ways to invest in metal, eventually settling on a copper mine in Bisbee, Arizona. Cobb bought 400 shares of the copper mine at a price of $3 per share and would eventually sell those shares for a $15,000 profit ($300,000 in today's dollars).

Ty appeared in his first advertisement for the Coca-Cola company in 1907. The match was made in heaven as Ty truly loved the product which also happened to come from Georgia. As Ty's relationship with Coke grew he became very close friends with fellow Georgian Robert Woodruff, whose father Ernest Woodruff was the lead investor and President of the Coca-Cola company. Robert himself would  serve as President of Coca Cola from 1923 – 1954. The two Georgia boys spent many off season days talking about investment strategies while hunting on Robert's sprawling estate just outside of Atlanta. Not surprisingly, Ty became a very early investor in Coca-Cola and even a member of the company's Board of Directors. His initial Coke investment started with 300 shares, twenty years later Ty's stake in Coke had grown to more than 24,000 shares. He believed so strongly in Coke that he also ended up purchasing three Coca-Cola bottling plants, located in Idaho, Oregon and California.

After banking some big stock market wins, Cobb was hooked on investing. So much so that by the conclusion of World War I, when the very best baseball players earned $6000 per year, Ty was bringing home $20,000 in salary and was sitting on an investment portfolio that was worth more than $300,000 ($4.6 million in today's dollars). Amazingly, as his fortunes grew, so did his performance on the field. In his baseball career, Ty would eventually set over 90 league records, many of which still stand today.

In 1924, Ty was paid $25,000 to appear in a newspaper advertisement for United Motors. As per usual, instead of pocketing the money, he used every dollar to purchase United Motors stock. United Motors was eventually bought by General Motors and Ty's shares were converted to GM shares just as the American car industry was taking off. His stake in GM continued to grow as he appeared in more ad campaigns and because his original United Motor shares were purchased at such an early stage, they entitled him to huge quarterly dividend payments. Cobb would eventually endorse dozens of products from cigarettes, tobacco, laxatives, chewing gum, Louisville Sluggers, baseball gloves and even a line of Ty Cobb suspenders. He earned $1000 in appearance fees for playing in exhibition games and showing up to state fairs during the off season. And every dollar that came in was invested in some stock or real estate. 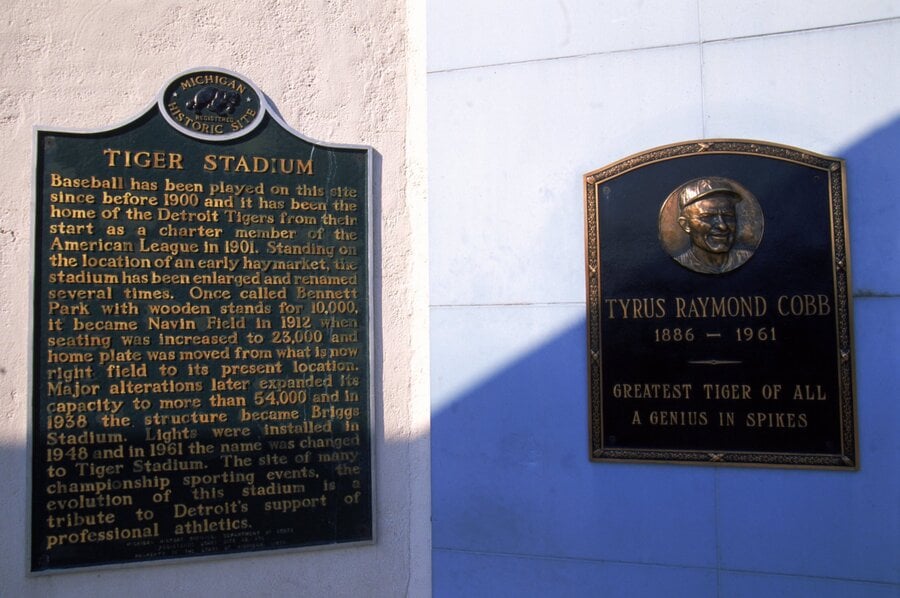 Ty's final season in professional baseball was in 1927. He finished out as a player-manager for the Philadelphia Athletics and earned his highest career salary, $85,000 ($1.14 million today). A year later he was wealthy enough to make an offer to single-handedly purchase the Cincinnati Reds for $275,000 (the offer was declined). In retirement, Cobb moved to a luxurious mansion in the exclusive neighborhood of Atherton, California (where people like Steve Jobs and Larry Ellison lived decades later). In 1936, he was one of the inaugural inductees to baseball's Hall of Fame. He was included on 92.8% of the eligible ballots. He also helped other players like Joe DiMaggio negotiate contracts and set up investment accounts. He co-authored several books about his life and continued to make public appearances both for profit and for charity right up to his death.

Ty Cobb died in 1961 after a prolonged battle with prostate cancer. A few days before his death, he checked into Emory University hospital with two bags. One bag contained personal items such as clothes and toothpaste, the other bag contained $1 million in negotiable bonds (essentially cash) and a Colt .45 pistol. At the time of his death, the value of Ty's portfolio had grown to be worth an astounding $12.1 million. That's equal to $97 million in 2016 inflation adjusted dollars. His portfolio contained $10 million worth of General Motors stock and $2 million worth of Coca-Cola. Amazingly, before he died that portfolio was paying out $450,000 every quarter in dividends alone. That meant his personal net worth was growing by roughly $15 million per year (in 2016 dollars). He also owned a vast amount of real estate including more than half of what would become Lake Tahoe in Northern California.

His will set aside 1/4 of the money to establish the Cobb Educational Foundation of Atlanta which has awarded more than $15 million worth of college scholarships to tens of thousands of poor kids in Georgia to date. He also donated a large portion of his Coca-Cola shares to build the Ty Cobb Healthcare System which today operates eight full service hospitals and care facilities throughout Georgia. Residents of Royston, Georgia refer to Cobb Memorial as "the hospital that was built with a bat".

Oh, and one more interesting tidbit: If Ty hadn't donated his Coca-Cola shares to charity where they were divested and distributed to the those in need, after 50 years of stock splits and compounding dividends, today his stake would be worth more than $2 billion! Not bad for a Georgia farm boy who turned out to be everything in life except a failure.