Moderna has dosed its first group of patients in the second phase of the clinical trial for its coronavirus vaccine. The company has led the pack of companies racing to come up with a viable vaccine to combat the pandemic so that people can return to work and a more normal life. As a result, share prices for Moderna surged last month after the company announced promising early results from the first stage of human trials. However, it now appears that Moderna may have over-hyped the results of the trial to benefit the company's bottom line. Moderna sold 17.6 million shares in the hours after its announcement. For what it's worth, first round testing only indicates the safety of the test, not the efficacy. The second round of tests, which compare the vaccine to a placebo gives a better overall picture of the viability of the vaccine.

In the days following the announcement of the first round trials, the company made $1.3 billion in a mass sale of shares to the public. At the same time, two Moderna executives—Chief Medical Officer Tal Zaks and Chief Technical Officer Lawrence Kim – sold off nearly $30 million of their combined shares. Those two sales were executed through automated trading programs for people and firms with involvement in the company, which is protection against accusations of using insider knowledge to profit. Nonetheless, the timing of Zaks' and Kim's stock sales is suspicious. Experts and analysts believe it is a form of market manipulation, i.e.: hyping stock up so that it can then be sold. 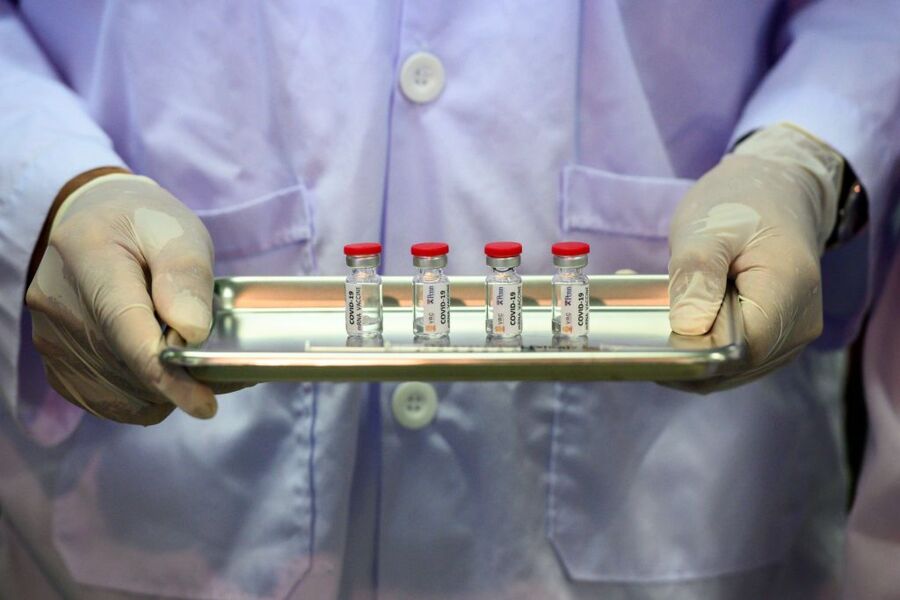 Only eight people took part in the first round of the clinical trial of the coronavirus vaccine. Those eight people had blood levels of neutralizing antibodies – immune cells that may be able to block the coronavirus – that were on par with those seen in people who had recovered from coronavirus. However, it is important to stress how early in the process Moderna is with this trial. Only about a third of drugs that enter the clinical trial phase ever make it to final-stage testing. That's why we don't hear much about early-stage tests of new drugs and vaccines.

Furthermore, a vaccine expert said that the level of antibodies found in recovered patients' plasma may not be enough to neutralize the virus. Basically, this means Moderna's highly anticipated results were not necessarily good news. There are also a number of investigations into Moderna's business practices.

Moderna is moving forward into the second stage of the trial with 600 healthy adults divided into two age groups: 18 to 55 and people over 55. Last week, Moderna announced that the first patients in both age groups had been vaccinated at each dosage. Each person in the trial will be dosed twice, with a high dose, a low dose, or a placebo. They will be followed over the course of the year for potential side effects and signs of a neutralizing antibody for the coronavirus. The stage three trial is scheduled to start in July.  Members of the National Institute of Allergy and Infectious Disease estimate that a vaccine could be available in a limited basis by January. We won't know if the phase one trial results were truly hyped up or not until the final vaccine is ready.