Two Boxers Made The List Of The 100 Highest-Paid Celebrities

By Amy Lamare on August 14, 2019 in Articles › Entertainment

There are two boxers on the list of the 100 highest-paid celebrities this year. Three, if you count Conor McGregor, which I don't. MMA is a different sport. There's a notable change to the hierarchy in boxing this year – Floyd Mayweather is no longer on the list of the highest-paid in the sport. He dominated the sport and the highest-paid list for so long that it is very odd to see his name missing from the list. The undefeated boxer retired from boxing – though he did have a weird exhibition in Japan this year that paid him $9 million. Still, $9 million is nowhere near enough money to crack the top 100. Celine Dion came in at #100 with $37.5 million in earnings.

The two boxers that made the Celebrity 100 are at the top of their sport. 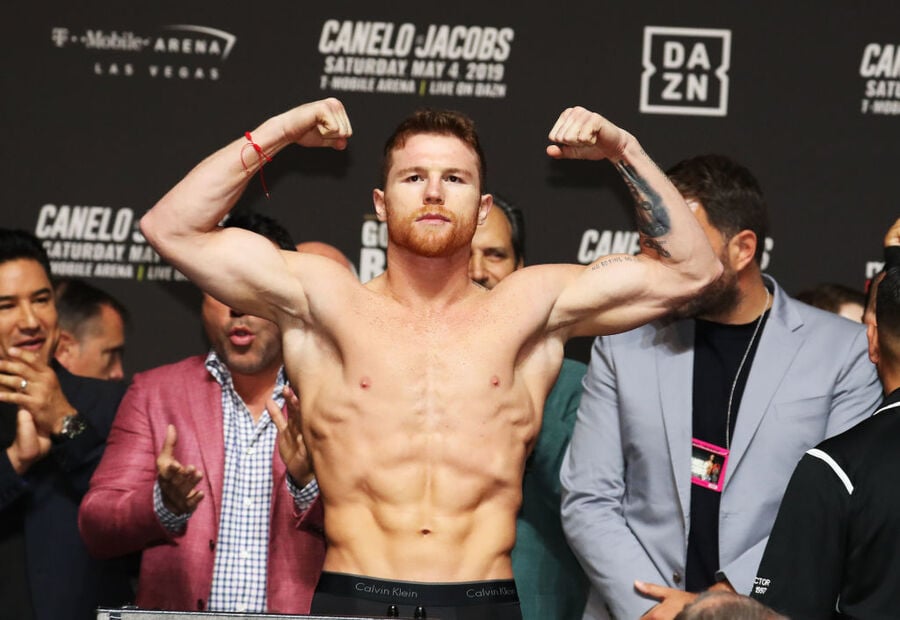 Anthony Joshua is the 49th highest-paid celebrity of the year, the 14th highest-paid athlete, and the second highest-paid boxer. The 29-year-old British boxer turned pro in 2013 and won his first 22 pro fights. He was heavyweight champion of the world from 2016 to 2019 until his shocking loss to Andy Ruiz, Jr. In 2018, he left Showtime as part of an eight-year, $1 billion deal between his promoter Matchroom Sports and the DAZN streaming service. He also makes a mint on sponsorships and endorsements including Under Armour, Land Rover, Beats, Jaguar, British Airways, and Hugo Boss. Anthony Joshua has a net worth of $60 million.

Canelo Alvarez is the 10th highest-paid celebrity, the fourth highest-paid athlete, and the highest paid boxer this year.  Last fall the Mexican boxer signed a 5-year, $365 million contract with streaming sports network DAZN. His contract covers 11 fights. That's enough to be the biggest sports contract in history and technically makes Canelo the highest-paid athlete on the planet. He's already made about $50 million combined for his first two fights on DAZN. He's expected to pocket at least $35 million per fight going forward. Canelo Alvarez has a net worth of $120 million.