It was a good year for musicians – that is, musical acts that are not a band – think more Taylor Swift and Paul McCartney and less Zac Brown Band and the Eagles. Musicians made up more than one fourth of the Celebrity 100 this year, and grabbed both the #1 and the #100 spots from Taylor Swift to Celine Dion, two of the musicians represented.

The calculations are in and Taylor Swift reigns supreme both in music and on the Celebrity 100. She grabbed the #1 spot with her $185 million in earnings over the past year. Kanye West grabbed the #3 spot with $150 million, but we have to put an asterisk on that, as a majority of Kanye's pay comes from his Adidas partnership on his Yeezy sneakers, which pays him a per-shoe royalty of 15% on wholesale. Yeezy has done an estimated $1 billion in sales over the past 12 months. Newlywed Ed Sheeran rounds out the top five in the Celebrity 100 with his $110 million in earnings. Of course Kanye isn't the only musician who made the bulk of his earnings outside of music this year. Rihanna, Sean Combs, and Jimmy Buffett are also in those ranks.

The top-paid musicians in the world include a number of acts that have been around for decades including Celine Dion, Jimmy Buffett, Elton John, Billy Joel, and Sir Paul McCartney – acts that prove rock doesn't die when you pass 50 years of age.

More troubling is the inclusion of just nine women among these 26 acts. 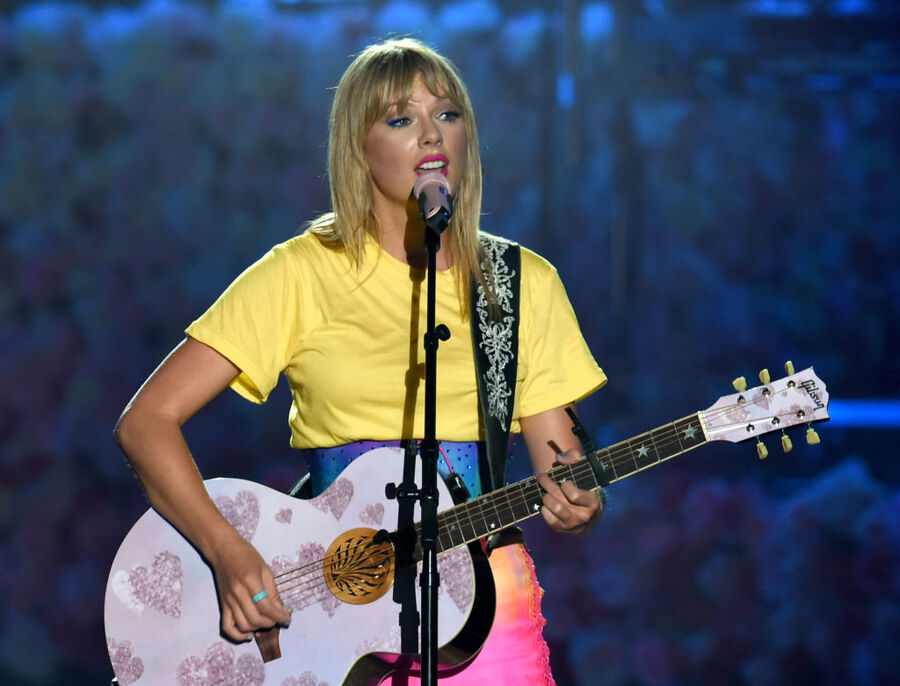 The Canadian singer comes in at #100 on the Celebrity 100. She made the bulk of her income over the past year from her Las Vegas residencies. Since A New Day opened in 2003, Dion has made about $400 million performing 70+ shows a year in Las Vegas.

20-year-old Shawn Mendes grabbed the 98th spot on the Celebrity 100. He played 56 shows over the past year, with 27 of them in support of his world tour for his third studio album Shawn Mendes.

The hip hop star snagged the 95th spot on the Celebrity 100. He played 36 shows over the past year.

Lady Gaga came in at #90 on this year's list of highest-paid celebrities. Her leading role in A Star Is Born earned her $5-10 million of the $434 box office gross. She also took home $725,000 per night for her lucrative Las Vegas residencies, which she has extended to the spring of 2020.

The 78th spot on the Celebrity 100 goes to the Georgia native Luke Bryan. He spent much of 2018 on the road with his What Makes You Country Tour.

Jenny from the Block just turned 50 in style and grabbed the 76th spot on the list of highest-paid celebrities. She finished up her Las Vegas residency in 2018 and grossed over $100 million in two years.

The former Beatle comes in at #62 on the Celebrity 100. He played 25 solo shows as a part of his Freshen Up tour, grossing an average of $4 million per show. He made $17.8 million from four shows in South America in 2019.

The "Thank U, Next" singer is tied for #62. She released two number one albums within six months of each other and became the youngest Coachella headline in the festivals 20-year history. Over the past year, she played 34 shows on her Sweetener World Tour, grossing a bit over $1 million per stop.

The 57th spot on the Celebrity 100 goes to Detroit rapper Eminem. He headlined festivals including Bonnaroo and performed the European Leg of his Revival World Tour.

Jimmy Buffett is tied for #57. He turned his song "Margaritaville" into a lifestyle empire that makes up the bulk of his earnings. It includes restaurants, resorts, apparel, footwear, home décor, tequila, margarita mix and a retirement community.

The Piano Man is the 53rd highest-paid celebrity of the year, despite not releasing a pop or rock album since 1993. He annual residency at Madison Square Garden brings in seven figure sums for Joel.

Pink, #43 on the Celebrity 100, played 81 shows of her Beautiful Trauma World Tour, grossing about $3 million per stop.

Justin Timberlake is the 41st highest-paid celebrity of the year, thanks to his 13-month Man of the Woods Tour. The tour had 115 shows and grossed over $225 million.

Katy Perry is tied for #41 on the Celebrity 100. She did 37 stops on her Witness: The Tour over the past year, grossing more than $1 million per stop.

The 39th highest-paid celebrity of the year was on tour with his Astroworld: Wish You Were Here Tour over the past year. The tour grossed more than $65 million. Also, in May, Scott donated the merchandise profits from his gig at the Hangout Music Festival in Gulf Shores, Alabama to Planned Parenthood.

Rihanna grabbed #36 on the Celebrity 100. The bulk of her earnings for the past year came from Fenty Beauty. The brand, founded in September 2017, generated $570 million in revenue last year.

Diddy has Ciroc vodka to thank for his #27th ranking on the Celebrity 100. It is the main driver of his fortune these days.

Drake grabbed the 25th highest earnings of celebrities this year with his double album Scorpion and the Aubrey and the Three Migos tour which grossed $79 million on its 43-date run.

Beyoncé's On the Run II stadium tour with Jay-Z grossed $5 million per night for more than $250 million total for the 20th position on the list of highest-paid celebrities. In April she released Homecoming, a live album and Netflix special about her 2018 Coachella performance.

It's fitting that Beyoncé and Jay-Z are tied for the 20th spot on the Celebrity 100, since they are married and they performed the On the Run II tour together!

The Rocket Man grabbed the 19th spot on the Celebrity 100, thanks to his Farewell Yellow Brick Road Tour, which performed 101 shows in the past 12 months. The entire tour is more than 300 shows on five continents and will wrap up in 2021.

Ed Sheeran grabbed the 5th spot on the list of highest-paid celebrities thanks to his Divide Tour, which wraps up this summer with more than two years on the road and $600 million grossed worldwide.

As we said, the 2nd highest-paid celebrity of the year is Kanye West, thanks to the immense popularity of his Yeezy sneakers.