Trust No One! Athletes Whose Business Managers Have Blown Their Money Away

By Joey Held on February 3, 2015 in Articles › Entertainment

A star professional athlete can earn millions of dollars from the team he or she signs with. And those millions can be doubled, tripled, quadrupled, or increased by whatever kind of multiplier you'd like, thanks to investments in businesses, products, and real estate. But most athletes don't have a background in finance, so many hire business managers and financial advisers. Unfortunately, those managers aren't always the most scrupulous.

Tim Duncan learned this lesson the hard way. Earlier this week, it was revealed that Tim is suing his former business adviser, Charles Banks, over millions in alleged losses. Duncan's team of lawyers are claiming that Duncan was manipulated into making multiple investments that netted banks a ton of extra income, but barely returned any money to Duncan.

Timmy D can probably thank his divorce for bringing this to his attention. When he divorced his wife of twelve years back in 2013, Tim and his accountants were forced to do a thorough audit of his personal finances and investments. In the process, Tim learned that his losses directly connected to Mr. banks totaled over $20 million. 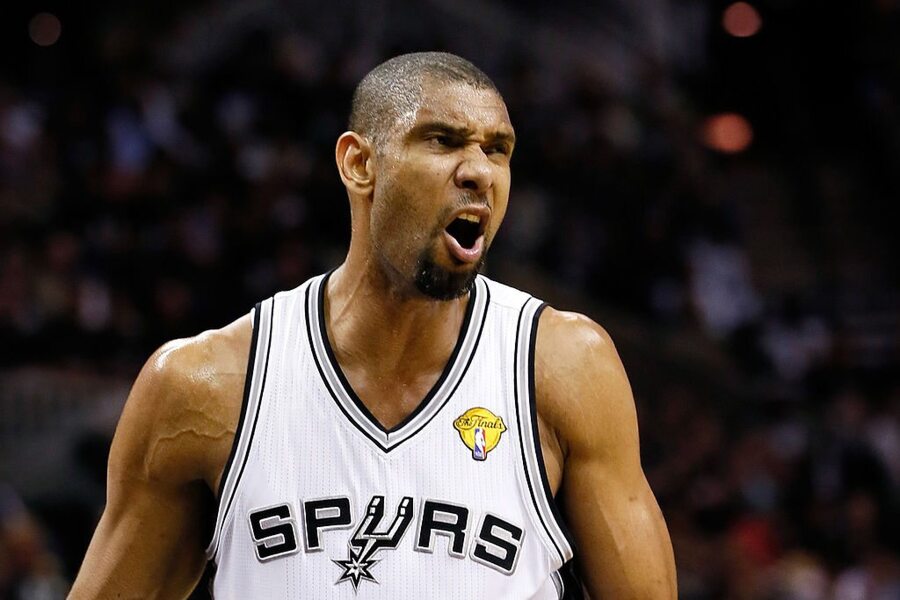 Banks, who has been a friend of Duncan's since the power forward's rookie year in 1998, allegedly made a number of questionable investments for the star. The largest was for $7.5 million, and Banks allegedly kept 20%, or $1.5 million, as a retainer fee. Duncan's lawsuit also claims that Banks forged Duncan's signature on a bank loan.

Fortunately for Duncan, he's made more than $224 million in his NBA career. And that's just his salary. It doesn't include commercials (like the hilarious H-E-B ads he's done with his teammates), or any of his shoe deals. The losses will sting, but he'll still have plenty of paper left in his pocket. As of this writing, Tim's net worth is $130 million.

Duncan is hardly the only NBA player who has been taken for a bunch of money by a manager. In 2013, then Heat players Rashard Lewis, Mike Miller and James Jones were defrauded by Haider Zafar, a man who pretended to be from a wealthy Pakistani family. He promised to invest millions in various business opportunities, and received a $1 million, three-season Heat ticket package for free, in addition to the money he took from the players. Lewis gave him $4 million, Miller gave him $2.6 million and Jones $1.5 million (which happened to be his entire salary for the season)!

How did Zafar pull that off? With a lot of bravado. He bragged about a $35 million Swiss bank account and luxury residences in Miami and New York. He was often seen being chauffered around in fancy cars. And he had actually pleaded guilty to swindling a Washington, D.C. businessman out of $10 million between 2008 and 2010. Clearly he's had practice with this.

Sometimes, managers won't even offer investments–they'll just straight up steal from a player. In 2008, former Pistons star Richard Hamilton discovered he had lost up to $500,000, and accused manager Josh Nochimson of defrauding him, using credit cards without Hamilton's knowledge. The two originally met while attending the University of Connecticut, and stuck together while Hamilton was drafted in 1999.

Nochimson served as Hamilton's business manager, but at the time was also acting as agent of Chicago Bulls forward, Luol Deng. Nochimson decertified himself when an investigation became pending.

It seems scary that someone so close to you could take so much money right out of your pocket, but it's a good reminder to check your finances often. And whatever you do, please don't throw a year's salary into a single investment.