The Tragic True Story Behind The Founder Of Victoria's Secret

By Amy Lamare on December 14, 2014 in Articles › Entertainment

It is hard to imagine a time when buying lingerie wasn't as easy as walking into your nearest mall to go to Victoria's Secret. However, it really wasn't all that long ago that the Victoria's Secret Angels (and the underwear they model) were just a germ of an idea in the mind of a man named Roy Raymond.Raymond's inspiration came after a particularly uncomfortable experience trying to buy his wife lingerie. You may remember a scene from the 2010 movie The Social Network in which Sean Parker explains to Mark Zuckerberg the difference between a good idea and a good idea with follow through. During his rant, Parker uses Roy Raymond and Victoria's Secret as the prime example to prove his point.

A Stanford MBA named Roy Raymond wants to buy his wife some lingerie but he's too embarrassed to shop for it at a department store. He comes up with an idea for a high-end place that doesn't make you feel like a pervert. He gets a $40,000 bank loan, borrows another $40,000 from his in-laws, opens a store, and calls it Victoria's Secret. Makes $500,000 his first year. He starts a catalog, opens three more stores, and after five years he sells the company to Leslie Wexner and the Limited for $4 million. Happy ending, right? Except two years later, the company's worth $500 million and Roy Raymond jumps off the Golden Gate Bridge. Poor guy just wanted to buy his wife a pair of thigh-highs.

The point of this quote in the movie was to illustrate that the real genius behind a once in a lifetime idea isn't the idea itself-it is the ambition, drive, insight, and perseverance to take that idea and see how far it can go. There is no better way to demonstrate this point than with the story of Raymond, Wexler, and Victoria's Secret.

Back in the mid-1970s, Roy Raymond walked into a department store to buy his wife lingerie. What he found was not what we are used to today. All there was to be had were ugly floral print nightgowns showcased under the harsh glare of utilitarian fluorescent lighting. To make matters worse, the saleswomen, typically older, matronly women, made Raymond feel like a pervert for just being in that department.

It occurred to Raymond that other men must want to buy their wives something sexy and must also feel out of place in the women's undergarments department. The then 30-year old struck upon an idea to create a market for something that currently didn't exist – a lingerie store that would make men confortable shopping there.  Raymond pictured a Victorian-style boudoir with dark wood, oriental rugs, and silk curtains. He chose the name Victoria to give the store an air of respectability. Her "secrets" were hidden within. He created a personality when he created his store, one that men were drawn to.

In 1977, with $40,000 in savings and another $40,000 in loans from family, Raymond and his wife set up the first Victoria's Secret in a small shopping mall in Palo Alto, California.

This may not seem like a big deal to today's consumers, but back in the late 70s, it was a big deal. Stores like Victoria's Secret did not exist in the United States. In the 1950s and 1960s, underwear was about durability and practicality. Sexy lingerie was strictly reserved for honeymoons and anniversaries. The go-to place for this type of lingerie was Frederick's of Hollywood. Then the late 1960s and 1970s called for women to free themselves from the tyranny of bras. In response, the intimate apparel industry created new bras and panties that would give women the natural look they wanted yet keep their bustline from sagging. To put it simply, underwear was function, not fun during this era.

When Victoria's Secret opened, it changed that mindset. By 1982, within five years of opening the Palo Alto store, three more stores had opened in the Bay Area and Raymond launched the company's now ubiquitous catalog. Sales were more than $4 million annually, but something was not quite clicking with the shopping public. Despite this outward appearance of success, Victoria's Secret was near bankruptcy. 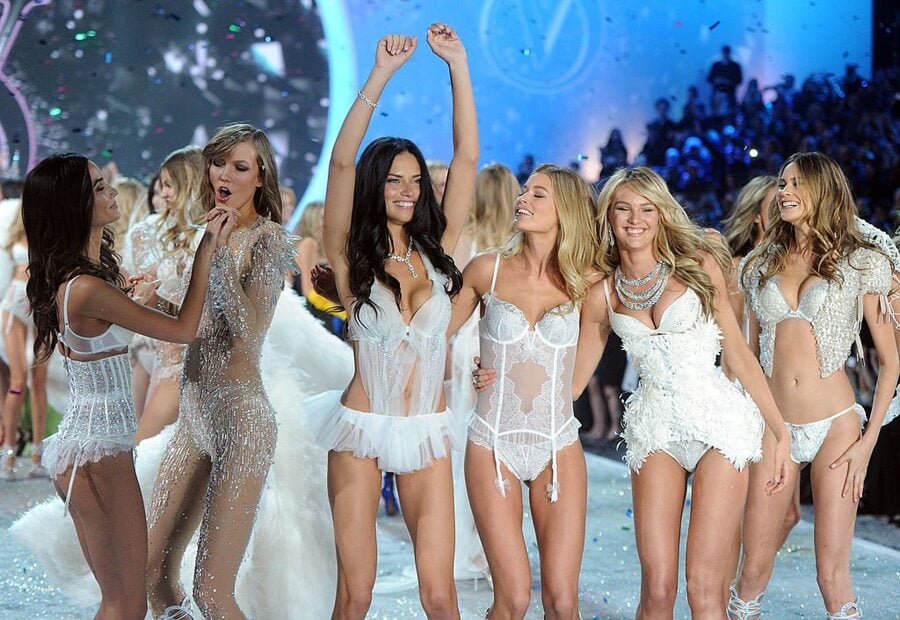 This is where Leslie Wexner came in.  Wexner was at the time famous for The Limited and would go on to add Express, Structure, Abercrombie and Fitch, Lane Bryant, Bath and Body Works, and Leaner New York, and other retail chains to his portfolio. When Wexner was in his 20s, he noticed that career women were no longer wearing dresses. In 1963 he opened a store selling only sportswear separates. The Limited grew to 11 stores by 1970 and 188 by 1977 when Victoria's Secret opened. He was worth $50 million in 1977 when he was 40 years old.

By the early 1980s, Wexner was looking for new brands to branch out into. While visiting a Limited store in San Francisco, he happened upon Victoria's Secret. He hadn't seen anything like it in the United States. A whole store full of sexy lingerie just didn't exist outside of Raymond's market.

Wexner almost immediately honed in on what was wrong with Victoria's Secret's business model. The store and catalog appealed to men. Raymond had failed to draw in women with his concept. Wexner felt that women were as uncomfortable in Raymond's Victoria's Secret as Raymond has been in the intimates section of the department store all those years ago. Still, Wexner saw the potential in Raymond's concept and in 1982, he bought the stores and the catalog for $1 million. (Not the $4 million "The Social Network" claimed.)

Wexner's first step in transforming Victoria's Secret into a store that would appeal to both genders was to study the lingerie boutiques of Europe, where women approached sexy lingerie as an essential to everyday dressing. He became convinced that if American women has access to the same beautiful and sexy lingerie as European women did, they would also want to wear it everyday.

Wexner sought to fill the gap in the intimate apparel industry that existed between the discount mass-market brands and the luxury brands. He saw Victoria's Secret as a La Perla for the masses.  He redesigned the stores, getting rid of the Victorian boudoir in the process. The new stores were inviting to women.

Basically, what Wexner achieved was balance. Women were buying Victoria's Secret products and men were ogling and enjoying the catalogs.  By 1995, Victoria's Secret had 670 stores in the United States and $1.9 billion in sales. Today, Victoria's Secret is the most popular apparel brand in the world with annual revenues of nearly $5 billion.

Unfortunately, as Victoria's Secret's success skyrocketed after Raymond's exit and Wexner's makeover, Raymond himself floundered. After he sold his company to Wexner, Raymond remained as President until  about 1984, when he left to open the high-end children's retail and catalog company My Child's Destiny.  However, the San Francisco based brand never took off, due to a bad marketing strategy that only focused on wealthy parents and a terrible location with no walk-in traffic. In 1986, Raymond filed a Chapter 11 bankruptcy and he and his wife divorced.

In 1993, Roy Raymond committed suicide by jumping off the Golden Gate Bridge.

The tragedy in what happened to Raymond is that he struck upon the genius idea of removing the shame factor from the process of purchasing sexy underwear. Raymond's story reads like a cautionary tale of how you can have the best idea in the world and still miss the mark. (See: Friendster, MySpace) The true genius lies in how far you are willing to ride out your idea. Oh and by the way, today Leslie Wexner is worth nearly $7 billion thanks largely to Victoria's Secret. Sean Parker is worth $3 billion. Mark Zuckerberg is worth $32 billion.