By Paula Wilson on February 11, 2014 in Articles › Entertainment

If you met Tracy Britt Cool at a business convention, you might assume she's one of thousands of young, ambitious future executives fighting for a spot up the corporate ladder. In reality, this 29 year old Kansas farm girl is about to become one of the most powerful business people in the world. That's because Tracy Britt Cool is one of billionaire investor Warren Buffett's most trusted senior advisors. She's also one of the youngest people in history to manage a Fortune 500 (she actually manages three). And, if all goes to plan, Tracy could be next in line to takeover the $300 billion Berkshire Hathaway empire when Mr. Buffett decides to retire. Her meteoric rise in the business world has the entire world talking and her name is an apt description for how she handles business deals. So how did this youthful Harvard grad snag a spot at the absolute top of the executive food chain? 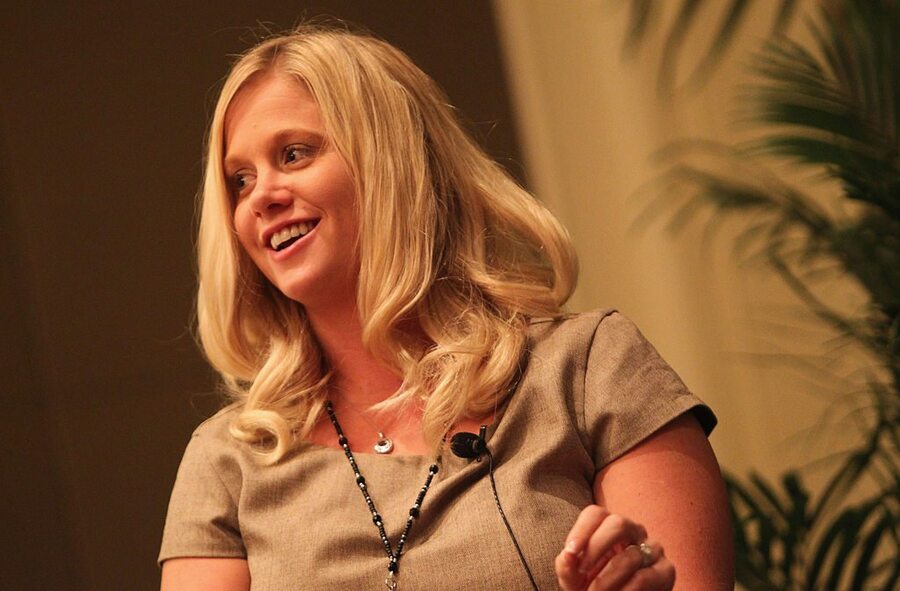 Tracy Britt Cool was born in Manhattan, Kansas and grew up on her family farm.  She later managed the farm with her brother, but said about her time with her family's company – "Every minute I had to work on the farm, I hated it.".  She clearly had ambitions that had nothing to do with farming, or Kansas, and set out to make them happen at a very early age.  By high school, it was clear that she had outgrown her town in a big way.  Voted "Most Likely to Become a Billionaire" by the senior class at her high school, Tracy Britt Cool had a laser-like focus on business and getting out of Kansas.  She received the prestigious Horatio Alger Association of Distinguished Americans' scholarship in 2003.  The $10,000 award went towards her first year at Harvard University.

Once at Harvard, she quickly made a name for herself among the various school organizations and business groups.  Her classmates were in awe of her professionalism and focus, and by her sophomore year, she had become the Chairman of the fundraising committee for Harvard Undergraduate Women in Business, an executive board member for the Women's Leadership Conference, a member of Kappa Alpha Theta sorority, and the co-founder and co-director of her own group, Smart Women Securities (SWS).  SWS was dedicated to educating women about everything business related, and included trips to speak with various high-level executives and tours of major corporations.  One of these trips was a tour of Berkshire Hathaway's Omaha, Nebraska offices.  Long a fan of Warren Buffett, Tracy Britt Cool had interned at Lehman Brothers Holdings, Bank of America Corp, and 85 Broads, in a concerted effort to gain as much knowledge about securities, investing, and analysis as possible.  Her letter to Warren Buffett, asking for the opportunity for SWS to visit his offices, was both a chance for her group to see the inner workings of a successful company, and a chance for her to get onto the famous businessman's radar.  While a student at Harvard Business School, she wrote:  "My goal is to work with a great investor, who even more importantly is a wonderful teacher and mentor".  Her planning paid off.  After she graduated, she wrote to Warren Buffett again, this time seeking a job.  He remembered her, and offered her a summer job analyzing Lehman Brothers', which had filed for bankruptcy. 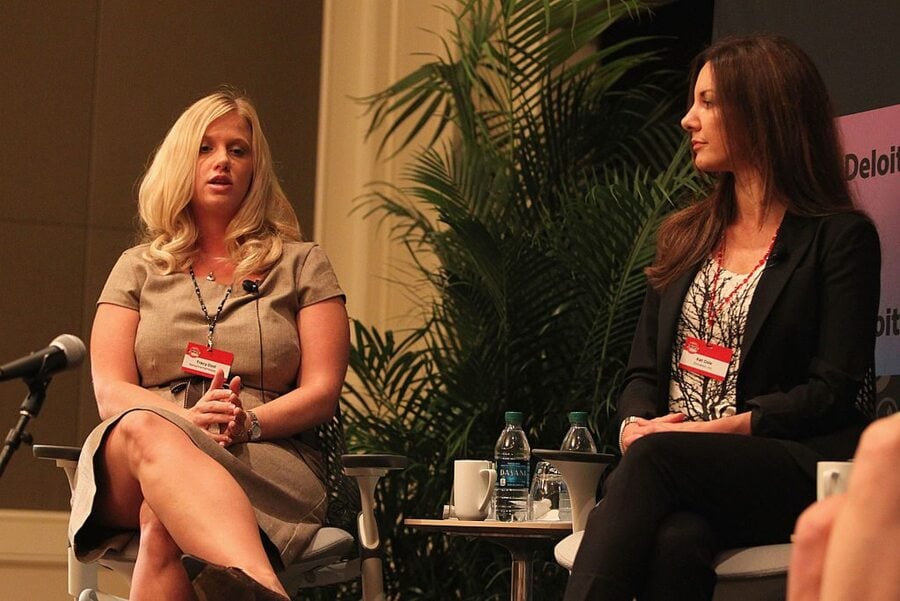 From there, she went to work full-time at Fidelity Investments, again as an analyst.  Her time at Fidelity proved to be short-lived, as Warren Buffett offered her a full-time job keeping tabs on the merger between Berkshire Hathaway and Leucadia National Corp.  Her handling of the merger helped the new company, now known as Berkadia Commercial Mortgage, earn back the initial $217 million merger investment in under five years.  It also made her one of Warren Buffett's new favorite people.  He began sending additional responsibilities her way… in the form of whole companies.  She began traveling to all of the subsidiaries and offices that Mr. Buffett and his immediate executive circle had not been able to visit in years.  She made cuts, moved personnel, reconfigured boards, and reported everything back to Buffett.  Her ability to be dispassionate and focused, while also allowing the staff to speak their minds, made her an instant asset to Berkshire Hathaway, though not always a favorite person of employees.

In 2012, Warren Buffett handed her Oriental Trading.  He was uncertain if the purchase was a wise one, but he decided to put Tracy Britt Cool in charge of it to see what she would do.  She was successful.  He then gave her Larson-Juhl.  She brought in one of her former classmates to manage the company.  After cuts and extensive reorganization, the company became both profitable and well-reviewed by employees.  She has since taken on Benjamin Moore and Johns Manville, as well.  Not every decision she has made has been a success.  She is, after all, only human, but her track record, especially at such a young age, has consistently impressed more experienced executives.

In addition, she has truly found the mentor figure she was seeking in Warren Buffett.  Mr. Buffett walked her down the aisle when she was married, a stand-in for her late father.  She often attends holiday parties thrown by Warren Buffett's daughter.  With her quiet managerial style, stellar investment track record and excellent analytical skills, Tracy is widely believed to be Warren's favored heiress apparent when he decides to retire from Berkshire Hathaway. Warren has already said that her understanding of so many of his companies will make her extremely valuable to guide the future of his corporate behemoth.  Just like her classmates, he recognizes her ambition and skill, and he is happy to take advantage of both.

Looking back through Tracy Britt Cool's history, it is clear that ambition is only part of the equation.  Though her rise may seem meteoric, she has actually been working towards her goal for 15 years.  So what's the secret to finding business success and earning millions before you turn 30? Tracy Britt Cool would probably tell you that it is a combination of total focus, having a long-term game plan, a willingness to work your way up… and the bravery to write a few letters to the people in charge.  Now you've got the goods.  Go forth and conquer.