Toys Of The Rich: A Fully Functional Island In Scotland Is For Sale

If you have a couple of million lying around and feel the need to escape, have we got a deal for you! A 760 acre, fully functioning island in Scotland is for sale for the relatively bargain basement price of $2.3 million. That's less than the cost of an average home in New York City, Los Angeles, or San Francisco and you get the whole island with nine cottages and a stone schoolhouse!

The island is called Tanera Mor and it is 1.6 miles long and 1.2 miles wide with amazing views. It is seven miles of rugged cliffs, coves, and beaches. The island is just a mile and a half off the northwest coast of Scotland. Tanera Mor has electricity from its generators and wind turbines, a freshwater treatment plant, telephone service, and broadband Internet service.

Scotland has planted more than 164,000 trees that are native to the island over the past 15 year to give the land protection from the wind and the sea. 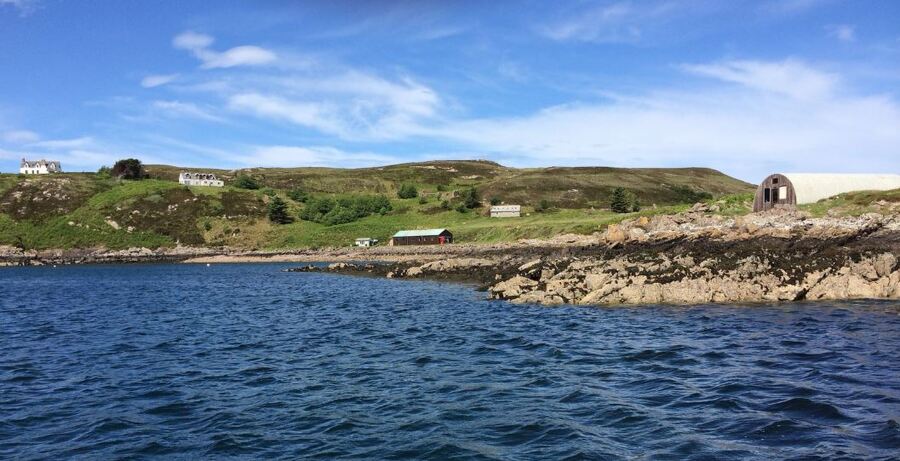 There are 10 buildings on the island constructed out of the traditional stone. The main building is the Old School House. There are nine cottages – plenty of room for family and friends! All of the buildings have been restored and feature the aforementioned broadband for all of you remote workers.

The island even has its own private postal service to get mail to and from the mainland. Oh and by the way, if you buy Tanera Mor, you can make up your own stamps.

Whomever buys Tanera Mor joins an elite club of private island owners that includes Richard Branson, Larry Ellison, Johnny Depp, Paul Allen, and David Copperfield. With nine cottages on the island, you could invite them all over!

What are you waiting for? Gather a group of  8 friends, pitch in $255,555 each and buy this lovely getaway!