By Joseph Gibson on January 4, 2017 in Articles › Entertainment

Iron Man has doubtlessly been a popular inspiration for models, toys, and Halloween costumes for a while now, ever since he hit the big screen for the first time in 2008. But The Toys Asia has brought the game to a new level, albeit in a form that can't actually be worn. It's the Iron Man Mark 43, which can be a part of your own personal Avengers Mansion for $360,000.

Experienced Starkians know that the Mark 43 Iron Man suit was seen in Captain America: Civil War and Avengers: Age of Ultron, and will doubtlessly appreciate the meticulous craftsmanship that replicates the look of the suit down to the smallest detail. But anybody can appreciate the model's 567 parts, which spring into action thanks to 46 motors controlled by an included remote control device – in 28 seconds, the suit can go from its open display mode to its fully engaged "online" mode or vice versa. 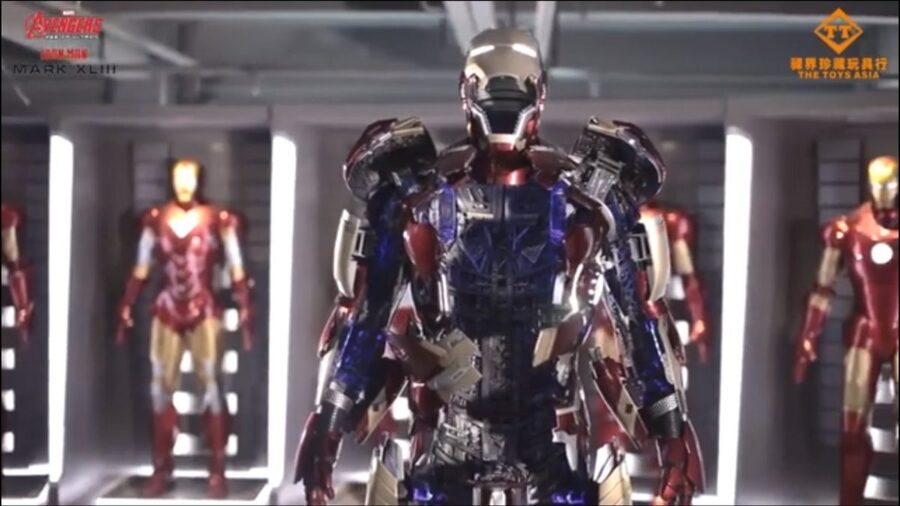 You'd have to have a pretty curious body shape to actually fit into The Toys Asia's Iron Man Mark 43 suit though, and it probably wouldn't be advisable even if you could manage it. But it makes a pretty excellent display piece and conversation starter, particularly if you don't mind answering the question of why you dropped 360 grand on an Iron Man toy.

The good news is, you don't actually have to spend that much money to see the model in action. In fact, you don't have to spend any money at all, since The Toys Asia made a nifty demonstration video for the model that you can check out for yourself below. And I'm sure it will only be a few years until they (or someone else) makes something like it that you can actually wear.