By Amy Lamare on August 8, 2013 in Articles › Entertainment

Oil. Black Gold. Texas Tea. We all need it to make our cars work, to power transportation, to fuel our modern lives. It seems the world economy is relentlessly focused on the pursuit of oil, the production of oil, the obtaining of enough oil. It has fueled wars and toppled governments. Those who have more oil, will always be pursued by those who need more oil. And while there have been some very positive strides in getting the world less addicted to oil, we're still decades away from being completely sustainable on clean-energy sources like solar and wind power. So what are the top ten oil producing countries in the world today??? Considering how addicted America is to Arab oil supplies, you may be very surprised to find out that not only does the U.S. make the top 10 of this list, but we're near the top! 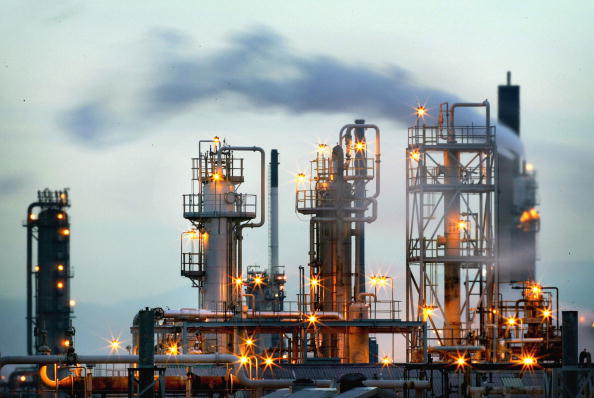 In 2012, world oil production rose 2.5%, echoing an increased need globally for this natural resource. Of the top ten oil producing countries, nine increased their oil output, while one —Mexico—decreased theirs. The United States had the largest growth in terms of oil production in 2012 at 14%. When talking about oil production, we are talking about the sum of crude oil barrels extracted on a daily basis during the drilling process. 63% of the world's total oil output is produced by the top ten countries.

With a 12.65 percent share of world oil production, Russia is a major oil producer. The proven reserves in Russia are 60 billion barrels, with Eastern Siberia being an area for future drilling. Preliminary estimates show that as much as 4.7 billion barrels can be drilled there.

Saudi Arabia produces 11.28 percent of all the oil in the world. They have the second biggest proven oil reserve at around 263 billion barrels.

The United States produces 10.74 percent of all the oil in the world. The International Energy Agency (IEA) stated in November 2012 that the United States would surpass Russia and Saudi Arabia and become the world's largest oil producer over the next four to seven years (2017-2020).

Iran produces 4.6 percent of the world's oil output, and their proven reserves are at 137 billion barrels. Iran's current oil levels are enough to last the country 90 years.

China supplies 4.56 percent of the world's oil, but have been in the business just since the late 1950s when huge reserves were discovered in the northeastern part of the country. China has a huge need for oil, and even with their production and proven reserves, still have to import oil to meet the country's needs.

Iraq has 3.75 percent of the world's oil, but their export of the oil is set to decline sharply due to infrastructure and security problems. Development in three key oil fields in the southern region of the country aim to oil production by 360,000 barrels a day by the end of 2013 and the beginning of 2014.

UAE has 3.32 percent of the world's production. They have reserves of as much as 98 billion barrels. The UAE has been using their resource cautiously, with plans to increase production to about 5 million barrels per day by 2015.

Mexico has 3.56 percent of the world's production of oil. More than a third of their daily production is exported to the United States. The revenues from their oil trade account for 10 percent of Mexico's export earnings.

Kuwait produces 2.96 percent of the world's oil and they still have a proven reserve level of 104 billion barrels.

What are your thoughts on our addiction to oil? Do you think some day soon we'll be completely green? It sounds like a dream world, but it certainly would be nice to not be so dependent on the middle east to run our world!