The 12 Most Entrepreneurial Athletes Of All Time

By Amy Lamare on September 22, 2017 in Articles › Entertainment

Athletes impress us with their power on the court, field, course, or half pipe. They are, at times, super human. Unfortunately, athletes also have relatively short careers in comparison to say, an accountant or nurse. The following 11 athletes went above and beyond in their careers and also in business. Each of them has built a business outside of their respective sport. Let's take a look at these entrepreneurial athletes.

Business: Maria Sharapova made good use of the time she spent suspended from tennis after failing a drug test. She founded the candy company Sugarpova, which sells a line of chocolates and Gummi bears.

Businesses: Serena Williams is one of the most popular endorsement athletes in the world. She earns $15-20 million per year outside of tennis from her deals with companies including Nike, JP Morgan, Beats by Dre, Wilson and Kraft Foods. In 2004, Williams inked a $40 million deal to produce a fashion line with Nike. 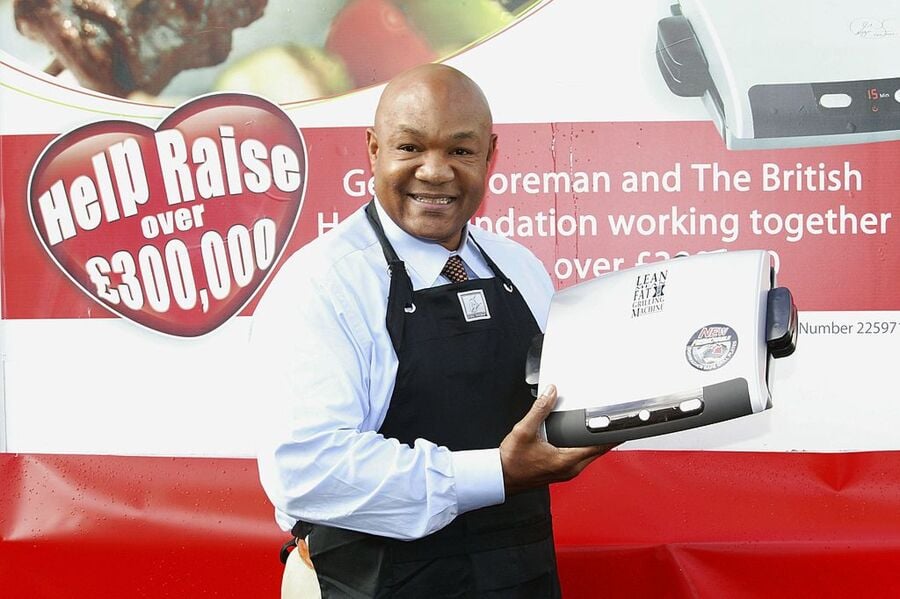 Businesses: In 1994, George Foreman signed on to be the celebrity spokesman for a new grill. Over the years, the George Foreman Grill has sold over 100 million units worldwide. During those early years, George was paid 40% of the profits from the sale of each grill. At his peak, his royalty check was $8 million each month. In 1999, the company making the George Foreman Grill paid him $138 million to buy the rights to use his name on their grill in perpetuity. Between the monthly royalties and the buy-out, George personally pocketed a minimum of $250 million from the grill.

Businesses: LeBron James, his business partner Maverick Carter, and his financial adviser Paul Wechter each invested less than $1 million into Blaze Pizza, an upstart fast-casual pizza chain back in 2012. Over time, the brand has grown considerably, helping LeBron's share of the company grow in value; the $1 million that the trio invested in 2012 is now worth $25 million. LeBron is also involved in a social media company called Uninterrupted which connects athletes with fans, Spring Hill Entertainment, a production company with a deal at Warner Brothers, and has a lifetime deal with Nike.

Businesses: Roger Staubach worked in real estate every off-season during his NFL career. He built The Staubach Company into a real estate empire. In 2008, he sold it for $640 million.

Businesses: Junior Bridgeman was quick to realize that his NBA career would be relatively short. So, on a whim, Junior decided to purchase a franchise of Wendy's, his favorite fast food restaurant. After more than 25 years in business, Bridgeman Foods Inc. operates more than 160 Wendy's and more than 120 Chili's franchises in America. Bridgeman Foods has annual revenues in excess of $530 million dollars.

Businesses: Magic Johnson founded Magic Johnson Enterprises, an investment conglomerate valued at $1 billion. Magic Johnson Enterprises owns Magic Johnson Theaters, a movie studio and a promotional marketing company. In 1994 Magic paid $10 million to buy 4.5% of The Lakers, which he sold in 2010 to billionaire Patrick Soon-Shiong for a reported $50-60 million. In 2010 Johnson also sold his chain of Starbucks for $75 million. In 2012, Magic and a group of partners purchased The Los Angeles Dodgers for $2 billion. He also co-owns the LA Sparks and LA Football Club.

Businesses: Arnold Palmer was really the first player to reap the financial rewards of product endorsement. He and his agent created the model for endorsements that so many athletes today rely on. Prior to his death in September 2016, Palmer made more than $40 million a year thanks to endorsements, licensing agreements, 500 retail stores selling Arnold Palmer branded clothing and footwear in Asia, and his line of AriZona tea beverages.

Businesses: Tiger Woods has a longstanding deal with Nike. He also has endorsement deals with Rolex, Bridgestone golf balls, Monster Energy Drink, Upper Deck, Hero, and Kowa to name just a few. He also founded Tiger Woods Design, a golf course design business. His golf course design business is on the upswing with a course in Mexico that opened in 2014, a Houston course in 2015, and several others in the works, including the Trump International Golf Club in Dubai. Woods also markets headphones under the Sol Republic brand and The Woods Jupiter restaurant.

Businesses: Michael Jordan is the majority owner of the Charlotte Hornets. He also has endorsement deals with Nike, Hanes, Gatorade, other brands, which earn him $100 million per year.