By Joseph Gibson on January 20, 2012 in Articles › Entertainment

Do you have the time? If you own one of these extravagant timepieces—I sure hope you do. Both excessive and exclusive, these are the 10 most expensive watches in the world.

This antique gold-and-platinum stopwatch sold for $4.7 million at auction in 2012.

Beyonce gave this watch, which contains a total of 1,282 diamonds, to Jay-Z for his 43rd birthday.

This intricate watch was commissioned for a private client and took eight years to create.

Originally produced in 1941, this stainless steel-cased piece fetched just over $11 million at a 2016 auction.

Made in 1933 for banker Henry Graves Jr., this gold pocket watch took five years to build. It even includes a celestial calendar from Graves' Fifth Avenue apartment in New York City.

The center of this watch contains three heart-shaped diamond in yellow, pink, and blue.

Allegedly commissioned for Marie Antoinette by one of her lovers, Abraham-Louis Breguet began working on the watch in 1782, but was not completed before her death. It is now on display at Jerusalem's L.A. Mayer Museum.

This stunning piece contains 152.96 carats of diamond. T center diamond is a 38.14-carat D Flawless pear shape, and detaches into a ring that can be worn separately. 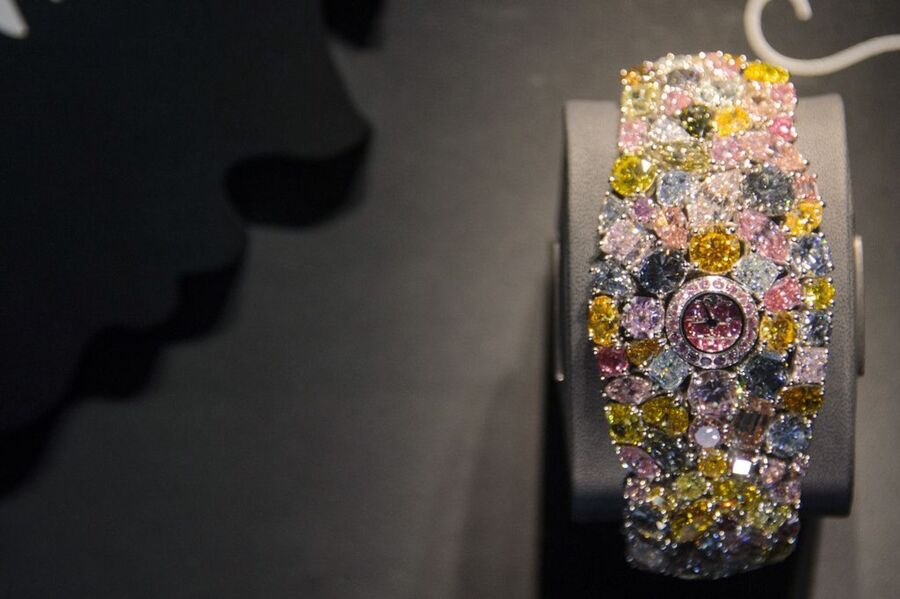 The world's most expensive watch was unveiled at the 2014 Baselword watch and jewelry fair. The tremendously blinged-out piece is made up of 110 carats of diamonds in various cuts and colors, including Fancy Pink, Fancy Yellow, Fancy Green, and Fancy Blue.