No one is going to dispute the fact that Tom Brady is one lucky son of a gun. The former sixth round draft pick out of the University of Michigan has six Super Bowl wins in his career and has certainly cemented his legacy and legend. He is widely considered one of the best quarterbacks in the history of the game by everyone. To Pats fans, he is simply the greatest quarterback ever, no question. You might find it interesting to learn that he isn't the highest-paid quarterback in the NFL – not by a long shot, actually. And he doesn't mind one bit.

Recently, Russell Wilson signed a $35 million-a-year deal with the Seattle Seahawks to keep him playing for Pete Carroll's team until 2024. By comparison, Brady makes a paltry $15 million a year. Tom Brady certainly has bargaining power to negotiate a better deal. But he's not really interested in doing that. All he's interested in, which is apparent, given his career, is winning. Let's remember that the man is married to super model and all around gorgeous person Gisele Bundchen. I'd say that's a fair trade. She's worth $400 million to Tom's $185 million, after all. 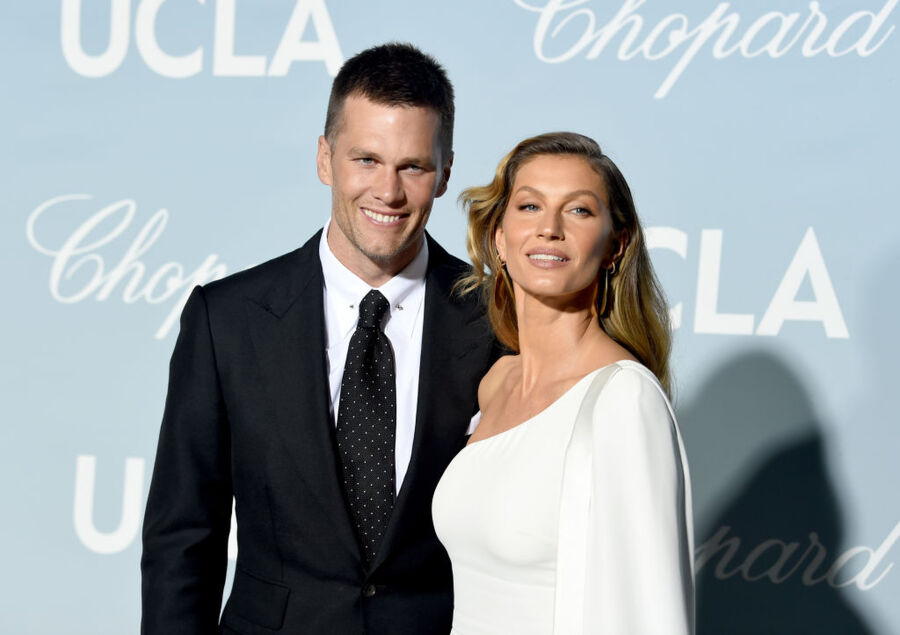 During an appearance on Jimmy Kimmel Live!, Brady explained that he doesn't really need the money and his teammates make his life easier since he's willing to take a lesser salary than most players of his stature and success. He said:

"I think the thing I've always felt for me, and my life, winning has been a priority — and my wife makes a lot of money. I'm a little smarter than you think."

He went on to say that the amount of his contract comes down to the salary cap and his desire to keep the Patriots' dynasty going.

"Actually, it's the salary cap — you can only spend so much. The more one guy gets, it's less for others. For a competitive advantage standpoint, I like to get a lot of good players around me."

At least Tom Brady knows how lucky he is and what a good life he has. And I like him a little better for not being a grab as much money as he can greedy mofo, you know?