How Did Tom Benson Become Rich Enough To Buy The New Orleans Saints?

By Amy Lamare on January 10, 2014 in Articles › Entertainment

The New Orleans Saints are beloved by their city. On any given day, at any given hour, cries of "Who Dat" can be heard up and down Jackson Street, Bourbon Street, throughout the city and deep into the New Orleans suburbs. Can you even imagine New Orleans without The Saints? That's like imagining Dallas without the Cowboys, New York City without the Yankees, Boston without the Celtics, Bert without Ernie, Felix without Oscar, Bill without Hilary… It seems unfathomable, but believe it or not there was a time in the 1980s when the Saints came within a heartbeat of relocating to Jacksonville, Florida. Fortunately, Tom Benson rushed in to save the day. But who is Tom Benson and how did he have the cash so readily available to save the Saints in the first place? 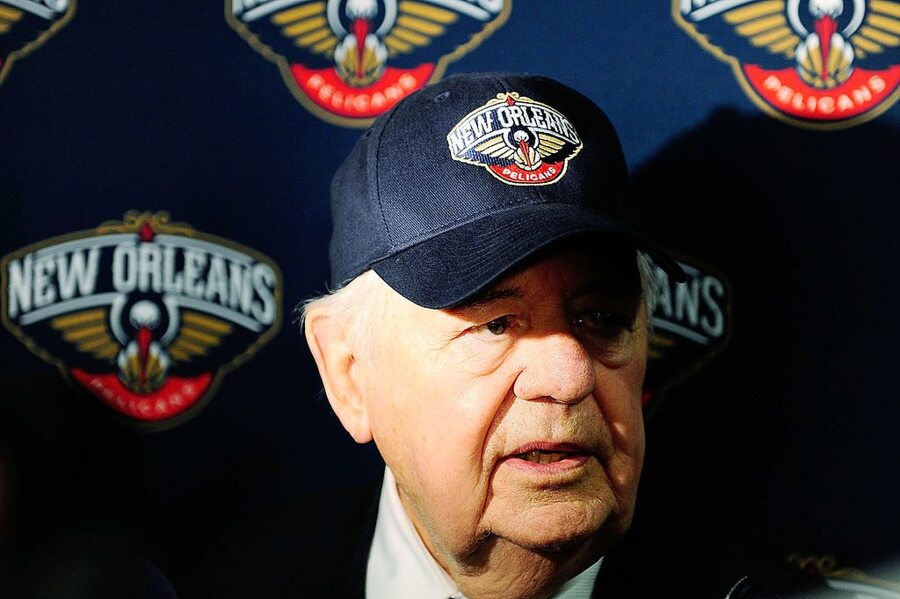 Tom Benson was born in New Orleans in 1927. He served in the U.S. Navy and then, in 1948, after his service, obtained an accounting degree at Loyola University of New Orleans. He went to work as a car salesman after college, selling Chevys at Cathey Chevrolet in New Orleans. In 1956, Benson moved to San Antonio to try and build up the business of a failing car dealership. The eager young businessman was given a 25% interest in the dealership for his efforts. In 1962, he opened Tom Benson Chevrolet, the first of several dealerships he would eventually own in New Orleans and San Antonio.

While owning a car dealership can lead to a very financially comfortable life, it's not exactly the career that NFL millions and billions are made of. Tom Benson showed his financial acumen by taking the profits from his car dealerships and investing them in local banks. This led to Benson acquiring a group of small Southern banks to form Benson Financial. Tom sold Benson Financial to Norwest in 1996 for a healthy profit. Today Benson also owns the local Fox affiliate, which airs Saints games.

New Orleans has Tom Benson to thank for preserving their beloved NFL franchise, a move that would lead to an eventual Super Bowl victory. In 1985, Tom found out from then Governor Edwin Edwards that the Saints were on the verge of being sold to a group that wanted to move the team to Jacksonville, Florida. Benson, a successful businessman, could not sit back and let that happen to his beloved city. Practically, he also recognized the extreme economic implications of the Saints moving to Florida on not just New Orleans, but the entire state of Louisiana as well.

Benson could not allow the move to happen. Louisiana was in a deep economic recession in the mid-1980s due to the severe drop in crude oil prices. In his mind, the Saints moving to Florida was akin to a death blow to the economy of his city and state. In 1984, the team owner at the time, John W. Mecom Jr, demanded a non-negotiable $75 million for the Saints. A year later, Benson was able to talk Mecom down to $70.204 million and the deal was done. Ownership of the New Orleans Saints officially transferred to Tom Benson on May 31, 1985. FYI, today the team is worth an estimated $970 million and Tom still owns 100% of the organization.

Tom quickly became known as one of the more colorful and popular NFL owners in the league after acquiring the Saints. He hired general manager Jim Finks and head coach Jim Mora and the Saints soon had their very first winning season in franchise history as well as a playoff appearance.

What people may not remember is that for most of the first 20 years of the Saints existence they were pitiful. Nicknamed the 'Aints, the team only posted a .500 season twice. In 1987, with Benson as the owner and Finks and Mora as GM and Coach, the Saints finished the season 12-3 for their first ever winning season and they also made the playoffs for the first time in franchise history. In 1988, the Saints went 10-6, which proved that 1987 wasn't a fluke and the Saints were a competitive team. It would take until 2000 for the Saints to get their first playoff win, and of course, until 2010 for the franchise to bring the Lombardi trophy home to N'awlins.

Tom Benson spent a number of years trying to convince the state of Louisiana how badly the Saints needed a new stadium. The Superdome was aging, and Benson stopped at nothing to make his point, even suggesting that the team may move elsewhere is their conditions were not improved. Things grew heated between Benson and the state. People began to fear he'd move the Saints to San Antonio, where Benson still had business interests.

Then, of course, Hurricane Katrina hit in 2005, devastating New Orleans and much of the Gulf Coast region. The Superdome was used as an emergency shelter for people displaced by Katrina. The stadium had suffered extensive damage from the hurricane due to flooding, internal damage, and part of the roof being torn off during the storm. Then there were the thousands of people living in the Superdome under less than ideal or clean conditions. 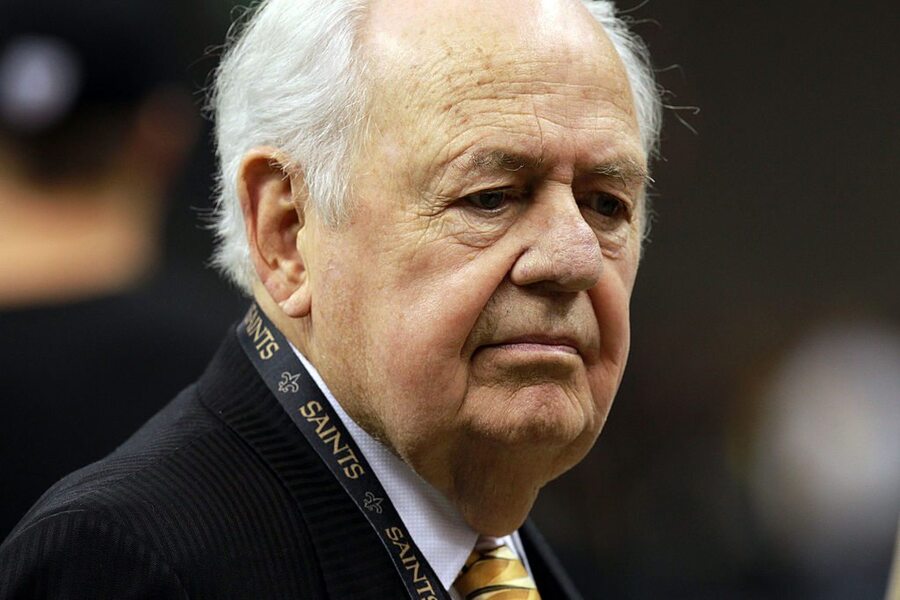 The Saints were forced to play their first home game of the 2005 season against the Giants at Giants Stadium in New Jersey. Other 2005 home games were played at either San Antonio's Alamodome or LSU's Tiger Stadium in Baton Rouge. During the 2005 season, it was rumored that Benson might use the unstable and damaged Superdome as the final straw in New Orleans relationship with the Saints. That was not the case, however, and the Superdome got a $185 million repair and renovation job in time for the 2006 season.

Can you imagine that Tom Benson, the man who loved his city enough to save the Saints back in 1985, relocating them permanently after Katrina? New Orleans needed the Saints more than ever as they rebuilt from Katrina. There was a lot of controversy during the 2005 season about Tom Benson's intentions regarding the Saints, however, ultimately, the nerves frayed by Katrina's aftermath calmed down and the Saints remained in New Orleans. It wasn't clear Benson ever truly intended to move them, but it seems plausible that the aftermath of Katrina led to doubts about the viability of not just the Superdome, but the city. The people of New Orleans needed time to heal. The celebration would return to Bourbon Street, it would just take some time.

In 2009, the Saints had an historic season. They won 13 games, more than any other year in franchise history, the won the NFC title. The Saints faced off in Super Bowl XLIV against Peyton Manning and the Indianapolis Colts, winning 31-17 for the franchise's first ever Super Bowl win. It is not only the Saints only Super Bowl win, it is their only appearance.

If not for Tom Benson stepping in to keep the Saints in New Orleans back in 1985, that Super Bowl win might have been celebrated by the fans in Jacksonville, Florida. Tom Benson is a colorful character well known for doing the "Benson Boogie" after home game wins at the Superdome. Benson would second line (A New Orleans jazz band tradition) dance down the field of the Superdome in the game's final minutes carrying a black and gold umbrella. In fact, ESPN' Michael Wilbon often calls Tom Benson "Boogie Benson" on "Pardon the Interruption". Tom Benson also owns the NBA's New Orleans Hornets, which he bought for $338 million in 2012. As of January 2014, Benson's personal net worth is $1.1 billion. Not bad for a former car salesman!