Today's GoPro IPO Not Only Made Company Founder Nick Woodman A Billionaire, His Entire Family Just Hit The Jackpot!

By Brian Warner on June 27, 2014 in Articles › Entertainment

After months of anticipation, earlier today digital camera company GoPro finally made its IPO on the NASDAQ under the ticker symbol GPRO. During the first day of trading, the company's stock price went through the roof. GPRO surged 38% on the first day alone. As of this writing, the company has hit a peak valuation of $10 billion dollars. At that level, company founder Nick Woodman (a former surf bum) saw his 45% stake quickly turn into $4.5 billion dollars. But Nick isn't the only member of the Woodman family who is having a seriously bodacious day! It turns out that Nick showered his family with significant pre-IPO shares of his company. Shares that today became worth many many millions of dollars. This story will definitely make you want to call up every estranged family member and patch things up quickly! Especially if that family member has the potential to be the future founder of a multi-billion dollar company!

Nicholas Woodman grew up in Atherton, California. His father was a successful executive who brokered the sale of Taco Bell to Pepsi. Nick was a B+ student who focused more on sports than academics. Once he discovered surfing, he was hooked. Against his parent's wishes, Nick attended the University of California, San Diego. His primary driver in picking UCSD was the fact that the campus was located steps away from great surf with 360 days a year of glorious Southern California sunshine.

After graduating college in the mid-1990s, Woodman got into the start-up game by founding an online gaming site called Funbug. The subsequent dot-com crash of the early 2000s ended up wiping Funbug off the map along with $3.9 million of his investors' money. Woodman's previously unshakable confidence took a big hit. To clear his head and figure out what to do next, he set out on a surf trip to Australia and Indonesia. He saw it as his last fling before coming home to take a respectable job and live out a life of middle class monotony. 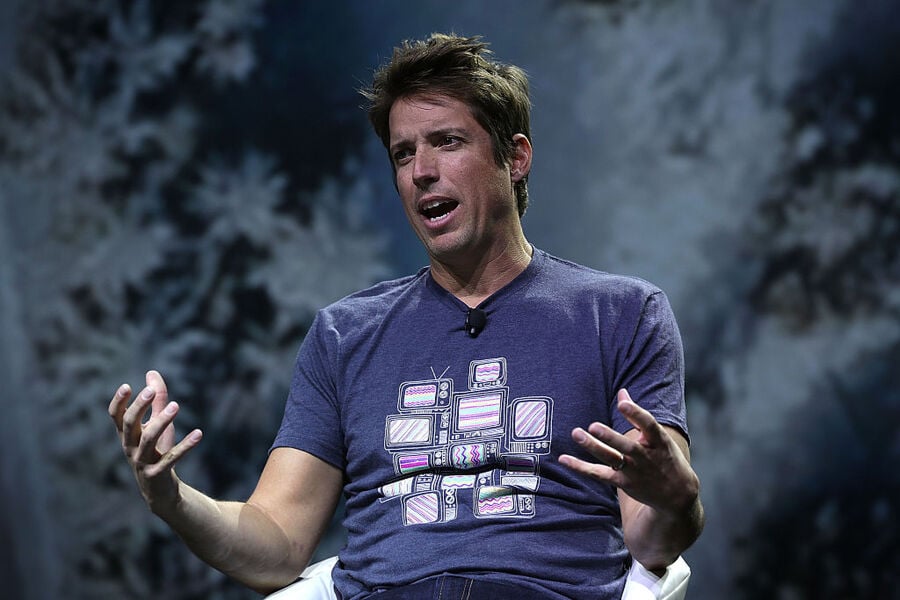 On that trip, Woodman brought along a gadget he made out of a broken surfboard leash and rubber bands that allowed him to secure a waterproof disposable camera to his wrist so that he could take the perfect picture when the wave was just about to hit. After five months, Woodman returned to California with the germ of the idea that would turn into GoPro. He was just 27-years old.

Using $30,000 of his own money plus $35,000 from his mother and two separate $100,000 investments from his father, Nick founded GoPro in late 2002. One of the earliest versions of the camera was waterproof, had WiFi, could be remote controlled, and had 64 GB of memory. It also cost less than $300. Woodman knew he was on to something when a Japanese company ordered 100 out of the blue. Since then, sales have grown astronomically. In 2012, the company sold 2.3 million cameras and earned over $600 million in revenue. In 2013, the company earned $985 million dollars. As we mentioned earlier, thanks to today's IPO, which valued the company at $5 billion, Nick Woodman is a billionaire.

So, what about the family members? How'd Nick's mother, father and two sisters make out? Thanks to a recently filed disclosure with the Securities and Exchange Commission (SEC), we can probably assume that the Woodman family is having a really big party somewhere right now. The details:

Dean Woodman (father): Well before the IPO, Dean sold a chunk of his early stake to a VC fund for roughly $7 million in cash. Poppa bear still owns 7.25 million shares that are worth $600 million dollars as of this writing. Just a little more than a week after father's day to boot!

When you total it all up (cash outs plus equity still owned), the Woodman family members had a $800 million day. Add that to the $4.5 billion that Nick just earned, and this family is now officially worth $5.3 billion dollars. And all of these numbers could just keep going up! I don't see the sales of GoPro cameras slowing down anytime soon, do you? Either way, the big overall lesson here is simple: Be nice to your family members! It's never too late to mend a broken bridge. Not only will your heart be warmer for the effort, someday you wallet might be fatter as well!!!