Meet The 21 Year Old Aspiring Singer Who Got A Record Deal Thanks to Dating App Tinder. Swipe Right.

By Paula Wilson on August 26, 2014 in Articles › Entertainment

The music industry ain't what it used to be.  There was a time when erstwhile rock, pop, blues, and jazz musicians would hone their talent, playing on the road, and in backyard parties, in school gymnasiums, and random outdoor venues.  If the group, or solo artist, was lucky or savvy, they'd put together their own demo and start shopping it to record executives.  If they were really lucky, they'd catch the ear of some A&R person, and they'd be brought into the studio system, where their talent would be nurtured and shaped until they emerged as fully-formed artists to go on to long and successful careers.  That doesn't exist anymore.  With the rise of social media, viral videos, and user-created content, most record labels now expect artists to craft their own following and fan-base, and to have those things in place before approaching a label.  If you don't already have buzz, record sales of your own, and an appreciable social media following, you're probably not viable as far as a studio is concerned.  They're not going to take the time nurture and promote you like the executives of yesteryear.  On the flipside, if you are lucky enough to blow-up via social media, you can almost certainly expect a call from an executive or two.  In the case of musician Ryn Weaver, however, she forged an unlikely path to musical success all her own – with the help of the dating app, Tinder.

If you haven't been living under a rock for the last couple months, you've probably heard Ryn Weaver's two breakout tracks, "OctaHate" and "Promises".  "OctaHate" was released first, and quickly became the song to love if you were a major label artist who wanted to show off your knowledge of the indie music world.  Musicians like Jessie Ware and Hayley Williams tweeted their love for the track, and it racked up an impressive 200,000 plays in 48 hours on SoundCloud.  From there, it was only up.  "OctaHate" ended up reaching #2 on Billboard's "Emerging Artists" chart, impressive for a debut song.  Weaver's second release, "Promises", is burning its way up the charts now, too, and giving "OctaHate" a run for its money.  It would seem that the 21-year-old's sudden fame is the epitome of overnight success. However, that wouldn't be the entire truth.  The real story of how Ryn Weaver took over the airwaves is actually relatively commonplace, except for one random moment of kismet that made all the difference. 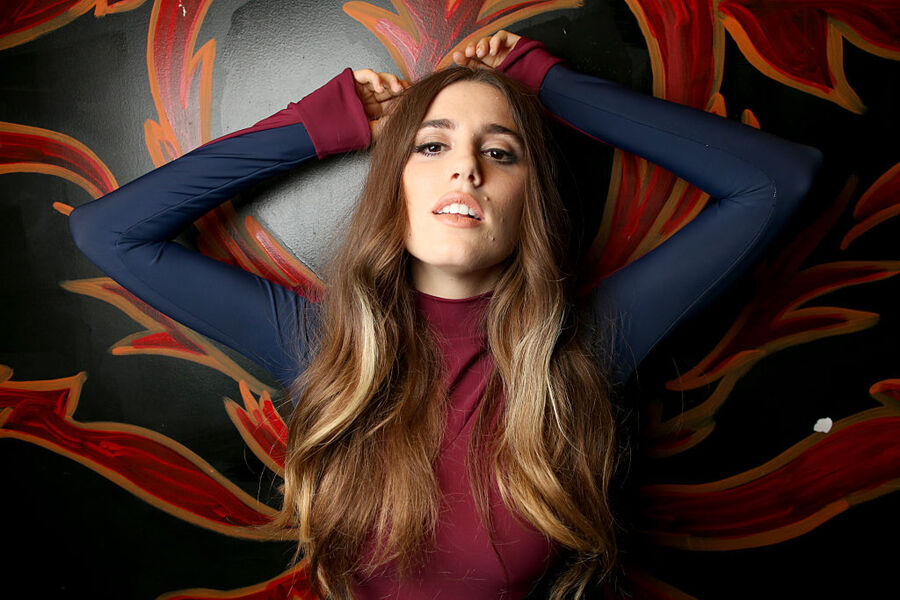 Ryn Weaver, also known as Aryn Wuthrich, was originally interested in being an actress.  She moved to New York to attend acting school, and began writing music in earnest while studying to be an actor.  She was working two jobs, trying to go to school, and trying to write tracks, all at the same time. As she put it in an interview with Fader, "I wasn't sleeping enough to do any of it".  During her years in New York, she went to various house parties and gatherings of artists.  A painter and sculpture, as well as a musician and actress, she was always interested in all things artistic.  While at a Halloween party with her now-ex-boyfriend, she met music producer Benny Blanco.  Blanco has worked with a number of high profile artists producing tracks like "Diamonds" (Rihanna), "Payphone" (Wiz Khalifa & Maroon 5), "Blow" (Ke$ha), "Dynamite" (Taio Cruz), "Circus" (Britney Spears), and "I Kissed a Girl" (Katy Perry). The pair ended up having an extended conversation about making music and art that evening, and then went their separate ways.  Originally from California, Ryn Weaver eventually returned to the West Coast, and began couch surfing, while working odd jobs and trying to launch a music career. 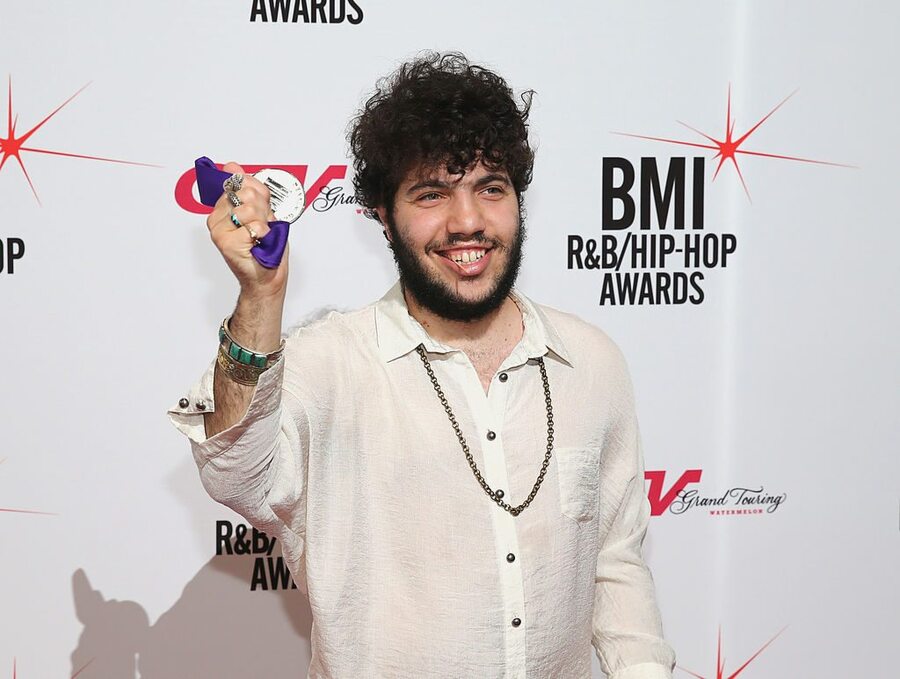 Fast-forward four years, and Ryn had released a few tracks independently to SoundCloud, Stereogum, and other online music platforms. She'd joined multiple songwriting groups, and her lyrical content has matured.  Her tracks "Heartbreaker" and "You", posted to SoundCloud under the name FemFemFem, had garnered respectable amounts of play, and her cover of Joanna Newsom's "Peach, Plum, Pear" was a major favorite.  However, she was still working odd jobs, and trying to figure out what to do with her growing songwriting and performing abilities.  The last thing on her mind was a random Halloween night conversation with Benny Blanco, but fate was about to intervene.

While hanging out with a friend who was using the dating app, Tinder, her friend pointed to a profile and said, "Who is this guy? We have mutual friends!"  Ryn took a look at the profile and said, "Oh my god swipe yes!  I know him!"  It was Benny Blanco.  The two friends ended up going to his birthday party while he was in Los Angeles.  While Ryn's friend hit on the producer, Ryn re-introduced herself and let him know that she was trying to launch a music career.  As she says, the conversation went something like this, "Um, let me talk to you for a second, I've been really trying with the music thing."  His response?  "Well, good luck."  Not exactly the most auspicious answer, but now she had an in.  The next day, she sent him, and some of the other producers she met at his party, her Soundcloud.  Two days later, he called.  His new response?  "We really want to work with you."  For all intents and purposes, preparedness, a bit of luck, and Tinder, had helped broker Ryn Weaver's first record deal.

She is now signed to the indie label, Friends Keep Secrets, Benny Blanco's new imprint.  Her debut EP, "Promises", was produced by Blanco, Cashmere Cat, and Michael Angelakos of Passion Pit.  The trio of excellent producers is an almost unheard of production team for a debut EP.  The result is a very polished four song EP, and two tracks that have become unofficial summer anthems.  At the heart of the slick, yet raw, tracks, is a young singer who seems to actually be genuinely talented.  She wrote the tracks and the EP is, as she puts it, "her vision".  It's a darn good vision.  If her EP is any indication of what we can expect from her, this is one "overnight success" who will be around for many, many nights to come.