The Time George Harrison Bought The Most Expensive Movie Ticket Ever

By Max Savage Levenson on January 26, 2015 in Articles › Entertainment

What's the most amount of money you would be willing to pay to see a movie? $15? Maybe $20? What if you knew the movie was going to be amazing because it was being written and directed by your favorite actors and comedians? In that case, maybe you'd be willing to spend $40 or $50 for a ticket? But anything above that would just be silly. We can all agree that it would never make sense to spend thousands of dollars to see a single movie, right? What if I told you that back in the late 70s, someone paid $4 million to see ONE MOVIE!

It all began in 1977, when the Monty Python crew took a lovely weekend trip over the English Channel to Paris together. During the trip, Eric Idle made a crass little comment about making a biopic of the lord savior himself, Jesus Christ. From that seemingly insignificant comment, a script was written for a movie that would eventually be called Life of Brian. The Pythons set a meeting with their production company, EMI Films, and secured the funds to go ahead and turn the script into a full-length movie.

Unfortunately, EMI got cold feet. Just days before shooting was to begin, EMI's executive producer, John Goldstone, finally woke up and realized he was making a movie about the life of Jesus with Monty Python. Knowing the Monty Python clan's propensity for the less-than-verbatim re-imagining of historical events and fearing the worst, Goldstone had a panic attack and pulled all of their funding.

It was a terrible turn of events. Hundreds of people had already been hired. Locations were secured. Equipment was rented. Deposits had been made out of the group's own pockets.

In a desperate moment they never thought would actually work out, the Pythons scored a meeting with someone with deep pockets who they knew was a fan of their previous work. That deep-pocketed fan was none other than George Harrison.

After reading the script, George couldn't in good conscience allow this movie to go unmade. So he offered to help out with financing. But he didn't just give the Python crew a handful of pounds to keep them going, he launched his own production company to fund the project! HandMade Films was the name, and keeping Monty Python afloat was the game.

Harrison forked over £4 million pounds of his own money to keep Life of Brian on schedule. In today's inflation-adjusted dollars, that's the same as $15 million dollars.

The Pythons were understandably ecstatic and grateful. But they also sort of assumed that £4 million was a drop in the bucket for a Beatle. It wasn't. 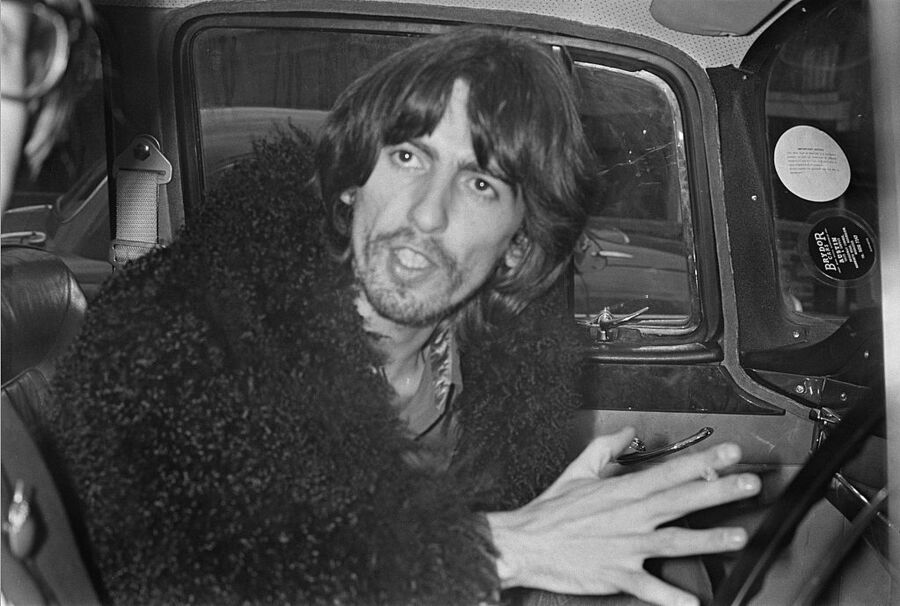 The late 1970s were actually not a financially successful time for bands like the Beatles and the Rolling Stones. This was back before merchandising, touring revenues, and music licensing had been perfected into an enormously lucrative industry. In reality, The Beatles didn't even own the majority of their music rights.

As crazy as it sounds, in order to come up with the £4 million, George had to mortgage his London estate. His business managers (and his wife) were understandably furious. Why would anyone make such a stupid investment??? In classic George style, he later admitted that he only supported the film because he "wanted to go see it".

Years later, Eric Idle would describe George's investment as the "highest price ever paid for a cinema ticket."

As the EMI executive suspected, the film did indeed face a significant backlash upon its release. But Harrison defended the movie to a fault, arguing that:

"It's only ignorant people, who didn't care to check it out, who actually thought that it was knocking Christ. Actually, it was upholding him and knocking all the idiotic stuff that goes on around religion."

Life of Brian opened on August 17, 1979 in just five North American movie theaters. Each screening was sold out for days. Opening weekend brought in $140,000 from those five theaters–a huge amount of money for such a limited release. The movie was soon expanded worldwide and became a HUGE HIT. The movie eventually grossed $20 million worldwide. That's roughly $80 million in today's dollars. It was one of the highest-grossing movies of the year, and the most popular British film ever released in the US for many years. Life of Brian is now considered one of the classics of all time. Several magazines and film critics have actually ranked it as the #1 funniest movie of all time. Harrison not only made back his entire investment, as the movie became a cult hit on home video he turned a huge profit.

At just about this time, Harrison bumped into EMI ex-executive producer John Goldstone at a business meeting in London. Harrison happened to be holding a copy of Variety magazine in his hand. The magazine contained reports of Life of Brian's extremely impressive box-office numbers up to that point. Harrison waved the magazine at Goldstone and said "Thanks for backing out!"

So how do you thank a guy who just saved your entire project from the dumpster? You put him in the movie, naturally! Harrison's cameo as Mr. Papadopoulos in The Life of Brian was only a few seconds long, but even in that tiny on-screen moment, as he squeezes through the pushy Jerusalem crowds, you can see the glimmer of glee in his eye, a giddy realization that he made the whole thing happen:

It was the most expensive movie ticket ever, but worth every penny!