At The Time Of His Arrest The Silk Road Guy (Ross Ulbricht) Had 144,000 Bitcoins. Here's How Much That'd Be Worth Today…

By Brian Warner on December 10, 2017 in Articles › Entertainment

Remember Ross Ulbricht? He's the guy who created the Silk Road. What's the Silk Road? Read this article for a detailed background. Long story short, the Silk Road was an underground internet marketplace for all kinds of stuff… but it was mostly used for people to buy illicit items such as drugs, guns and hit men. Ulbricht was arrested in October 2013 by FBI agents who had spent the better part of a year trying to track down the elusive marketplace creator/operator who was only known by his screen name, "Dread Pirate Roberts".

At the time of his arrest, Ross was 29 years old. He was arrested after FBI agents tricked him into paying an undercover fake hit man to murder a member of the Silk Road community who was threatening to rat him out to authorities.

The Silk Road was sort of like ebay for illegal items. And like ebay, the Silk Road took a small fee every time someone posted an item for sale. That fee was paid in Bitcoin and it went straight to Ross.

During its time operating, the Silk Road reportedly processed $9 billion worth of transactions. Along the way, Ross built up an impressive little collection of Bitcoin. 144,000 Bitcoins to be exact. At the time of his arrest (October 2013), a single Bitcoin was trading for around $180. So Ross's Bitcoin stash was worth roughly $25 million. 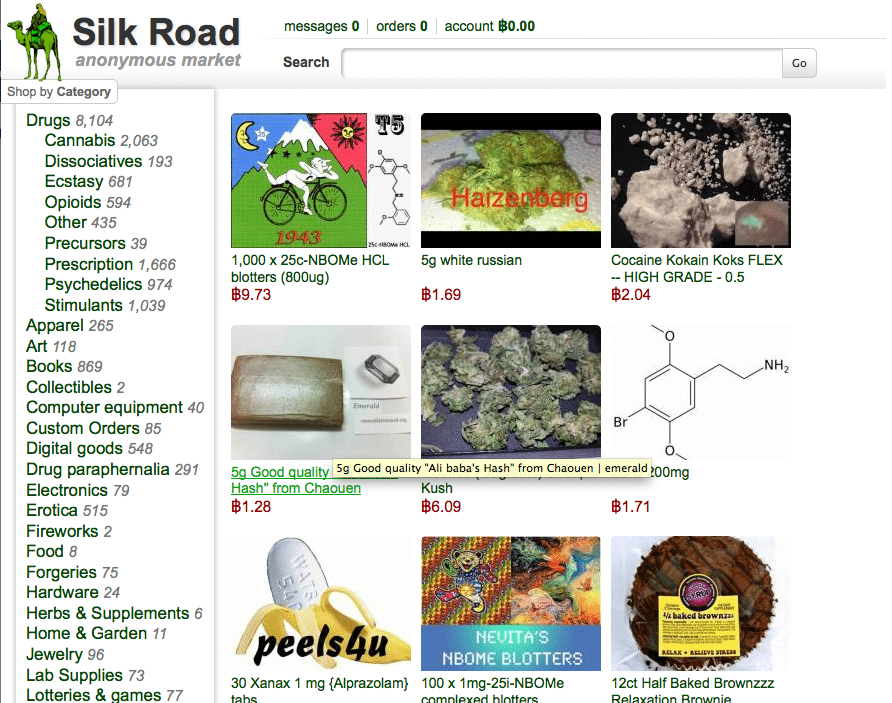 A jury eventually convicted Ross of a variety of charges including money laundering and conspiracy to sell narcotics. A judge sentenced him to life in prison and ordered him to pay $180 million in monetary judgments.

When he was arrested, the FBI seized Ross' Bitcoin account. Interestingly, some of the FBI agents involved in Ross' capture were eventually arrested for stealing some of Ross' seized Bitcoins and trying to sell them privately. But that's a whole other story. Ross also fought to keep the coins, but a judge ruled against him.

Once the monetary judgment came down, the FBI got approval to sell off Ross' entire Bitcoin account. The sale netted $48 million.

So how much would his Bitcoin stash have been worth if it still existed today? Well, as of this writing, a single Bitcoin trades for $15,617. Ross had 144,000 Bitcoins. Therefore, if Ross had never been arrested, today his Bitcoin stash would be worth:

Oh and that's assuming he never collected any more fees from operating the Silk Road. It's highly conceivable he would have 2-3 times as many Bitcoins today had he never been arrested and simply kept operating as normal. Alas, that's not how the story played out for Mr. Ulbricht. He is now being held at a federal prison in Colorado and he will be there for the rest of his life without a possibility for parole.